Lucien Laviscount (AKA Alfie) stole all of our hearts in the second season of Emily in Paris. The actor was first introduced as Emily Cooper’s new love interest in the show. And now, it seems the dashing young man will return for more adventures in the third season.

During an Emily in Paris discussion panel at PaleyFest, the show’s creator Darren Star announced that the 29-year-old actor will return for the third season. Per Deadline, he has been promoted to series regular for the new installment. 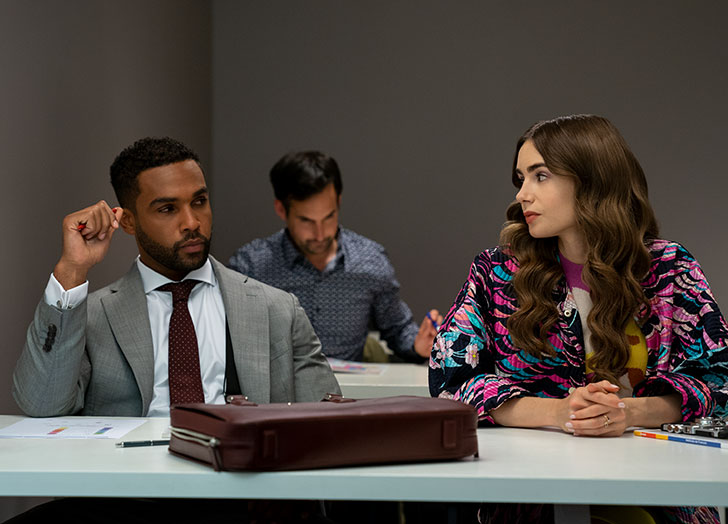 The London-based businessman and Lily Collins’s character first met in a French class. Their friendship flourished into a romantic relationship after they started having feelings for each other. The second season ended with him leaving Paris and returning to the United Kingdom.

Earlier this year, Netflix renewed the popular series for a season three and four. Collins herself even celebrated the news on her own IG page. While wearing an Emily in Paris themed shirt in the snapshot, the actress wrote in the caption, “Woke up early to give you some VERY exciting news… @emilyinparis is back for Season 3… AND wait for it, Season 4!!!!!”

She added, “I can’t tell if Emily would love or hate this announcement outfit but she’d be screaming either way. Truly love you all, thanks so much for the incredible support. Seriously cannot wait for more. Merci Beaucoup!!…”

Back in December, the showrunner sat down with TVLine and teased what fans should expect from the upcoming season.

“[Emily’s] faced with a major decision. She has reasons to pick a number of doors at the end of season two, and our challenge is deciding which of those doors she’s going to choose and why,” Star told the outlet. “That’s what season three is going to be about. When you live in a foreign country, one of the questions is, where’s your heart? Is it the place you came from, or the place you are at the moment? Emily is going to be struggling with that, as well.”

Can’t wait to see you in season three, Lucien!