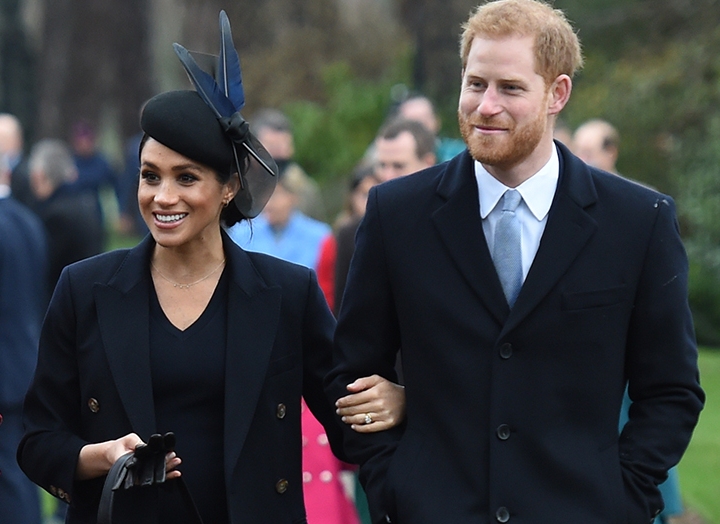 Months after their big move to the United States, Meghan Markle and Prince Harry have officially purchased their permanent, family home.

Yup, after living in Vancouver and Los Angeles, the Duke and Duchess of Sussex recently bought a house in Santa Barbara, California, according to People. And, apparently, Meghan, Harry and baby Archie moved into the community (which is shared by other famous pals like Oprah Winfrey and Ellen DeGeneres) last month.

A representative for the couple told the outlet, “They have settled into the quiet privacy of their community since their arrival and hope that this will be respected for their neighbors, as well as for them as a family.”

The royals’ new home is about 100 miles north of the L.A. estate (formerly owned by Tyler Perry) they’ve been staying at since the beginning of quarantine. Prior to living in California, the trio spent time on Vancouver Island after they officially stepped down as senior members of the royal family.

And it seems like Meghan and Harry plan on staying put in their new place for a long time. In a Page Six exclusive, a source revealed that this is the first home either of them has ever owned. “They intend to put down their roots in this house and the quiet community, which has considerable privacy,” they continued. “This is where they want to bring Archie up, where they hope he can have as normal a life as possible.”

We’re not surprised the couple opted for a more secluded neighborhood outside of busy Los Angeles, where they’ve already had a handful of privacy issues and even filed a lawsuit against paparazzi.

We’re just happy to see the Sussexes finally in a place of their own where they can begin their new, non-royal life.