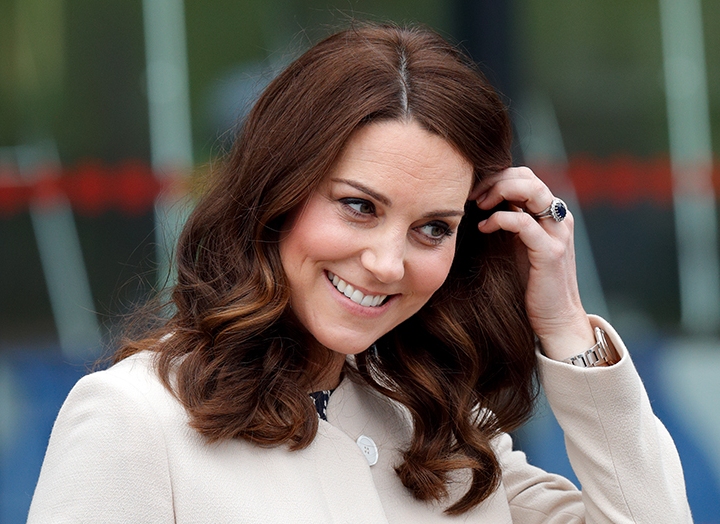 We’d be nervous to breathe on—let alone touch—Kate Middleton’s sapphire engagement ring. So, we were understandably taken aback when the Duchess of Cambridge, 38, didn’t bother to remove it during her recent gardening outing.

Earlier this week, Middleton visited the Nook center in Norfolk and planted a sensory garden alongside volunteers from East Anglia Children’s Hospices. After the visit, Tracy Rennie (EACH’s director of care) told ITV that the duchess seemed right at home—so much so that she put her iconic engagement ring at risk for the sake of getting down and dirty.

“She didn’t need the gardening gloves we offered her,” Rennie said. Middleton “even plunged her hands into the earth with that massive engagement ring on!”

The 12-carat sparkler was passed down by Prince William’s dad, Prince Charles, who originally gave it to Princess Diana in 1981. William later proposed with it as a “way of keeping [Diana] close to it all,” he explained in 2010.

Middleton’s outing was in honor of Children’s Hospice Week. While there, the duchess revealed that she’s been teaching her three children—Prince George (6), Princess Charlotte (5) and Prince Louis (2)—how to garden.

“The children are really enjoying growing their sunflowers,” she said. “Louis’s is winning so George is a little grumpy about that!”

Fingers crossed Middleton has a professional-grade jewelry cleaner at the ready.