Today, the Duchess of Sussex made her first appearance alongside her husband, Prince Harry, at the 2022 Invictus Games in The Netherlands. Markle wore a gorgeous all-white outfit that stood out next to Harry who wore a dark ensemble. 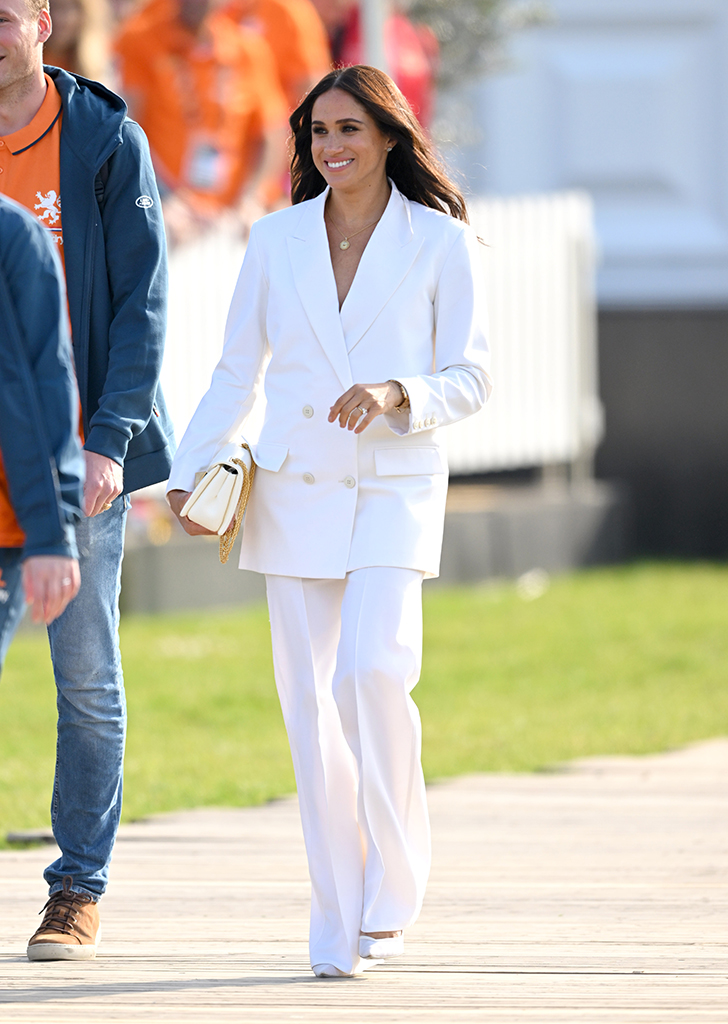 Markle wore an all-white suit by Valentino, featuring a pair of tailored slacks and a double-breasted coat. She accessorized the look with a chic white bag, a dainty necklace, a gold watch and white pumps by Aquazzura, according to Harper’s Bazaar.

The appearance shouldn’t come as a huge surprise, since a spokesperson previously confirmed that Markle would attend the international sporting competition with her husband. (FYI, this year’s games will be held from April 16 to 22 at The Hague.)

The event comes just one day after Prince Harry and Markle stopped by Windsor Castle to visit Queen Elizabeth. As Hello! magazine pointed out, there was a hidden meaning behind the surprising outing, which took place on April 14 (AKA Maundy Thursday). The religious holiday—which is sometimes called Holy Thursday or Sheer Thursday—holds a special meaning to those who follow the Christian calendar. Not only does it occur a few days before Easter Sunday, but it also focuses on forgiveness.

The question is: Will Markle’s white suit last the day without getting stained? *Crosses fingers*