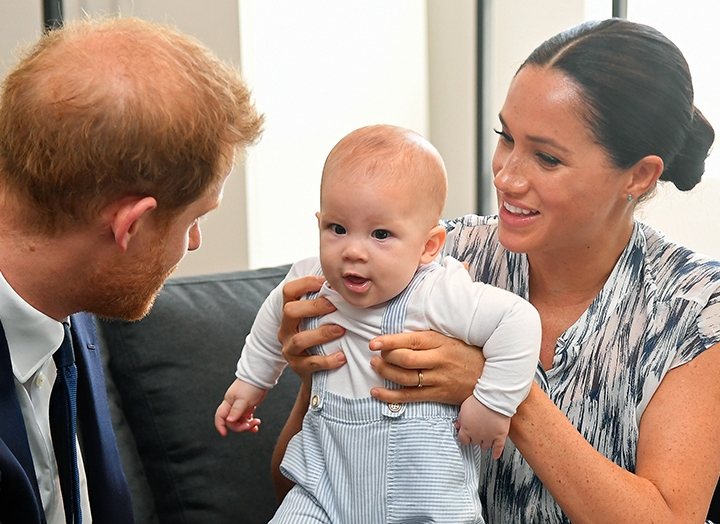 Prince Harry recently revealed that Meghan Markle convinced him to try therapy after she realized that he was struggling with his mental health. However, we’re now learning that talk therapy isn’t the only thing the Duchess of Sussex has introduced to her family.

According to a new report from The Daily Mail, the 39-year-old also is getting the Duke of Sussex, their son Archie and even their pets involved in other alternate healing techniques including tapping therapy and reiki.

“[Meghan] is convinced that tapping has helped both her and Harry release negative patterns imprinted on their DNA from past generations—generations going all the way back to even the darkest of times including slavery, war, you name it,” a source close to Markle told the outlet. “Meghan also does reiki on herself, and even on Archie and her dogs to help them feel more balanced and relaxed.”

If you’re unfamiliar, reiki (pronounced ray-key) is a type of energy therapy that was founded in Japan by Dr. Mikao Usui in 1914 (although some argue that other forms of reiki have been around for much longer than that). The practice aims to decrease stress and increase relaxation by transferring energy through the practitioner's palms to their client (hence why it’s also known as hands-on-healing).

During the session, the practitioner will either lightly place their hands on specific areas of the body or holds their hands a few inches above the body. They’ll continue to do this for several minutes on each area, transferring healing energy to the spots that need it the most. Sessions usually last around 60 to 90 minutes.

It’s important to note that reports on Markle's reiki practice should be taken with a grain of salt, especially since nothing has been confirmed by the duke or duchess themselves.

No matter what types of healing practices their family is using, we’re just happy it’s working for them.