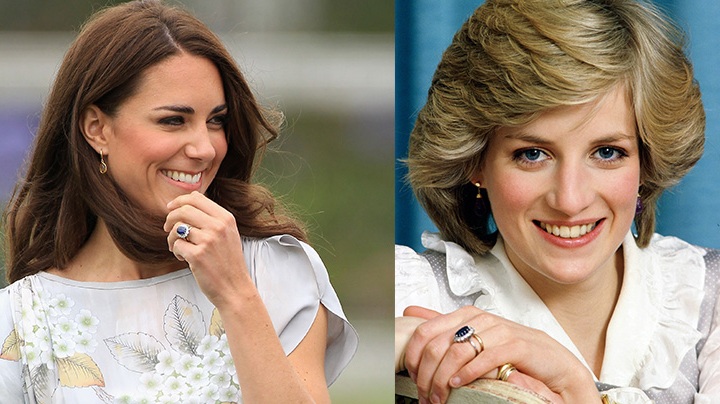 As any royal devotee worth their salt knows, Kate Middleton’s engagement ring once belonged to the late Princess Diana. There’s no denying the 12-carat sparkler is stunning, but did you know the ring has somewhat of a controversial past?

Long before it sat on Kate Middleton’s finger, the iconic piece was one of the many ring options Prince Charles presented to Diana when they became engaged in 1981. Diana opted for the Ceylon sapphire in a white gold setting designed by crown jeweler Garrard. There was only one issue: It was a “stock item,” which meant any well-heeled individual could snag one of their own. (Royal rings are traditionally bespoke.) The princess of the people liked it so much that she continued to wear it even after she and Charles divorced in 1996.

Long after her passing, Prince William proposed to Kate Middleton with his late mother’s ring as a “way of keeping her close to it all,” he explained in 2010. Neither seemed to mind that the ring symbolized a marriage that failed to stand the test of time.

Complicated history be damned, that’s one gorgeous piece of bling.