When Prince Harry and Meghan Markle tied the knot back in 2018, it was quite the star-studded event, with celebs like George Clooney, Victoria Beckham, Serena Williams and more attending the royal nuptials. Meanwhile, ﻿Luther ﻿star Idris Elba ended up DJ'ing for the couple, and he previously explained how he got the gig to Ellen DeGeneres, saying, “So Harry and I have hung out a couple of times through his dad’s charity—The Prince’s Trust—which really helped me out as a young actor...I met Harry and William a few times, and Harry came to a couple of parties that I DJed, and he was like, ‘Hey, man, what are you doing on [May 19]? Would you DJ at my wedding’”

And the rest was history. But now, Elba brought up the royal wedding gig once again while co-hosting BBC Radio 1Xtra’s Rap Show with Tiffany Calver. During his appearance on the show, Elba revealed that there was one song Markle really wanted on the wedding playlist: “Still D.R.E.” by Dr. Dre. 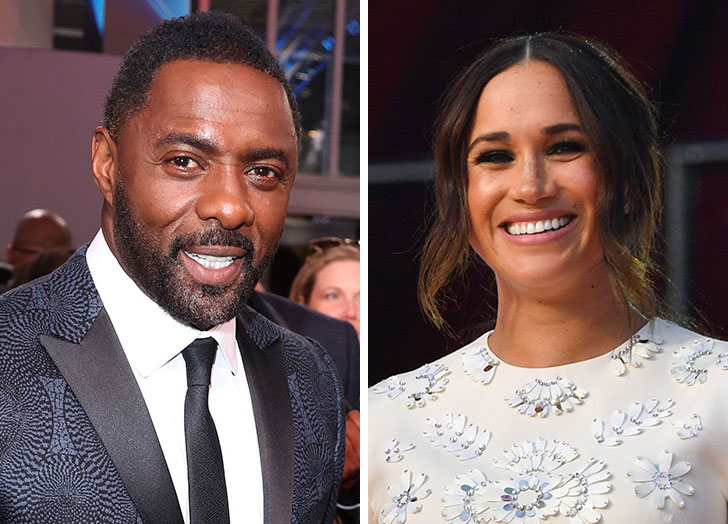 When asked what songs the guests were dancing to at the Duke and Duchess of Sussex's wedding, Elba said, “Still D.R.E. by Dr Dre went off! It was Meghan’s choice.”

Elba has previously discussed how nervous he was for the gig. In a report from The Daily Mail, it was revealed that The Wire star really wanted to get it right. “This wasn’t like my cousin’s wedding,” he said. “This wasn’t at the community hall—the reception...This was a big, big deal. They’re good friends and I wanted to make sure they had a great time, so there was a lot of pressure.”