What Is a Whole-Foods, Plant-Based (WFPB) Diet and How Is It Different Than Eating Vegan?

In your quest for wellness, you may have come across the words “whole foods” and “plant-based.” And although you want to lead a healthy lifestyle (and hey, maybe even shed a few pounds), the idea of subsisting on lettuce leaves alone isn’t exactly appealing. But what is a whole-food, plant-based diet, anyway? Relax—this healthy eating plan allows for plenty of delicious food and is surprisingly flexible. Here’s a handy beginner’s guide.

45 Whole-Food, Plant-Based Recipes That Are Clean (but Taste Naughty) 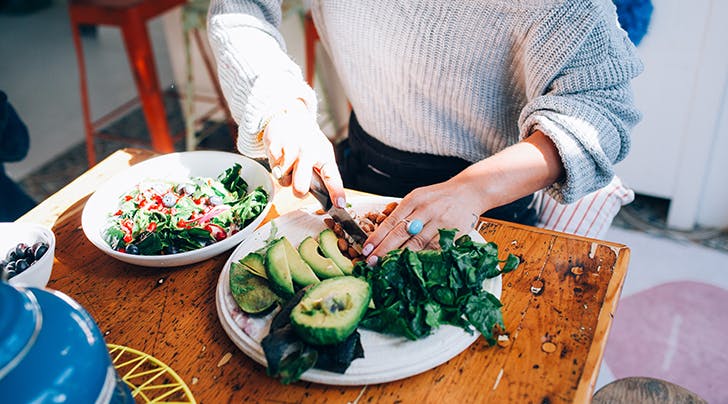 What Is A Whole-foods, Plant-based(wfpb) Diet?

It's OK to be confused about what this eating plan entails since there is no single definition of what constitutes a whole-foods, plant-based diet. Whereas some diets come with a strict set of guidelines, this one is more of a healthy eating concept that leaves certain details (like exactly how much, if any, meat is allowed) up for interpretation.

Yep, you can still eat chicken fajitas on the WFPB diet (on occasion). Following a WFPB diet doesn’t necessarily mean forgoing meat and animal products entirely—although you can if you want to, and many people do. Instead, the idea is to eat mostly whole, plant-based foods and, if desired, modest amounts of fish, dairy and lean meat, as well as red meat sparingly. The Mediterranean Diet and vegetarian diet are two examples of plant-based diets.

While plant-based diets vary depending on the amount of animal products (if any) included, there are a few basic principles of the WFPB diet. Here are some general guidelines:

What Can I Eat?

A lot of great stuff, actually. Legumes, whole grains, fruits and vegetables are all staples of a plant-based diet. That means you might start your day with a bowl of quinoa porridge made with almond milk (yep, good-for-you carbs are definitely allowed, in moderation), followed by a hearty roasted squash and tofu with soy, honey, chili and ginger and then shrimp and cauliflower “grits” for dinner. Need an afternoon pick-me-up? Try a handful of nuts or seeds. And while French fries and cupcakes are technically plant-based, that’s not really what the diet is about. (See earlier note about staying away from refined and processed foods.) Stick to the healthy stuff, OK?

And What's Off The Menu?

And while some people following a WFPB meal plan include healthy animal foods in their diets, the idea is to minimize them. That means cutting back on beef, pork, poultry, eggs, dairy, seafood and game meats. 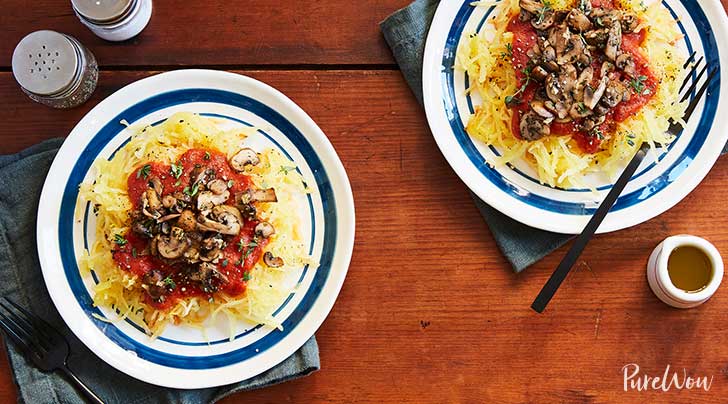 What's The Difference Between A Whole Food, Plant-based Diet And A Vegan Diet?

Your best friend just started the vegan diet. And your yoga teacher follows a strictly plant-based diet. You know that cheeseburgers are probably off-limits for both, but do you know what makes them different? We checked in with Nadja Pinnavaia, PhD, founder of plant-based meal delivery service and nutritional coaching platform Plantable, to get the low-down on these two veggie-focused eating plans.

The first thing to know is that vegans and plant-based eaters may have different reasons for eating the way they do. According to Pinnavaia, “Veganism originally arose from the philosophy of not wanting to cause unnecessary suffering to animals.” People who are vegan for that reason, she told us, are called ethical vegans. On the other hand, “a plant-based diet originally arose from the health benefits associated with incorporating more plants into one's diet.”

But the main difference between these two groups is that vegans avoid all animal products—no exceptions. Plant-based dieters, however, are more focused on eating real, unprocessed foods from plants. That means that someone who identifies as a plant-based eater predominantly eats plants but might eat an occasional piece of organic fish or free-range chicken.

Pinnavaia also tells us that eating plant-based leaves less wiggle room for unhealthy foods. “The biggest difference between a whole food, plant-based diet and veganism is the quality of food,” she explains. “You can eat Oreos and French fries all day long and be vegan, but that would not be whole food, plant-based eating.” A plant-based diet, she stresses, “is devoid of added sugar and refined grains. Instead it’s a diet made up of whole grains, vegetables, legumes, nuts and seeds. It would not contain highly processed, plant-based animal derivatives—like fake cheese.” This, of course, doesn’t mean all vegans eat Oreos and fries, but some are a little more lenient when it comes to junk food.

What Are The Potential Health Benefits Of A Wfpd Diet?

Experts agree that plant-based diets are good for your wellbeing as well as the environment (more on that below), provided that you focus on good-for-you foods and not just ones that happen to be made from plants (like, you know, sugar).

“A whole food, plant-based diet that is devoid of added sugar, refined grains and processed foods, keeps insulin in check,” says Pinnavaia. “It is rich in fiber, which slows down digestion and reduces inflammation. It’s also filled with the natural nutrients that our bodies need to thrive,” she adds.

In particular, a plant-based diet has been shown to maintain a healthy heart and weight. There is also evidence that it can help slow or stop cognitive decline and Alzheimer's disease. Not too shabby.

Are There Any Downsides To The Diet?

Not really, although if you’re going to give up animal products entirely then you should check in with a doctor to make sure that you’re getting all the nutrients you need and if you need to take any supplements (like vitamin B12, for example).

What About The Environmental Impact?

Great news: Switching to a plant-based diet doesn't just benefit your health—it's great for the environment, too.

Eating less animal products can help reduce water consumption and greenhouse gas emissions (both through the methane gas the animals produce as well as deforestation to expand pastures), per a study published in the journal Science.

And by opting for more local, sustainable produce, you can also help reduce greenhouse emissions associated with transport and storage. Just another reason to hit up your neighborhood farmers market this weekend. 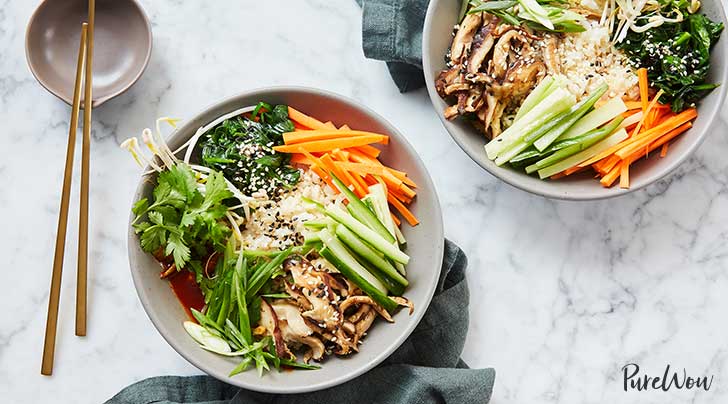 Ready to try the WFPB diet out for yourself? Here are nine tasty dishes to get you started:

You don’t need a degree in nutritional science to know that eating more fruits and vegetables is good for you. But if you’re not ready to go full-on vegan or vegetarian, embracing a whole-food, plant-based diet could be the step in the right direction your body needs. Start by swapping one meal per day to plant-based, then work your way up. Besides, who needs steak when you have cauliflower steaks with lemon-herb sauce?

The Best Vegan Subscription Box? We’ve Got 20 of Them