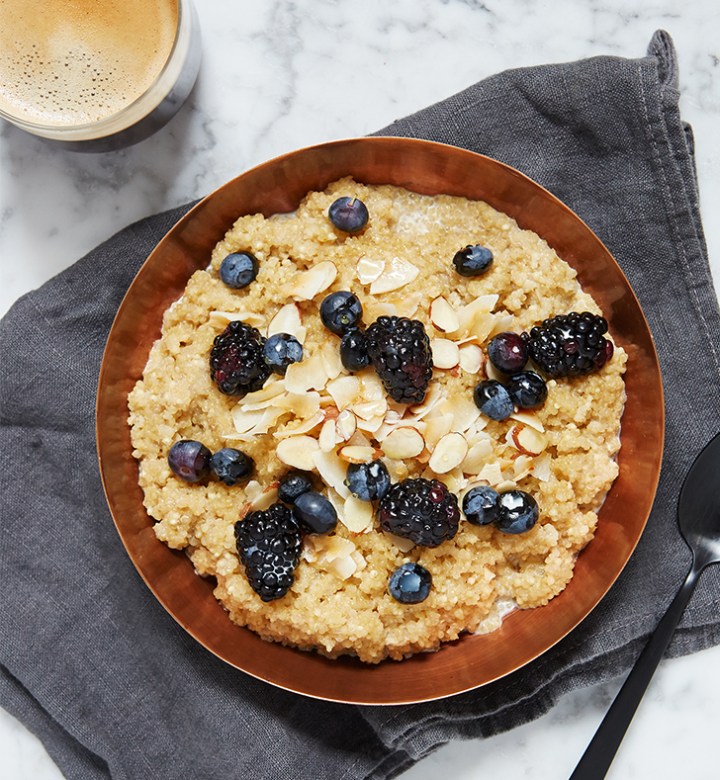 Oatmeal is so 2015. So we came up with a tasty alternative made with quinoa and almond milk. It’s a filling and delicious way to start your day, especially since you can add your favorite toppings. (We love a combo of toasted coconut, slivered almonds and berries.)

1. Heat a medium skillet over medium heat. Add the shredded coconut in an even layer and cook, stirring occasionally, until it's lightly golden brown, about 2 minutes. Set aside to cool.

2. In a medium pot, heat the coconut oil over medium heat. Add the quinoa and toast until it has a slightly nutty aroma, 2 to 3 minutes.

3. Add the almond milk and bring to a simmer. Once the almond milk is simmering, add the maple syrup, vanilla extract and cinnamon. Cover the pot and reduce the heat to low. Cook until the quinoa is tender and has absorbed all the liquid, 18 to 20 minutes.

Note: You can use store-bought toasted coconut instead of making your own.