After that cliffhanger finale, we've been obsessively checking our social feeds for new theories and updates. And we can finally say that we have a better idea of what this new season will entail (more on this later). But what about the cast? Is there an official trailer? And when exactly does the new season premiere?

Here’s everything we know about Virgin River season four.

Absolutely. In September 2021, Netflix announced that Virgin River would be picked up for a fourth and fifth season. Production began in July 2021 and wrapped in December. 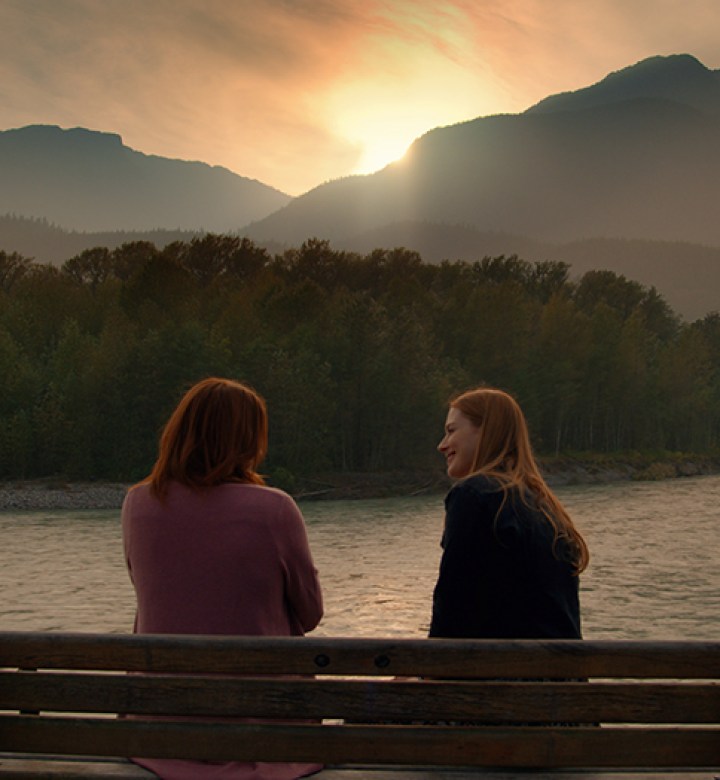 Based on the books by Robyn Carr, the series follows Mel (Alexandra Breckenridge), a nurse practitioner who moves to the small town of Virgin River for a fresh start. While there, she meets a handsome bar owner named Jack (Martin Henderson), who shows her the true meaning of second chances. Season three of Virgin River further explores Mel’s interest in starting a family, so the next installment will likely follow suit.

FYI, Virgin River is a fictional town, so most of the show is filmed in Vancouver, Canada. The cast sometimes travels to other B.C. locations, like Squamish, Snug Cove, New Westminster, Squamish, Agassiz and Port Coquitlam.

Per the official synopsis released by Netflix, season four will pick up right where season three left off—and there will be no shortage of drama.

The description reads, “Despite not knowing whether her baby belongs to her deceased husband, Mark, or Jack, Mel has a sense of optimism. For years she yearned to be a mother, and her dream is one step closer to reality. While Jack is supportive and excited, the question of paternity continues to gnaw at him.”

It continues, “Complicating matters is the arrival of a handsome new doctor, who's in the market to start a family of his own. Hope is still healing from her car accident, and the lingering psychological effects of her brain injury will have profound consequences for both her and Doc.”

In addition, this season we’re getting two more regulars. Mark Ghanimé and Kai Bradbury have joined season four as series regulars. Per a Deadline exclusive, Ghanimé will play Dr. Cameron Hayek, the clinic’s dashing new physician, while Bradbury will return as Denny (he made an appearance during season three)—a 24-year-old Marine who comes to Virgin River to reconnect with his grandfather, Doc.

5. When Does Season Four Premiere?

Twelve new episodes are set to hit the streaming platform on July 20. Netflix made the announcement in May and released a series of first-look photos. On Instagram, the streaming service wrote, "Here’s your first look at Virgin River season 4 coming to Netflix on July 20th!"

There sure is. Netflix released the first trailer in early July, and in the two-minute teaser, we see Mel navigating the first stages of pregnancy. While she's eager to do a paternity test, Jack is hesitant to learn who the father is.

Meanwhile, Doc hires a new doctor at the clinic named Cameron, and he seems to have his eye on Mel, which only complicates their friendship..

Fortunately, we won't have to wait too long to see how this all plays out.