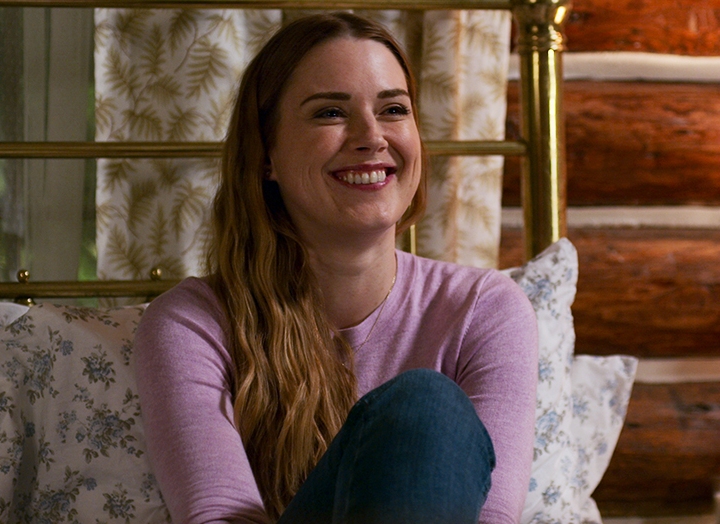 We’ll admit it—we’re not perfect. And, as a result, none of the work we produce (whether in our personal or professional life) is without flaw. So, when we see some of our favorite shows or movies with minor (or incredibly noticeable) mistakes, we’re willing to cut them some slack.

However, that doesn’t mean we’re not inclined to point out such issues. For example, who could forget that Game of Thrones episode (season eight episode four, to be exact) where the characters threw a celebratory feast in Winterfell, which included an unexpected “prop” in plain sight: a Starbucks coffee cup?

Looks like GOT isn’t the only series making such faux-pas. In fact, we (along with the rest of the internet sleuths) have noticed a few mistakes, or shall we call them goofs, in one of our favorite series at the moment, Virgin River.

It only makes sense to start with season one, episode one, “Carry On.” The first issue arises when the main character, Melinda “Mel” first walks into the Doc Mullins practice. During the scene, she opens a very tall, red, solid door. However, when said door closes, the inside seems to feature stained glass with light coming through it. A door with one side solid and one side glass? Seems unlikely. In the same episode, we are welcomed into Jack’s bar for the first time. And as a clever IMDB user points out, the outside of the bar features windows looking out at the river. However, this poses a major question considering none of the inside walls have windows.

Jump ahead to season one, episode eight for another continuity error. According to a Reddit user, Mel is woken from a bad dream while in Virgin River (Northern California). She wakes in the dark and a wicked thunderstorm has caused the power to go out. However, when she answers a phone call from her sister, Joey, who lives in Los Angeles, Joey is walking on the beach, in broad daylight. How is it that two people in such close proximity are in two different time zones? The user points out that one might be “able to argue that the storm had darkened the sky, but Mel is tucked in bed for the night,” and it is pitch-black when she finally leaves the house moments later.

And it’s not just in season one. Viewers also noticed a few minor things in the second installment of the show. For example, in episode three, “The Morning After,” when leaving Jack's bar, Mel has a tray with the four lemonades placed on it. But moments later, when she walks out the door, the lemonades have disappeared.

Plus, there is a major plot hole in the season 4 premiere involving Preacher, who magically appears after being kidnapped in the season 3 finale. “Can we talk about Preacher just magically showing back up in the kitchen without any explanation as to what happened in the woods when he was passed out? Lmao,” one person wrote.

Fans are also noting the unrealistic emergency landing that Mel and Jack endure in season 4, episode 4. When the pilot suffers a heart attack, he stays conscious and calls out instructions to Jack on how to safely land the plane. There’s no way this would happen in real life, especially given how long it takes them to guide the plane to safety. Reddit user wrote, “And just when I thought we were headed towards a more normal, realistic plot, even after Mel loses two patients every episode, of course their pilot had a heart attack while they were flying over a lake.”

Maybe we have a keen attention to detail...or maybe we simply have too much time on our hands.