We never noticed the similarities between Princess Beatrice and Princess Charlotte…until now.

As Hello! magazine points out, there’s a resemblance between the two royals, who are 26 years apart, both in their appearance and their apparel. It all started when the mag compared photos of Beatrice and Charlotte that were taken when they were both 1-year-old. 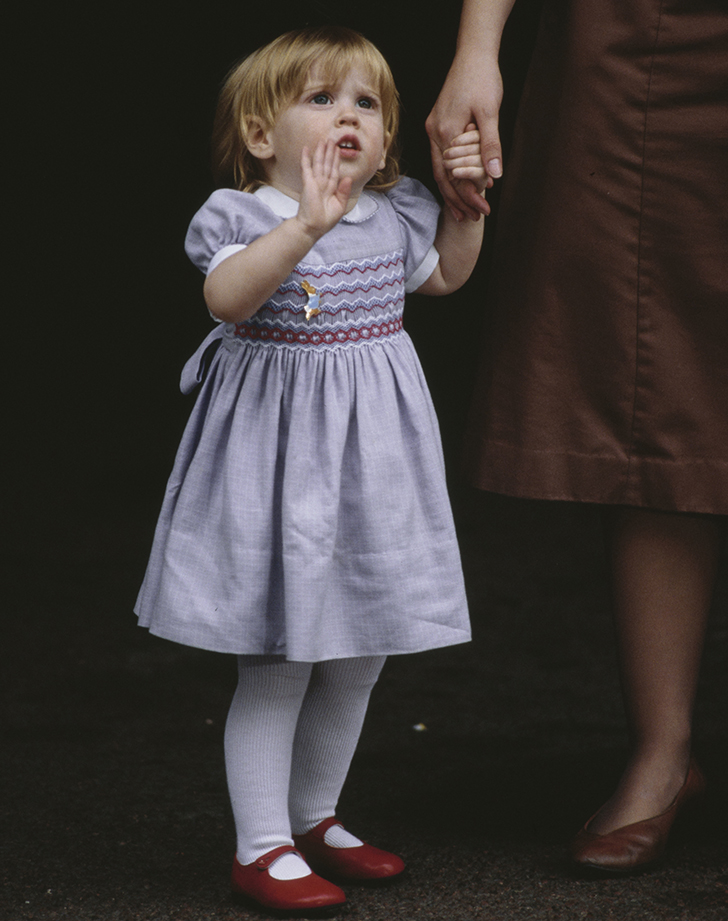 The first photo (see above) features Princess Beatrice, who was 18 months old at the time. The photo was taken in 1990 and shows the young royal visiting The Portland Hospital in London to meet her newborn sister, Princess Eugenie. At the time, Beatrice wore a blue and red hand-smocked dress with puffy sleeves and a Peter Pan collar.

The ensemble bears a striking resemblance to one that Princess Charlotte wore to a party in 2016 during the royal tour of Canada (see below). Not only is Char’s outfit nearly identical to Beatrice’s, but they also share a few similar physical features, including brown eyes and dirty blonde hair.

The only difference is their shoes: Charlotte wore blue Mary Janes, while Beatrice wore red. Plus, if Charlotte’s bangs weren’t clipped to the side, the likeness would be even more prominent. 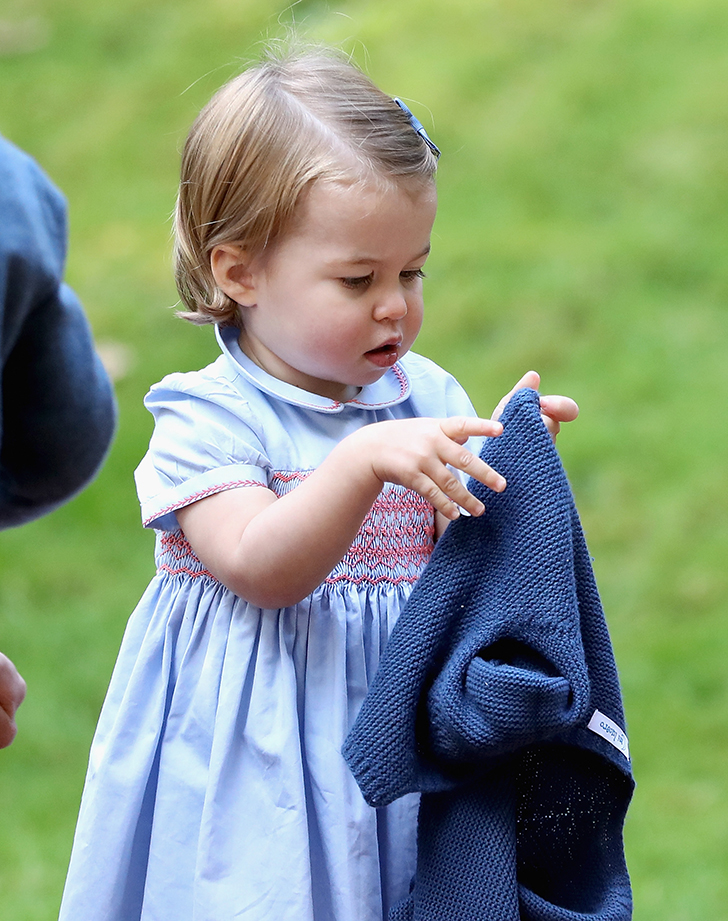 So, did Princess Charlotte inherit Princess Beatrice’s hand-me-downs? Or do Sarah Ferguson and Kate Middleton shop at the same stores? Either way, it seems Char is taking after her dad’s cousin.

If you can’t get enough of the royal family, stay up-to-date on all the latest news by subscribing here.