Having just wrapped up their trip around Africa, Meghan Markle and Prince Harry (and now baby Archie) are basically royal tour experts. They’ve shaken hands and posed for photos with countless world leaders and well-wishers, but, of course, this wasn’t their first royal tour rodeo. As you’ll remember, their first official tour (to Oceania) took place last year. Here’s how their two royal tours compare. 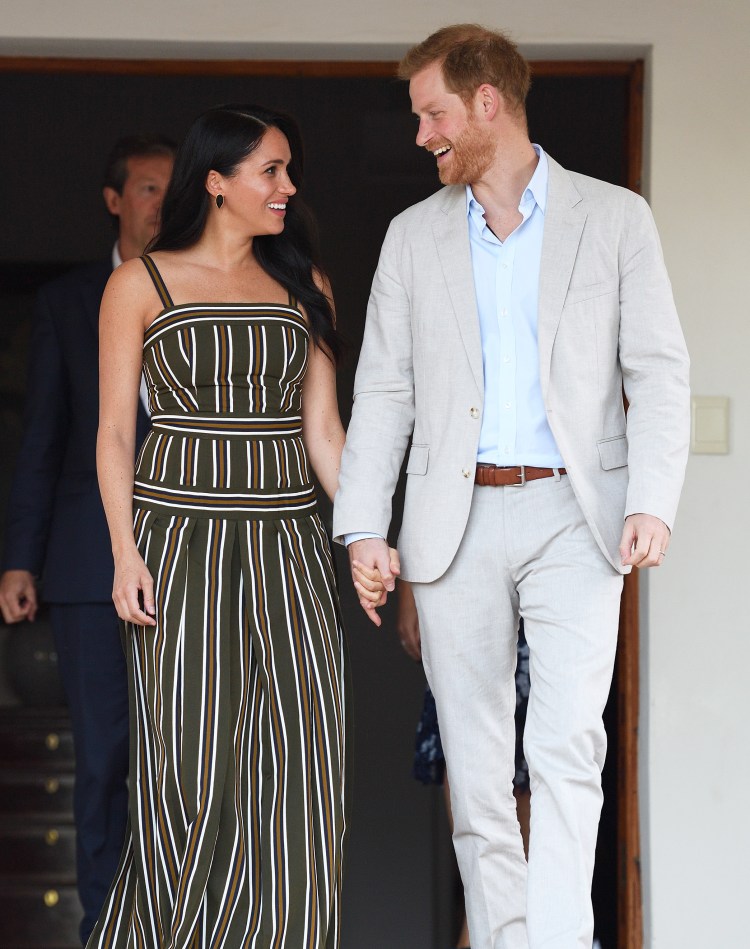 On their Africa tour, the Duke of Sussex visited Malawi, Angola, South Africa and Botswana. The Duchess of Sussex and royal baby Archie stayed in South Africa, specifically in Cape Town and Johannesburg, while Prince Harry carried out his solo portion of the tour. The Oceania tour, however, comprised visits to Australia, New Zealand, Tonga and Fiji. Interestingly, both tours focused on four countries, but their most recent tour is the only one in which the couple split up for more than a single engagement. 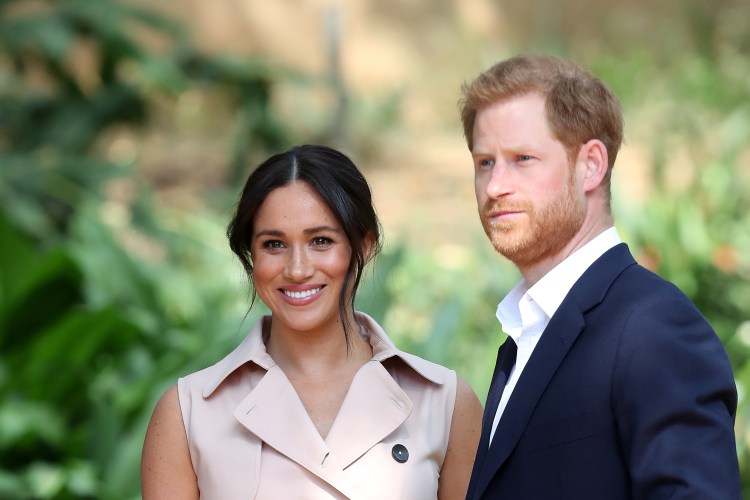 The couple’s Africa tour was ten days long, while their jaunt through Oceania was a robust 16. Hey, things are different once you become parents. 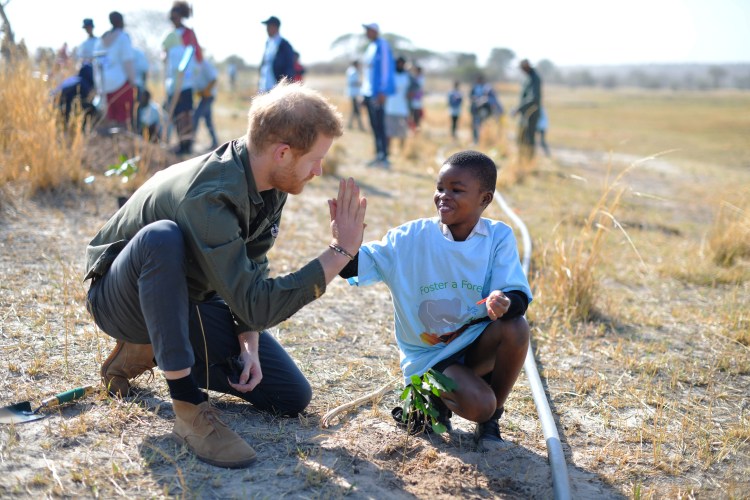 In both Oceania and Africa, the Duke and Duchess of Sussex honed in on youth leadership, environmental and conservation efforts, female empowerment and access to education, health and employment. In Australia, they also focused on mental health and the Invictus Games, while in Africa, they brought attention to the HIV and landmine crises. 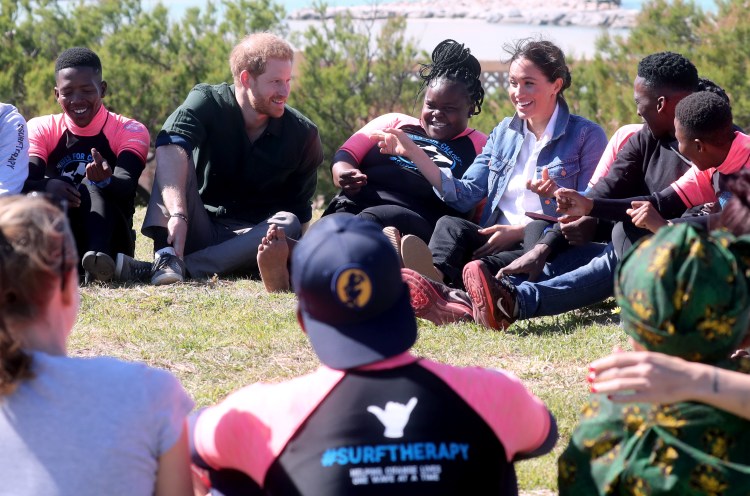 The Duke and Duchess’s Oceania tour included 14 flights and an astounding 76 engagements. Their Africa tour itinerary was relatively more relaxed with about 37 official events. Either way, that’s a lot of frequent-flier miles. 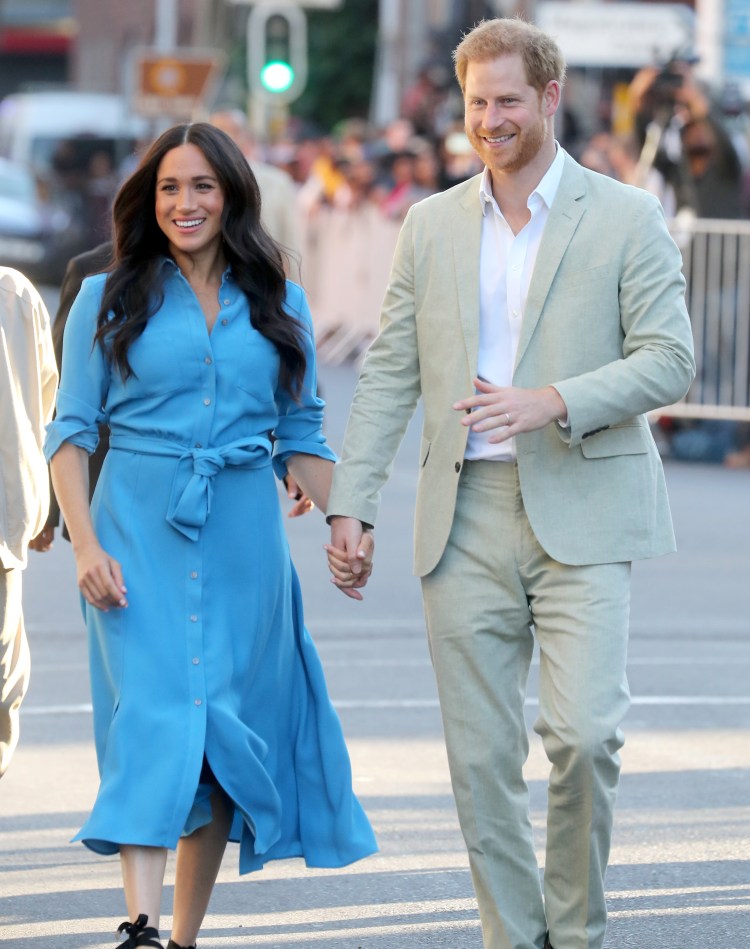 There were a fair amount of royal rewears from Markle’s Oceania tour in Africa. She donned the same Veronica Beard blue double-slit dress she wore in Fiji and a Martin Grant striped dress she wore on Bondi Beach last October. She also wore several Safari and trench-inspired outfits. But instead of going high-fashion like she did in Australia, she kept most of her looks on the affordable end with a large emphasis on sustainability and local brands. 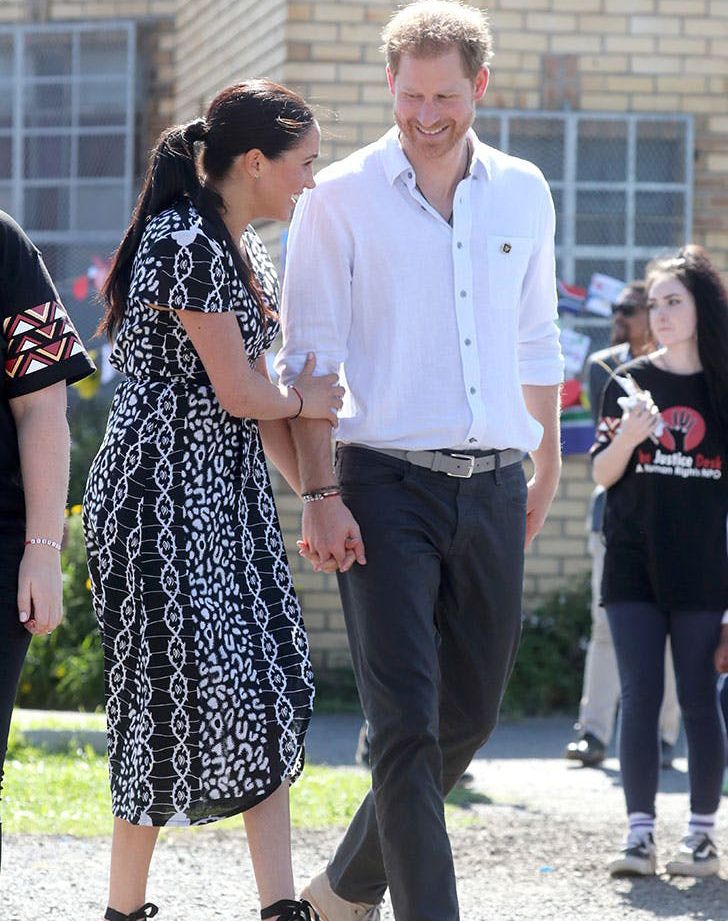 We’re happy to report that there was just as much PDA on this tour as there was on their Oceania tour. Although Queen Elizabeth generally frowns upon royal public displays of affection, the Duke and Duchess of Sussex have been bending the rules since the beginning of their relationship. 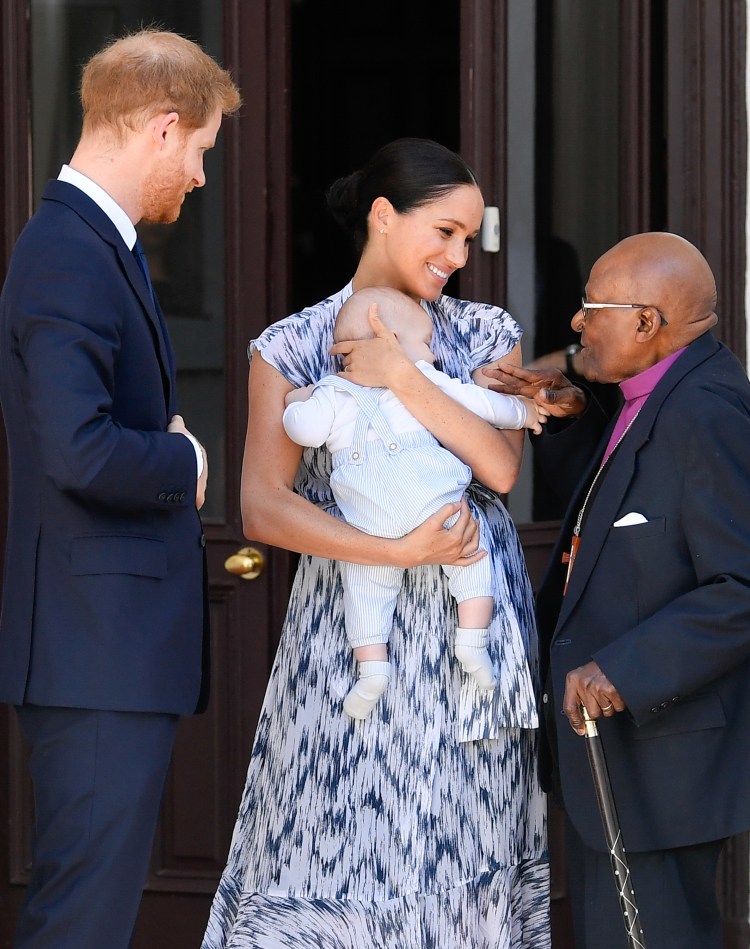 Although the couple’s Australia tour brought their pregnancy announcement and our first glimpses at Markle’s baby bump, their Africa tour held a more emotionally resonant place in their hearts. Prior to their relationship, both Markle and Prince Harry made solo visits to Africa to do humanitarian work. Harry famously flew to Botswana soon after his mother, Princess Diana’s, death and made repeated trips to the African nation throughout adulthood. Once Markle and the prince became an item, they traveled to Botswana several times together and when Prince Harry proposed, he hand-selected an ethically sourced Botswanan diamond for his bride. 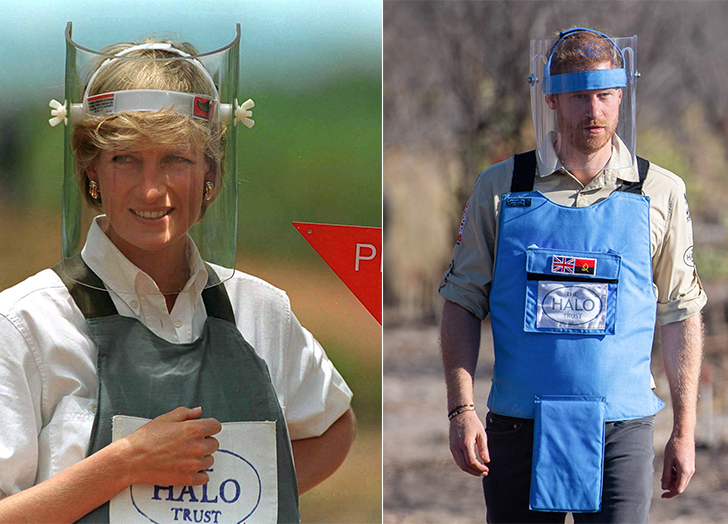 Princess Diana worked tirelessly to bring global attention to the global landmine crisis during her 1997 trip to Angola where she walked through a minefield. Twenty-two years later, Prince Harry literally followed in her footsteps and walked the same path she did in what is now a bustling city. He also trod through a new HALO Trust de-mining camp, putting his life at risk to bring attention to an important issue.

Additionally, Prince Harry and Meghan Markle focused heavily on HIV awareness during their tour. Throughout her life, Princess Diana was dedicated to de-stigmatizing the disease.

During their Australian tour, the events were not quite as focused on Diana’s legacy. However, Markle did pay homage to Princess Diana by wearing jewelry that once belonged to her late mother-in-law. 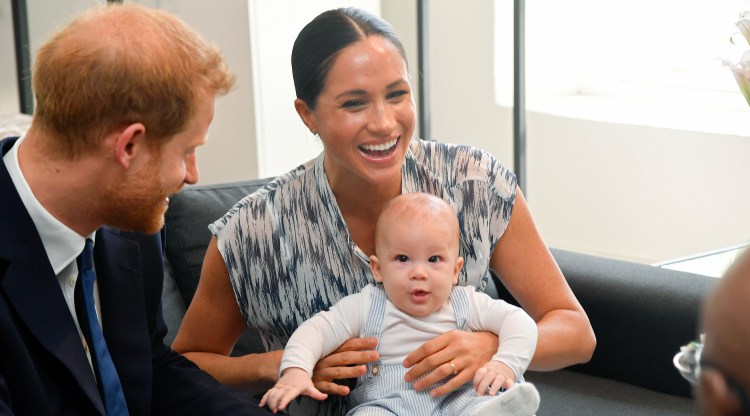 During the Oceania tour, little Archie was still in utero, but very much the life of the party. Royal fans were thrilled to see his mom’s baby bump and couldn’t help but wonder about when he would arrive. Fast-forward a year, and the now 4-month-old Archie made his first royal tour debut alongside none other than Archbishop Desmond Tutu and his daughter Thandeka. Baby’s first engagement introduced us to his two nicknames and revealed that he looks just like Prince Harry.

Overall, we’d call those a successful couple of tours.