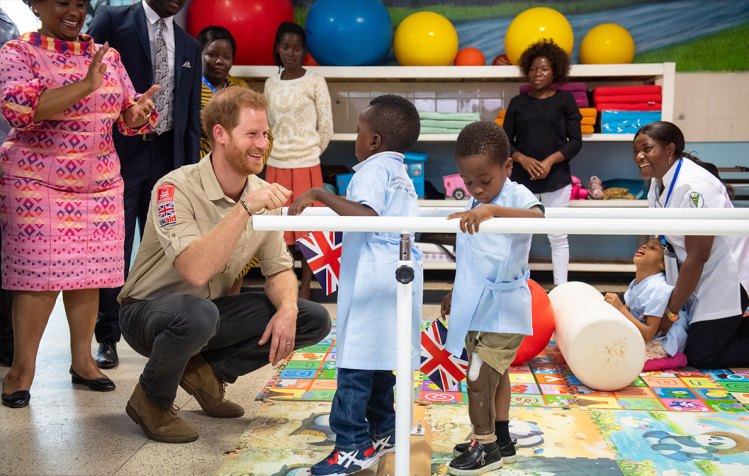 While in Huambo, Angola, this week during his solo leg of the Sussexes' royal tour of Africa, Prince Harry unveiled the newly named Princess Diana Orthopedic Hospital, and we have all the feels.

Harry's mother, the late Princess Diana, visited Huambo in 1997 when she famously walked through minefields, just as Harry did earlier in the day.

The Duke of Sussex then unveiled the recently renovated Princess Diana Orthopedic Centre, saying that it was "‘deeply personal" and that his mother's memory remains with him "daily," according to The Telegraph.

"It has been an honor to re-trace my mother’s steps today," he said. "I lost her 22 years ago but her memory is with me daily and her legacy lives on."

But one of the most touching moments of the day, in our opinion, came when Harry met children at the orthopedic center. In the video above, shared by royal correspondent Rebecca English, Harry chats with a child, 6-year-old Barnaby Jose Mar. He sweetly touches the boy's hand, which is holding a British flag, as the boy is learning to walk with supports on either side. Harry then sees the boy's fist, and gives him a fist-bump.

Little Barnaby then turns to the camera and gives it a big smile. Day. Made.

Did Harry just move up on your list of "most favorite royals of all time"? We know our answer.