Take this photo, for example. The 49-year-old co-host was recently spotted leaving her New York City home in a super casual outfit (aka what we’d call “dressing up” during quarantine). 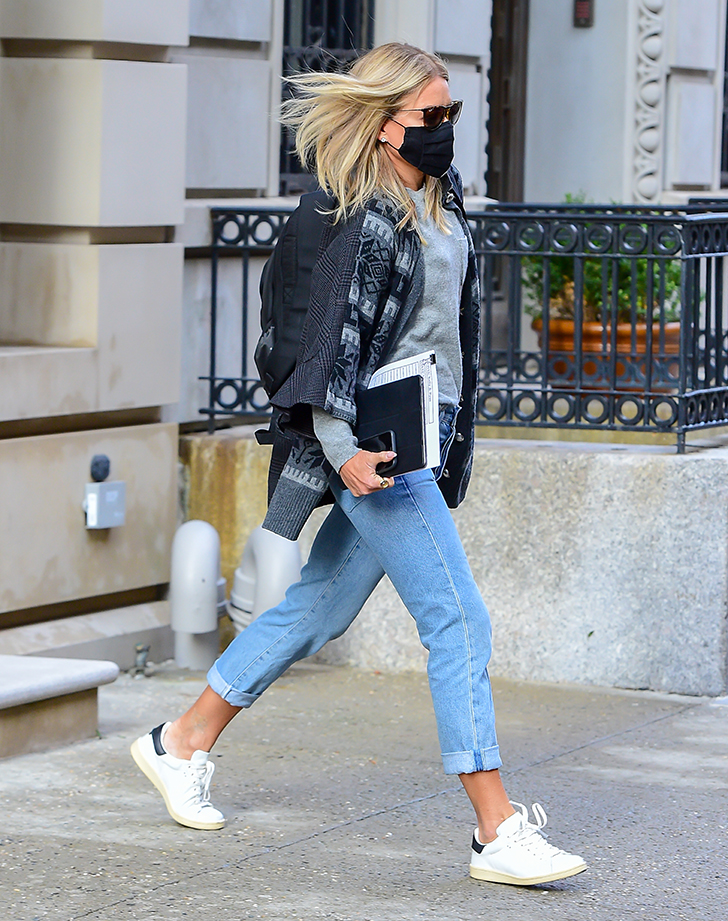 In the pic, Ripa is wearing a gray shirt, a patterned scarf, plaid jacket and denim capris. She accessorized the look with a black face mask, Ray-Ban sunglasses and sneakers (natch).

Although the All My Children alum is toting a backpack, she’s hand-carrying her prized possessions, including her phone, an iPad and a stack of papers.

The photo was seemingly taken on her way to work, since Ripa recently resumed normal production on Live with Kelly and Ryan. (She and her co-host, Ryan Seacrest, had been hosting virtual segments from their own homes due to the coronavirus pandemic.)

Unlike past seasons (which feature the duo sitting side by side), the new episodes are being filmed socially distanced style. This means Ripa and Seacrest reside on opposite ends of the table (as in, six feet apart). Producers then edit the shot to make it look business as usual.

Of course, this new process isn’t flawless. During the premiere episode, fans were quick to point out that Seacrest’s hand kept disappearing when he reached toward the middle of the frame. (LOL.)

If you need us, we’ll be starting a petition for Ripa to adopt “Casual Fridays” on Live with Kelly and Ryan.