This ‘Downton Abbey’ Star Just Signed on to a New Netflix Holiday Film, and It Sounds So Magical 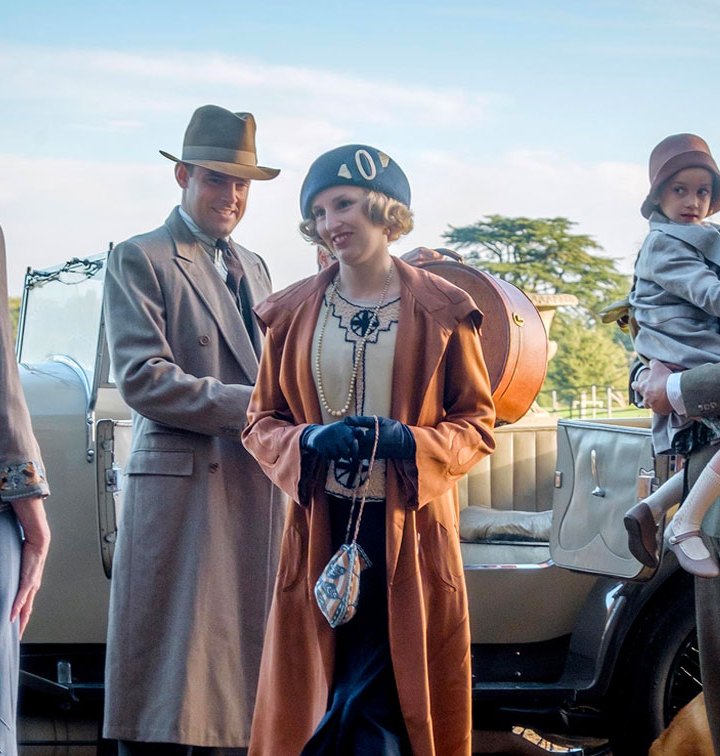 We know it's only July, but we're already excited for the holidays…most notably because Downton Abbey leading man Hugh Bonneville (aka Lord Grantham) will star in a new holiday musical movie on Netflix…and it sounds more magnificent than even Mrs. Patmore's famous plum pudding.

According to Deadline, Bonneville has signed on to the film, titled Jingle, Jangle, and joins the all-star cast of Forest Whitaker, Keegan-Michael Key (The Lion King) and Phylicia Rashad (A Raisin in the Sun), among others.

The live-action musical is about a toymaker, his granddaughter and a magical invention (Pinocchio? Is that you?). John Legend's production company, Get Lifted Co., is co-producing, so you know that musical score is going to be glorious.

Sadly, though the movie is billed as a holiday family film, it won't be out 'til 2020. However, we don't have to wait very long to see Bonneville on the big screen, since he'll be reprising his Masterpiece TV series role of Robert Crawley for the Downton Abbey movie out this September.

The Downton Abbey movie will follow the Crawleys, picking up 18 months after the PBS show left off. It's 1927, and King George V and Queen Mary (aka Queen Elizabeth’s grandparents) are visiting Downton Abbey. Except, times are tough, and the Crawley clan has cut back on staff and servants. In order to prep for the royal family arrival, Lord Grantham has asked Mr. Carson to return from retirement to help out the family and get the Abbey in tip-top shape just as the world seems to be bordering on disarray.

So, will this Netflix holiday special be anything like the Downton Abbey Christmas episode? (If so, we're going to need to stock up on Kleenex.)

Hold onto Your Crumpets—We’re Getting a ‘Downton Abbey’ Book