If Hallmark’s Countdown to Christmas isn’t cutting it, you might be tempted to stream Netflix’s all-new movie Holidate, which stars Emma Roberts and Luke Bracey. The film just premiered on the streaming service earlier this week, and it’s already landed the number one spot on Netflix’s list of most watched movies.

Holidate’s description gives off major Hallmark vibes, following two singles as they try—and fail—to maintain a platonic friendship. It might sound like your typical PG-rated holiday movie, but it’s far from family friendly. (More on this later.)

So, what is Holidate about? And is it worth the watch? Here’s my honest review.

Holidate is a cross between Holiday Engagement and While You Were Sleeping…with a hint of Bad Moms. The movie introduces viewers to Sloane (Roberts), a twenty-something single woman who’s fed up with her family always setting her up on awkward dates.

Right on cue, Sloane crosses paths with a handsome stranger named Jackson (Bracey), who can’t commit to save his life. As predicted, they agree to be each other’s “Holidate,” which is a made-up phrase that’s used to describe two people who are platonic plus-ones during the holidays.

The catch? The deal doesn’t only apply to end-of-year events, like Christmas and New Year’s Eve. It also includes Valentine’s Day, Mother’s Day and—dare I say—weddings. You might be able to guess what’s going to happen next because this is a movie, and two people can’t just be friends…right?

Full disclosure: The ending does have a bit of a surprise element, so it’s not a total waste of time. 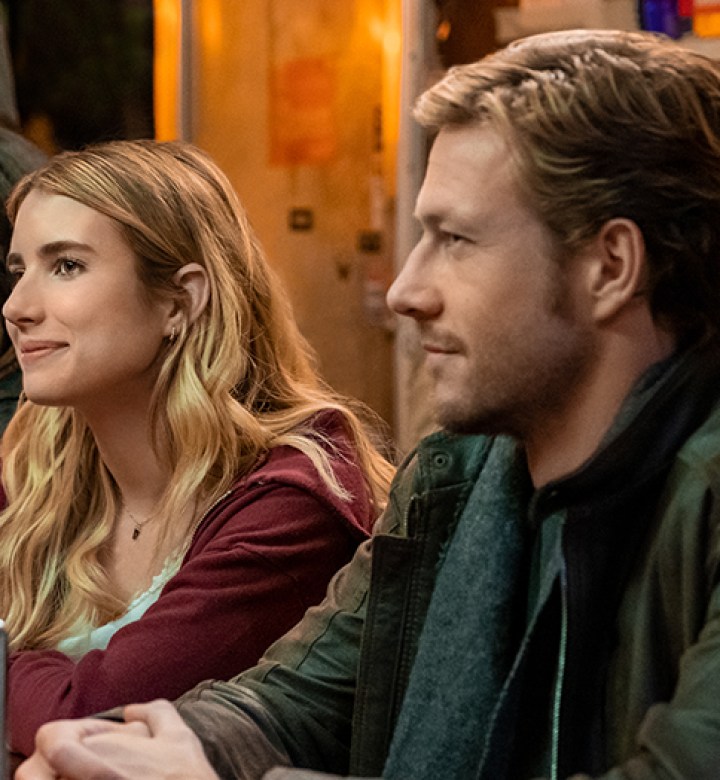 I believe Holidate had the potential to become a must-watch flick, but due to the graphic dialogue, I can’t recommend it for everyone. The story line seems like your typical Hallmark (read: semi-predictable) film…and it is. But it’s also riddled with loads of R-rated jokes. I won’t get into specifics (because, gross), but we’re talking about everything from performing sexual acts in the car to forcing characters to scream, “F***.” (The explicit version, of course.)

Because of this, Holidate might not resonate with every audience. That being said, it’s definitely worth the watch if you’re OK with crude, cheesy humor. I’m not saying you should run out and stream it with your elderly parents. In fact, I wouldn’t even suggest watching it with a faint-hearted significant other. (After one sexual scene, my partnered hollered from the other room, “What on earth are you watching?!”)

Instead, it would be best enjoyed with a glass of wine and group of friends, who are prepared for a combination of laughter and awkward chuckles. For example, I couldn’t help but LOL when “Move B****” by Ludacris played while a group of children embarked on an Easter egg hunt. (Classy? No. Funny? Yes.)

So, was it worth the watch? Overall, yes. Do I wish I used headphones, so my partner (who was studying, might I add) didn’t have to question my streaming choices? Sorta. On the bright side, Holidate reignited my love for Bracey, and for that, I’ll forever be grateful.