Review: Lindsay Lohan’s ‘Falling for Christmas’ on Netflix Is the Comeback Moment We’ve Been Waiting for

The Lohan-aissance is upon us!

For those of us who grew up in the early 2000s, Lindsay Lohan was practically an omnipresent figure. The New York City native, who was nabbing Jell-O commercials by the time she was 3, first won over hearts as the lovable Annie and Hallie Parker in The Parent Trap. Then, before she was even 20 years old, Lohan blew up the box office with teen hits like Freaky Friday and Mean Girls.

However, the 36-year-old actress disappeared from the limelight for many years due to personal issues, and as a major Lohan stan, I've been waiting for the day when the Disney alum would return to the silver screen and claim her crown as Hollywood's it-girl yet again. And now it looks like the time has arrived.

The red-headed starlet makes her grand return in the form of Netflix's new holiday rom-com, Falling for Christmas, a movie that offers all the Hallmark-esque holiday goodness, but also allows Lohan to showcase her talents. This feels like just the beginning of Lohan's new reign.

The plot of Falling for Christmas is similar to Overboard—a spoiled hotel heiress named Sierra (Lohan) loses her memory immediately after getting a marriage proposal from her wealthy beau, Tad (George Young), and stumbling down a snowy mountain. However, she's taken under the care of a friendly local lodge owner, Jake (Chord Overstreet), and she begins to understand what really matters in life (all the while falling in love).

As previously noted, Falling for Christmas could easily be mistaken for a Hallmark original, and it feels akin to a Netflix film that premiered last year—Single All the Way. And if you go into Falling aware that it's not aiming to win any Oscars, then it functions as a perfectly fun holiday movie that offers a sweet romance and a lovable cast of characters. And it feels like the perfect vessel for Lohan's comeback. 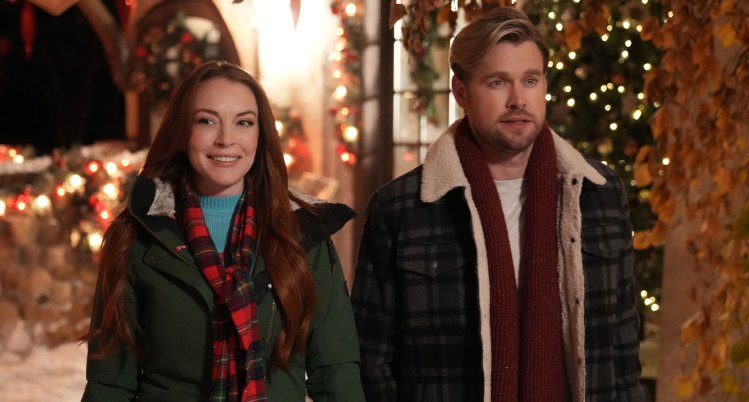 Fans of Lohan will appreciate the ways in which the star pulls out her acting tricks, and Falling feels like a sparkly-wrapped gift to her adorers.

When we first meet Sierra, the rich heiress wears dramatic clothing and turns every moment into a scene, and we see Lohan embody the theatricality of Confessions of a Teenage Drama Queen. In one scene, once Sierra has lost her memory, she sees a raccoon outside her window and falls backward into a chair, which replicates the slapstick comedy of Freaky Friday. In another moment, Sierra is given a stack of clothing from the lodge's lost and found, and she holds up a sweater and says, “Not sure this was left here by accident.” This feels like a line that could've come straight from Cady Heron's mouth in Mean Girls (not to mention, the end credits include a new cover of “Jingle Bell Rock,” which Lohan famously sings in Mean Girls).

But Falling for Christmas is not simply fan service. It stands on its own among Netflix's lineup of holiday originals thanks to its comical writing and charming cast. 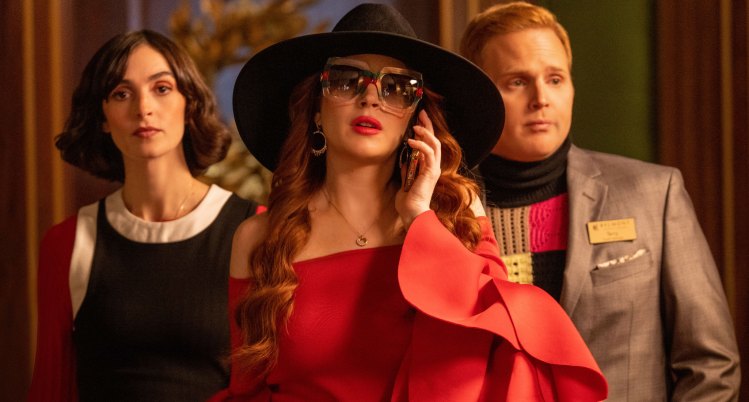 You can also see the ways in which Falling pays homage to many Christmas classics. Sierra's journey from being a self-centered materialist to understanding the “true” meaning of Christmas is like that of Scrooge's, or even the Grinch. Meanwhile, the heiress's time in the small town acts like a complete do-over, given that no one knows who she is (despite her father being a major hotel magnate, but we'll overlook that), and this recalls films like It's a Wonderful Life.

Is Falling for Christmas a groundbreaking Christmas film? No, but it is a lighthearted watch that you can enjoy with the whole family, and one that will get you pumped for the holiday season. Meanwhile, it features a few surprising progressive moments, like at the end of the film, when a certain character ends up asking out someone of the same sex (but we won't spoil who). Meanwhile, it's refreshing to see the role of Jake's daughter, Avy (Olivia Perez) and his mother-in-law, Alejandra (Alejandra Flores) played by two Latina actresses, given that most Christmas movies (unfortunately, even to this day) are dominated by white casts. 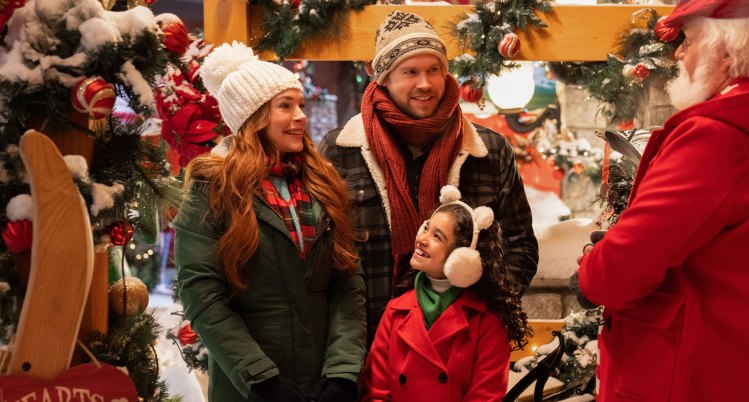 Falling for Christmas may not be anything novel, but it's a heartwarming Christmas selection that winks to its holiday predecessors and demonstrates the long-awaited return of Lindsay Lohan.