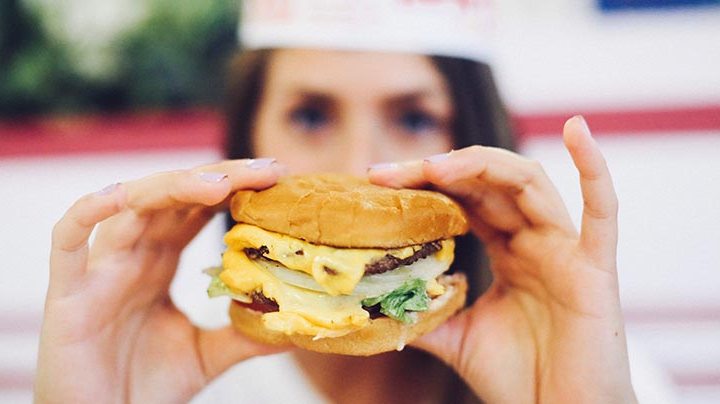 Sure, you’ve heard all about clean eating but what about clean meat? Here’s what you need to know about this bonkers advancement in food technology that just might change the world. (Or at least your dinner.)

What exactly is clean meat? Also known as cultured meat or lab-grown meat, it’s meat that is grown from animal cells rather than from animal slaughter. (So, basically the plot of a science-fiction movie.)

And how does it work? Scientists take a teeny-tiny biopsy from an animal. That biopsy contains millions of cells, which, when placed inside a cultivator (and with the help of some more science), grow into muscle. The process is basically about tricking the cells into thinking that they’re still inside their owner. The result? Real meat, without the animal.

What are some of the benefits of clean meat? Firstly, it’s more ethical since no animals would need to be harmed in the process. But another potentially huge advantage of clean meat is that it takes far fewer resources to produce than conventional meat (think: less land, water and oil, plus fewer greenhouse gas emissions). Uma Valeti, cofounder and CEO of clean meat start-up Memphis Meats, told The Wall Street Journal that their products require just one-tenth of the water and one-hundredth of the land that are required to raise conventional animals. Wowza.

But is it safe? Since clean meat isn’t out on the market yet, it isn’t currently being regulated (although the FDA recently said that it will do so in the future). But registered dietitian Jane Dummer tells us that because it’s produced in a sterile environment, clean meat could be safer than the conventional stuff. “It could eliminate harmful foodborne pathogens, such as salmonella, and Escherichia coli, remove exposure to pesticides and even antibiotics and reduce diseases associated with livestock farming that humans can contract, for example, swine flu and mad cow disease,” she says. Pretty cool, right?

Sounds great. What about the drawbacks? Well, it ain’t cheap. The first lab-grown burger that was produced in 2013 had a price tag of more than $300,000. But since then, costs have come down by more than 80 percent, says Clean Meat author Paul Shapiro in an interview with CBS. Another negative? Currently, in order to culture the cells, you need to feed them serum grown from animal blood. Which, um, doesn’t exactly score high on the humane barometer. That’s why clean meat producers are racing to identify a cheaper and more ethical way to produce clean meat, most likely using plant ingredients. And according to industry insiders, it’s only a matter of years before these problems are solved and clean meat hits supermarket shelves.

But what does it taste like? Well, without having tasted it ourself (see: earlier note about $300,000 price tag), we can only rely on other people’s verdicts. But according to those who have tried it, it’s apparently pretty close to the real thing. While the texture is said to be a little spongier, the end product is still delicious. The future is now, people.

How to Eat Clean for a Whole Entire Week

food
by Katherine Gillen
The 85 Best Christmas Cookies to Make This Holiday Season (All Cookie Swap and Santa Approved)
food
by Emma Singer
37 Restaurants Open on Christmas Day or Christmas Eve 
food
by Taryn Pire
The Best Eggnog for the Holidays, According to Our Extensive Taste Test 
food
by PureWow Editors
7 British Christmas Traditions That Are Simply Smashing 
food
by Katherine Gillen
73 Hearty Winter Dinner Ideas That Take 1 Hour or Less
food
by PureWow Editors
This Blake Lively Boxed Mac and Cheese Hack Is Ingenious (and Very Cheesy)