*Are* We Asking Too Much of Cauliflower? 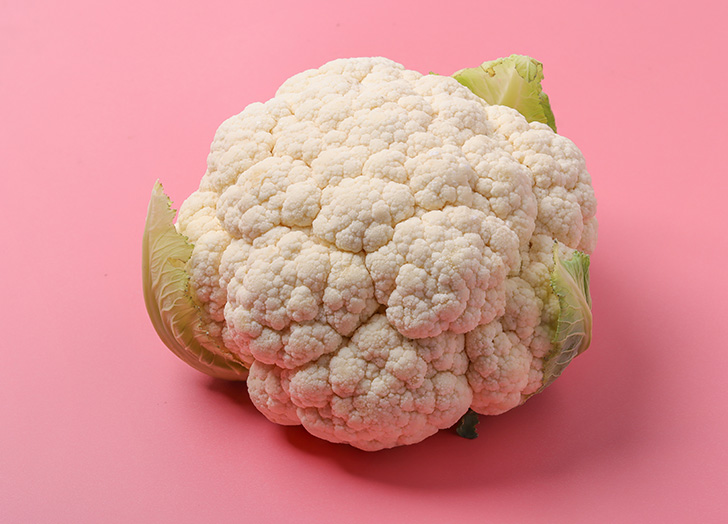 “Midway upon the journey of our life, I found myself within a forest dark, for the straightforward pathway had been lost,” wrote Dante, referring to Hell and also, I imagine, the freezer aisle of the nearest Whole Foods, bursting at the seams with cauliflower products.

In the last 10 years, cauliflower ascended to superstardom, not just replacing kale as the hottest vegetable on the block, but standing in for chicken wings, steak, pizza crust, rice, rolls, breadsticks and pasta. It promises to make your smoothies creamier and your marriage stronger. (Don’t quote me on the last one.)

But I can count on one hand—one finger—the times I’ve enjoyed the cruciferous vegetable. It was pilsner-batter and coated in a chipotle-maple glaze, and if I closed my eyes, I could almost pretend it was a boneless chicken wing. It’s not as flavorful as broccoli and it’s certainly less delicious than a potato. I can’t be the only person who doesn’t get it…right?

I honestly think we are asking too much of cauliflower.

I know this is difficult to believe in the year 2022, but poor cauliflower is more tired than you and me combined. And with good timing, because now that we’re letting go of what doesn’t serve us and saying no to save our sanity, we can finally say it: We don’t want to eat the cauliflower.

It seems like we blinked and suddenly embraced the crudités filler, so how did we get this far living a lie? (Admit it, it’s true.)

The New York Times traced the cruciferous vegetable’s ascension to 2016, when the now multi-million-dollar cauliflower-based pizza crust brand, Caulipower, was born. It’s probably not a coincidence that 2016 was also the year we declared kale over. Some trend forecasters say they saw cauliflower gaining speed as far back as 2008. (True, this very website published a recipe for whole roasted cauliflower in 2014, and it’s still our most popular dish to date.) Between 2012 and 2016, cauliflower production in the United States increased 63 percent; cauliflower-based product sales increased 71 percent between 2017 and 2018. In 2017, Time called it the new ‘it’ vegetable.

According to Vox, the trend was born of several things: the Great Recession, a related move toward budget-friendly, vegetable-centric eating and the rise of low carb diets like Paleo and keto. Restaurants showcased cauliflower’s so-called “meatiness” (with the right technique, it’s the knife-and-fork vegetable a Brussels sprout could never be), while the demonization of white bread made it easy to love. (Naturally gluten free!) The anti-carb diet industry latched on with fervor. But the real clincher lies in cauli’s chameleon nature.

Simply put, cauliflower is as milquetoast a vegetable as they come. It’s pale, bland and, most importantly, malleable. It graciously takes on any flavor and accepts the tasks we throw at it without complaint. The same can’t be said for bitter kale or sulfur-y broccoli. You can’t reasonably run kale through a food processor and call it rice, but you can with cauliflower (not to mention put it in a chip and turn it into a tot). Like any trend, the more adaptable, the better.

And that’s where I take issue. Go ahead, batter and fry cauliflower, roast it, serve it whole. But don’t try to tell me it can carry sauce and cheese as well as a real pizza crust, or a thick layer of butter like a dinner roll. Like all of us, cauliflower can’t do it all, and that’s fine. We are asking to much of her, and she is burnt out.

Today, cauliflower may not have the pop and pizazz that it had at its peak, but it’s not dead. Will it end up in the food trend graveyard with cupcakes and goddess bowls? Like it or not, it’s doubtful. Considering we’re already entering the second decade of cauliflower, it’s more likely to become a boring staple that we don’t talk about, but we keep in our fridge (or freezer, ahem, pizza crust) nonetheless.

For those of us who long to see another vegetable in the spotlight, there’s always a chance—if we’re lucky, mushrooms could stick. Let’s just hope it’s not something like eggplant.

Can We Finally Admit the Cosmo Is Good?