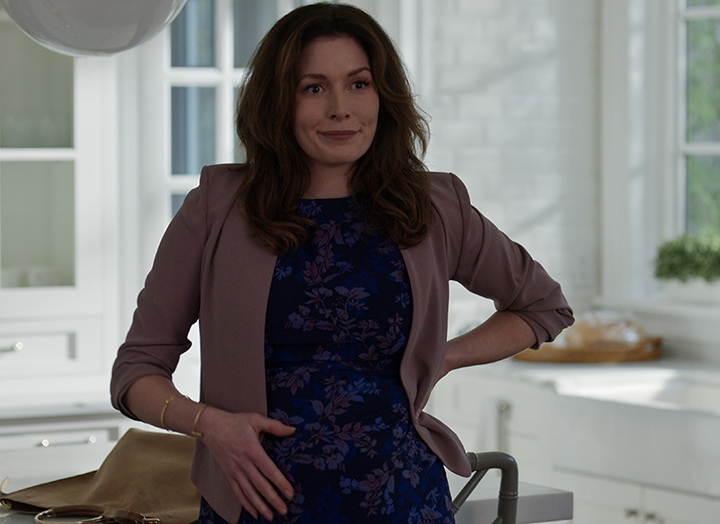 In the season 4 finale, Charmaine drops a bombshell on Jack (Martin Henderson): He isn’t the father of the twins, and she’s known all along. So, who is the dad? While there are multiple theories floating around, there’s evidence that points to Mike (Marco Grazzini) being the father.

Let’s rewind to season one, when Charmaine tells Jack that she’s pregnant with his babies. As fans recall, he’s completely blindsided, especially since they were no longer together. When Jack relays the information to Mike, he’s equally stunned. At the time, it didn’t seem like a big deal. But now, it seems awfully suspicious. Perhaps Mike’s over-the-top reaction has nothing to do with Jack and everything to do with a secret affair he had with Charmaine?

Mike has been around since season two, but it wasn’t until the third and fourth installments that he received a larger on-screen story line. The character is a former Marine (just like Jack), who now works as an investigator. When Mike arrives in Virgin River, he’s assigned to investigate Calvin (David Cubitt), the small town’s drug lord. But when Jack is shot in the season two finale, Mike obtains more responsibility within the department. In the latest installment, he teams up with Brie (Zibby Allen) to prove Brady’s (Benjamin Hollingsworth) innocence.

Charmaine has some explaining to do.