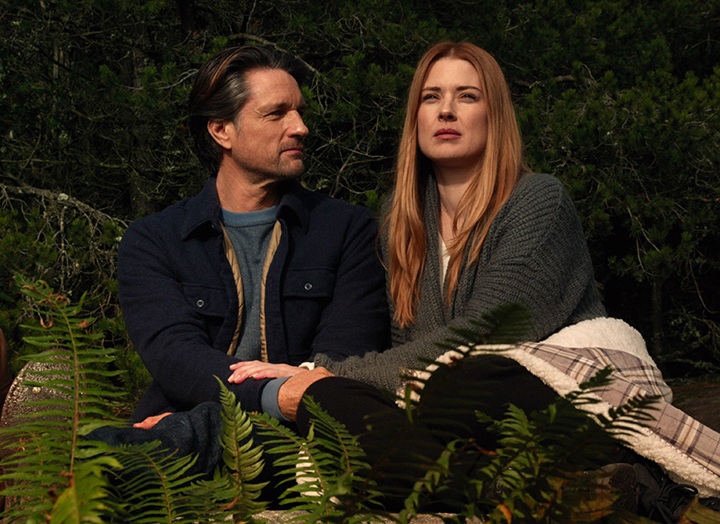 Netflix has released very little information about Virgin River season four. Still, that hasn’t stopped fans from searching for spoilers about the new episodes in the one place that might have answers: the book series by Robyn Carr.

In the season three finale of Virgin River, Mel (Alexandra Breckenridge) dropped a bombshell when she told Jack (Martin Henderson) that she’s pregnant, and it might not be his baby. Although we have to wait to find out the identity of the father, there’s one other burning question that may already have been answered: What is the name of Mel’s baby?

Well, many fans believe that Mel will give birth to a healthy boy named—wait for it—David. As CheatSheet points out, that’s exactly what happens in the books.

There’s only one small problem with this piece of evidence. Virgin River hasn’t really followed the same plot as the novels. Although the storyline is generally the same, Netflix often adds more drama for the sake of TV. For this reason, there’s a chance the writers will choose a different moniker for Mel’s unborn baby.

Even Breckenridge previously discussed the differences between her character in the book and the show. “With her history, her fertility issues, and having a stillborn baby at such a late stage in pregnancy, you don’t know if she’s going to be able to,” Breckenridge told US Weekly. “In the books, she does, but a lot of things are different in the series than in the books. But I would like to watch her journey of becoming a mother.”

For our own sake, we really hope Mel’s baby is an exception.