To say we had high expectations for Shonda Rhimes’s Netflix series, Bridgerton, would be an understatement. (Come on, she’s the creative mind behind our favorite shows—like Grey's Anatomy, Scandal and How to Get Away With Murder.) And fans can attest to the fact that Rhimes, once again, did not disappoint.

Now that Netflix has released a full-length trailer (not to be confused with the teaser), we have tons of questions about the second season. Keep reading for a full breakdown of the series and everything we know about Bridgerton season 2, including the plot, premiere date and more.

‘Bridgerton’ Season 2 *Finally* Has a Premiere Date—Here’s What We Know. 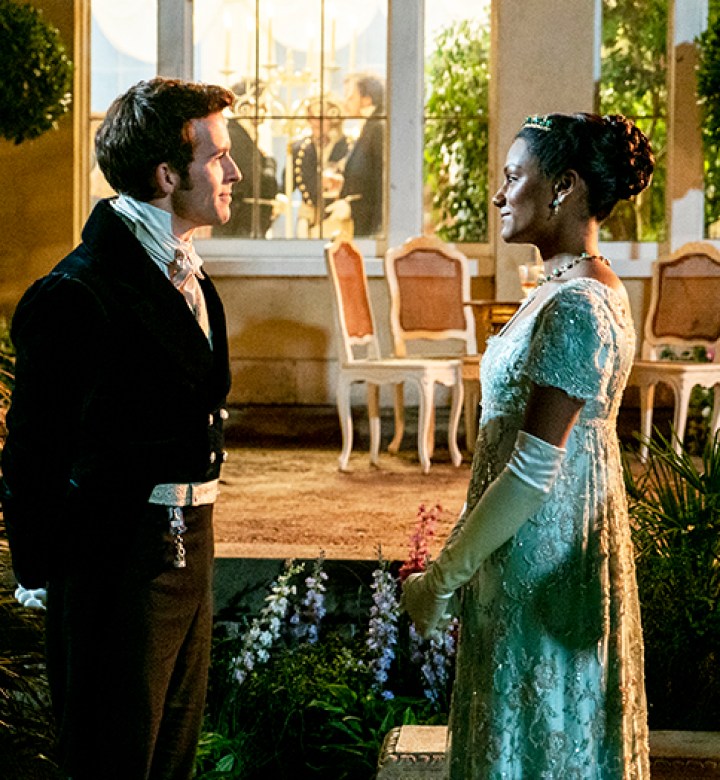 1. What Is ‘bridgerton’ About?

Set in London during the early 1800s (commonly known as the Regency Period), season one of the series follows Daphne Bridgerton, the eldest daughter in a very powerful family. She searches for true love in a competitive (and equally diverse) marriage market. However, this proves to be a challenge when her older brother steps in to rule out several potential suitors. And when she meets the rebellious Duke of Hastings, their natural chemistry starts to outweigh Daphne's aversion to his bad-boy demeanor.

Since the show is based on best-selling romance author Julia Quinn’s book series, the central characters will change as the series progresses (as we’ll soon see with season two).

2. Is ‘bridgerton’ Returning For Season Two?

Netflix officially renewed the series for a second installment in January 2021, and the streaming service broke the news in the best way possible. Lady Whistledown released a gossip column, which read, "The ton are abuzz with the latest gossip, and so it is my honor to impart to you: Bridgerton shall officially return for a second season. I do hope you have stored a bottle of ratafia for this most delightful occasion."

In addition to the renewal news, the pamphlet also confirmed that the second installment would start filming later that year.

3. What Is Season Two About?

The show will continue to follow the books, which means season two will coincide with Quinn’s second novel, The Viscount Who Loved Me. This time, the show will center around Anthony Bridgerton and his quest for love.

Lady Whistledown published a message addressing what viewers can expect: “This author has been reliably informed that Lord Anthony Briderton intends to dominate the social season. I will have my pen ready to report on any and all of his romantic activities.”

During her interview with Harper’s Bazaar, Phoebe Dynevor opened up about her hopes for the new season. She said, “There's no such thing as a happy ending, is there? I think love's always shifting and changing. So, who knows? I'd like to see what happens next. And also, I'd like to see Daphne get involved in Anthony's love life, since he was so involved in hers.”

Absolutely. The full-length trailer begins with a voiceover by Lady Whistledown, who says, “Dearest reader, it has been said that competition is an opportunity for us to rise before our greatest of challenges.”

The clip also offers a glimpse of Anthony’s journey to find love. This includes two potential new love interests—Kate (Ashley) and Edwina (Chandran)—who just so happen to be sisters. Still, there’s only one question remaining: Is Anthony ready to settle down?

“I cannot be the only one wondering if this former Capital R Rake is ready to flourish,” Lady Whistledown adds.

5. When Does Season Two Premiere?

According to Netflix, season two of Bridgerton will premiere on March 25, 2022. In honor of the show's one-year anniversary, the streaming service announced the exciting news with a video on its official Instagram page. And in the post, the cast members took turns reading Lady Whistledown’s Society Paper. The caption read, "One year ago today, our buzzy Ton was born. Happy Anniversary, dear readers. This author does hope you enjoy your gift... Bridgerton returns March 25, 2022, only on Netflix."

6. Who Stars In Season Two?

While we will see some familiar faces from season one, Netflix casted a handful of new actors for the second installment. Last year, Deadline reported that Simone Ashley had been cast as the female lead, Kate Sharma, opposite Jonathan Bailey. “Newly arrived in London, Kate is a smart, headstrong young woman who suffers no fools—Anthony Bridgerton very much included.”

It was also announced that Regé-Jean Page won’t make an appearance in the show’s upcoming season. In typical fashion, Netflix broke the news via an official announcement from Lady Whistledown, which read, “Dear Readers, while all eyes turn to Lord Anthony Bridgerton’s quest to find a Viscountess, we bid adieu to Regé-Jean Page, who so triumphantly played the Duke of Hastings,” it read. “We’ll miss Simon’s presence onscreen, but he will always be a part of the Bridgerton family.”

7. Who Was In The Cast For Season One?

If you need us, we’ll be counting down the days to March 25.

HERE'S WHAT YOU NEED TO KNOW ABOUT SHONDA RHIMES'S 8 (!) NEW NETFLIX SHOWS