Try not to fall out of your seats, Virgin River fans. Thanks to a new Instagram Story from star Alexandra Breckenridge (aka Melinda "Mel" Monroe), we learned that the fifth season of the hit Netflix drama is nearly finished filming.

Early on Saturday morning, November 19, Breckenridge shared a photo of a painting to her Story that depicted a woman surrounded by luggage. On top of the pic, the 40-year-old actress wrote, “An actual picture of me leaving Vancouver after 5 months of filming.” 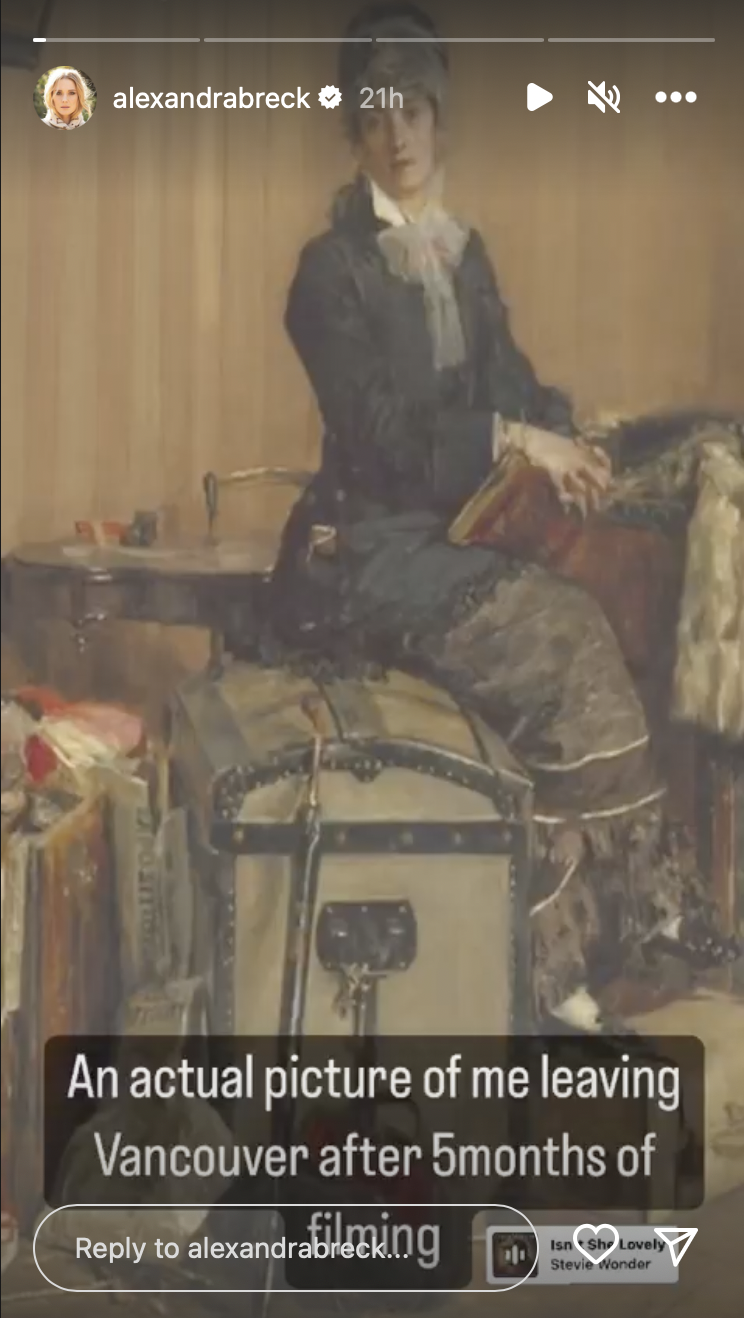 Along with the photo, the Virgin River lead also added an audio snippet of the song “Isn't She Lovely” by Stevie Wonder.

The painting which Breckenridge shared is Adieu Paris (‘The Customs’) by Antonio Mancini. According to the National Gallery in London (where the painting currently hangs), this work “shows an elegant if wistful young woman, surrounded by trunks and the paraphernalia of travel, who is preparing to leave Paris. Customs agents may soon arrive to inspect her belongings.” 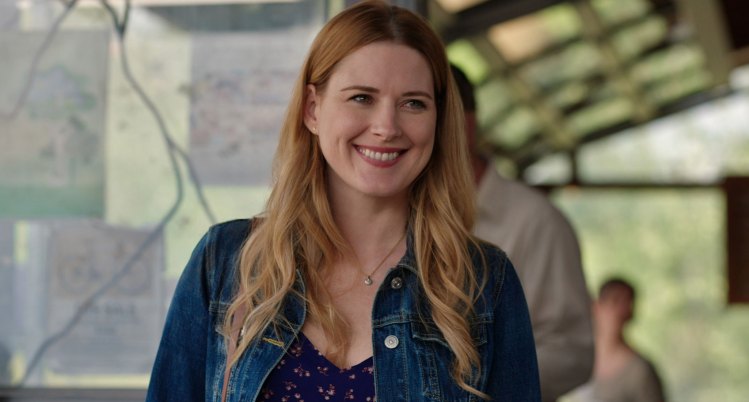 After nearly half a year on set, we can understand why Breckenridge will be hauling so much luggage. However, we're thrilled to hear that she's done filming because that means that all of season 5 is probably close to wrapping up.

Breckenridge has been teasing fans with behind-the-scenes moments from the set for months. For instance, she posted a video to Instagram in late October, where she and her co-star, Martin Henderson (Jack Sheridan), tired out the viral tortilla challenge.

Henderson has also been posting plenty of BTS content to his own IG account, like the snap (below) he took with co-star Benjamin Hollingsworth (Dan Brady), which he captioned, “What on earth would these two be up to? Big day shooting in the Canadian woods #virginriver #jacksheridan #badboybrady.”

Earlier this fall, Breckenridge told New Beauty, “This season, we have had the pleasure of starting earlier than we usually do.” So, hopefully we'll be getting these new episodes sooner rather than later. *Fingers crossed*

Stay up-to-date on all the latest Virgin River news by subscribing here.