In a manner that foreshadows nothing good, season three of the much-anticipated crime drama opens on vast forests and a kid riding a bike to ominous music.

“I remember everything,” says Detective Wayne Hays (Mahershala Ali) in his 1990 deposition, recalling the fated day when everything changed in West Finger, Arkansas.

The latest True Detective installment from Nic Pizzolatto weaves through three time periods: 1980, when the crime itself occurred, 1990 when a (to the audience yet unknown) conviction is to be overturned and the case is re-opened, and 2015, when an elderly Wayne struggles with memory loss, recording the day’s events to stay on track, while past events still linger. 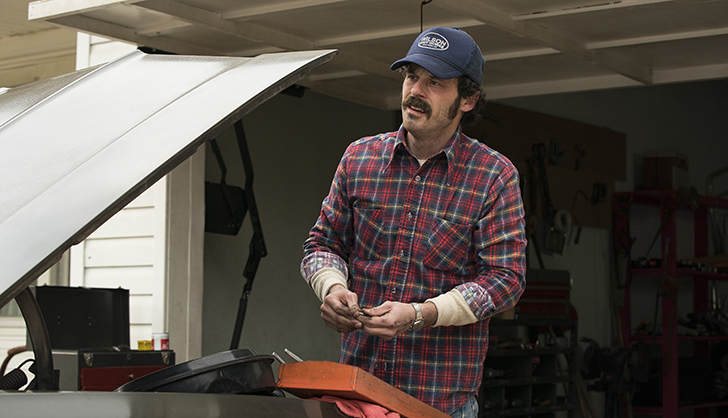 We can already guess these kids are never to be heard from again, so it’s time to take note of all the possible suspects who saw them take their last bike ride: three teen boys in a purple Beetle, random kids setting off firecrackers in a park called Devil’s Den (where surely only wholesome things take place) and a Native American man driving around town in a go-cart, a trailer full of scrap hitched to it.

That evening, Wayne, himself, was doing a shift with partner Roland West (Stephen Dorff), the two of them blowing off steam at a landfill by trying to blow holes in rats (as retaliation for all the times rats nearly took out all of humankind).

Roland suggests they go visit a brothel, but Wayne says he can’t afford it. “You’re gonna pay for it one way or another,” says Roland, proving that dating was just as fruitful three decades ago as it is today. (This conversation exists to let the audience know both Wayne and Roland served in Vietnam, which permeates the entire series, and most likely all of early 1980s America.)

The two are interrupted by an alert that two kids have gone missing.

“Never occurred to you he might be lying?” Wayne is asked in 1990. “The general rule is everybody’s lying,” he responds and turns off the recorder. “Ya’ll know something I don’t?” 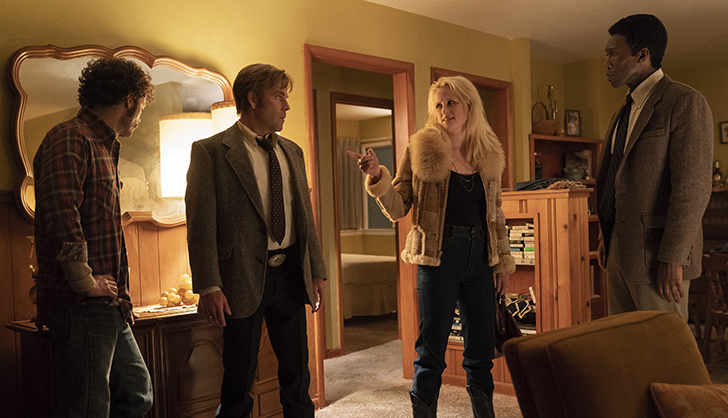 We return to the Purcell home where Wayne and Roland ask to look inside the house. Tom gets testy with them, but eventually allows it. The house is, of course, full of clues: We find out Tom and his wife, Lucy (Mamie Gummer), no longer share a bedroom. They haven’t since Cousin Dan visited. In Julie’s bedroom there are several drawings, but one in particular, of a couple getting married, stands out.

Just as the policemen wonder if it’s Tom’s wife who has taken the kids, Lucy rushes in and starts hurling insults at her husband. This is not a “pull together for the greater good” household.

Wayne continues his search and finds a stash of Playboy magazines under Will’s mattress. Inside Will’s closet there is sawdust on the floor from a peephole into Julie’s bedroom. 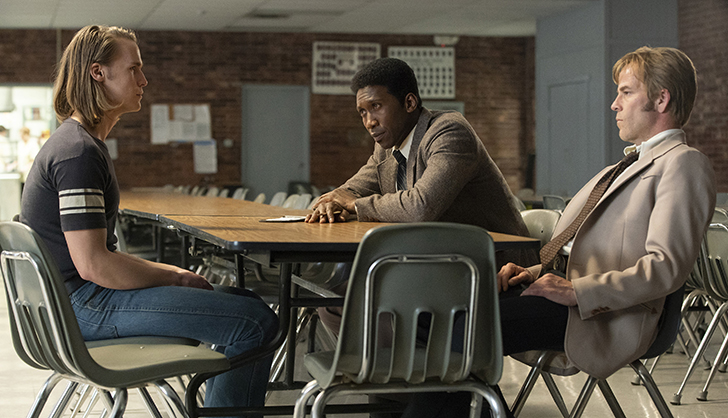 In order to get more intel on Will, as well as the three kids in the Beetle, Wayne and Roland visit West Finger Public Schools, where they meet English teacher Amelia Reardon (Carmen Ejogo). As if hints in the 2015 time lines about Wayne’s wife—a great writer and a great teacher—isn’t enough to convince you these two eventually end up hitched, the sparks, subtle as they may be, fly when the two of them lay eyes on each other. It’s not all fun, games and googly eyes, though. Amelia leads them to Freddie Burns, owner of the Beetle, who admits to seeing the kids that afternoon, while his friend says the kids left the park at 9 p.m. Hmm…shifty.

They may not be any closer to solving the crime, but Wayne walks away with Amelia’s phone number. Which is about as “light and fun” as this episode gets.

Next, they go visit “Trash Man” Brett Woodard (Michael Greyeyes), and Wayne’s voiceover from 2015 says, “Anyways, you know what happened with him.” (But we don’t!!!) The door to his place is open, and from photos inside the house, we can see that he used to have a wife and two kids. He also was stationed in Vietnam.

For some reason, retelling the “Trash Man” part of the story flusters 2015 Wayne and he abruptly ends the interview he’s doing with the true crime film crew. (They’re in his house documenting the story of the 1980 investigation.) He goes into his study, where he caresses the typewriter and takes a book off the shelf, his wife’s—Amelia’s. 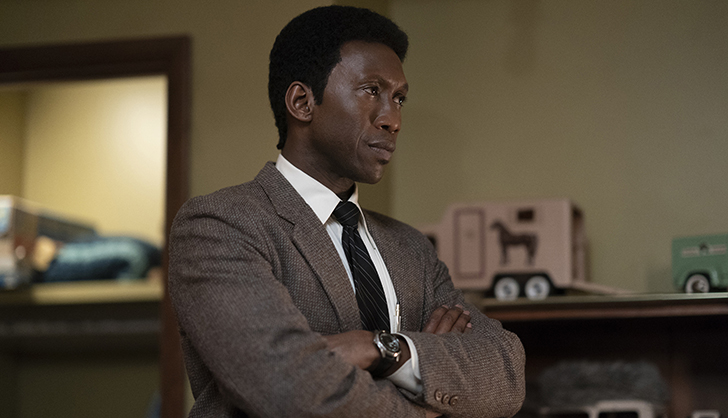 In 1980, the canvassing continues and Wayne separates himself from the larger group. Roland explains to another officer that Wayne was a “Lurp” in Vietnam (that is, Long Range Reconnaissance), who during the war spent weeks in the jungle by himself.

Wayne continues his search to a stream where he finds an abandoned kid’s bike, half submerged in water and mud. Overlooking the bike is a creepy-looking bride doll made out of straw. As he continues on, another doll sits perched by the opening of a cave.

Inside the cave Wayne’s worst fears come true as he discovers Will, lying serenely on his back, as if asleep, with his hands in prayer position. Realizing Will is dead, he scampers out of there, calling for backup.

That’s not, however, the most shocking reveal of the episode. As Wayne finishes going over the events of November 7 for the deposition, he’s told that there’s been a robbery in Oklahoma, which turned up a set of prints—and they belong to Julie. Is Julie still alive?! Or is there something shady going on?

So. Many. Questions. Episode two of True Detective premieres directly after episode one, followed by episode three on January 20 at 9 p.m. on HBO.