Last night, Serena Williams truly dazed in a custom-made pink Gucci gown on the red carpet of the 94th Academy Awards. But, the Grand Slam champion decided to take it up another notch and debuted a short silver ensemble at the Vanity Fair Oscars party.

The 40-year-old tennis athlete rocked a silver mini dress while attending the event at the Wallis Annenberg Center for the Performing Arts. She accessorized the look with silver drop earrings and a wristwatch. Williams tied the outfit together with a pair of open-toed silver heels. Lastly, Serena wore her honey blonde hair in a short-cut bob. 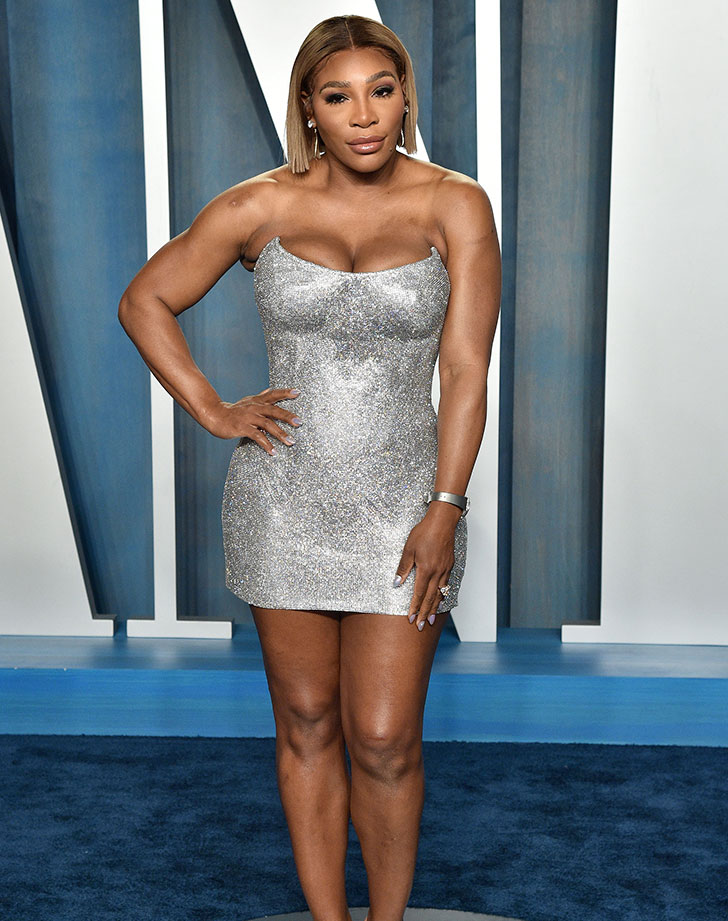 Shortly after the event, Serena shared BTS photos on Instagram—where she was shown chatting with reality stars Kim Kardashian and Kendall Jenner. She also shared exclusive photos from the Vanity Fair carpet, which gave an up-close look at her silver outfit.

This is not the first time Serena has decided to wear a silver ensemble to an awards show. Earlier this month, she wore a silver Versace gown to the Critics Choice Awards. The dress featured a train that extended from the waistline.

At the Vanity Fair after-party, Serena was joined by her sister, Venus Williams. The tennis star wore a sleeveless white gown with a silver choker and bracelet. She paired the ensemble with silver studded earrings. Venus opted for a high ponytail ‘do that allowed her hair to drape over her shoulder.

Both sisters attended the Oscars after King Richard, the biopic based on their father Richard Williams, was nominated for five awards—including Best Picture. They both served as executive producers for the film. Will Smith took home the award for Best Actor for his performance as Richard, marking his first Oscar win in his career.

The Results Are In! A Complete List of 2022 Oscar Winners