King Richard is now streaming on HBO Max, and while the title might sound like a historic spin-off of The Crown, it’s far from it.

King Richard tells the real-life story of Venus and Serena Williams, beginning with their childhood and exploring their professional journey. But instead of focusing solely on the up-and-coming athletes, the movie centers around their father, Richard, who works tirelessly to convince the tennis industry to take a chance on his daughters. The titular role is played by Will Smith, and his performance already landed him a well-deserved Golden Globe for Best Actor in a Motion Picture, Drama. (Plus, an Oscar might be next.) 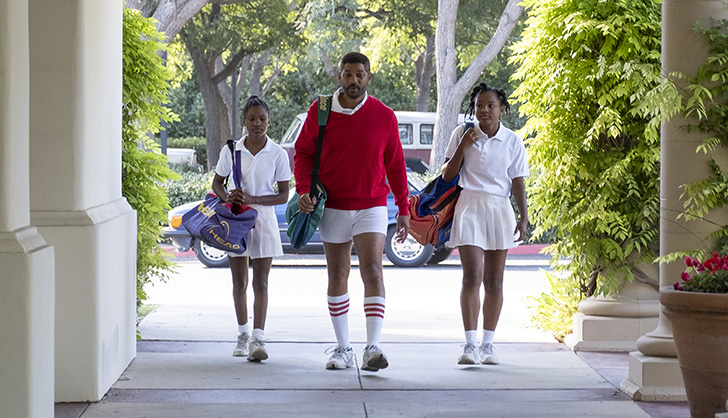 The film begins when Venus (Saniyya Sidney) and Serena (Demi Singleton) are pre-teens, highlighting Richard’s persistence in obtaining a noteworthy coach. This includes passing out brochures, attending tournaments and crashing training sessions in the hope of catching someone’s attention.

When they finally receive interest from top tennis coach Paul Cohen (Scandal alum Tony Goldwyn), the family is torn because he wants to only train Venus. Although Serena is left without a trainer (at least for now), Richard is determined to help her succeed, even if it means filming Venus’s practices to pass along to Serena.

The film explores the ups and downs that led to Venus and Serena’s future success. Even if you don’t follow tennis, the inspiring story is bound to enthuse sports fans and non-sports fans alike (and accumulate a few Oscars). 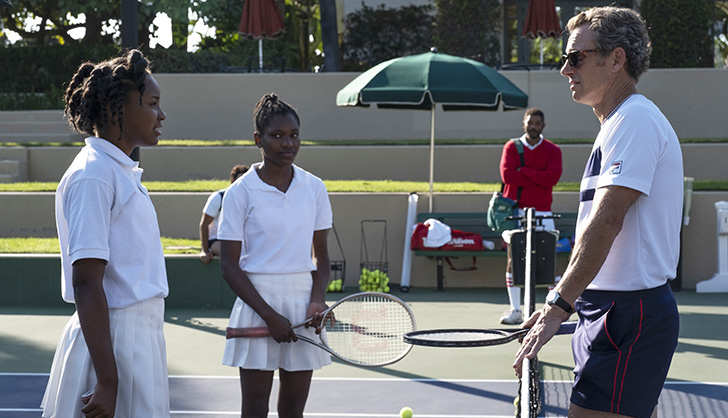 There are multiple reasons why King Richard is a must-watch. First, the story is extremely entertaining, even though it’s somewhat predictable because it’s based on a true story. (Disclaimer: don’t Google the matches prior to watching.) Not only does it highlight their remarkable story, but it also shows the hardships the Williamses faced simply for being a Black family in a white-dominated sport.

Second, it’s different from other sport biopics. Everyone knows the Williams sisters as two of the most talented tennis players, but very few people know how hard their dad worked to get them there. The film offers a never-before-seen glimpse at Richard’s story—not Venus’s and Serena’s.

And finally, two words: Will Smith. The expectations were high, and he far exceeded them. Everything from the accent to the mannerisms and the way he walks are spot-on character choices. The storyline isn’t comedic, but the actor incorporates just enough humor to provide a few chuckles. To be completely honest, the film wouldn’t be nearly as good if it weren’t for Smith’s scene-stealing performance.

King Richard checks all the boxes of a must-watch film: It’s inspiring. It’s family oriented. It’s Oscar-worthy. And it features a talented cast. (Looking at you, Smith.)