It looks like congratulations are in order for Rihanna, because she just revealed that she is pregnant with her first child!

Over the weekend, the “Umbrella” singer took a snowy walk through Harlem with her boyfriend, Rakim Mayers (A$AP Rocky), where she donned a long pink coat, which she kept open at the stomach. With the jacket unbuttoned, Rihanna's baby bump was clearly visible, and she accentuated it by draping a long golden necklace over it.

People was one of the first outlets to break the news and reveal the snaps of Rihanna's pregnant belly bump (which can be seen here).

A few days back, the couple were seen leaving Pastis Restaurant in New York City, where Rihanna sported a blue windbreaker and draped a fur shawl over her shoulder (effectively hiding her big news). But now, the cat is out of the bag. 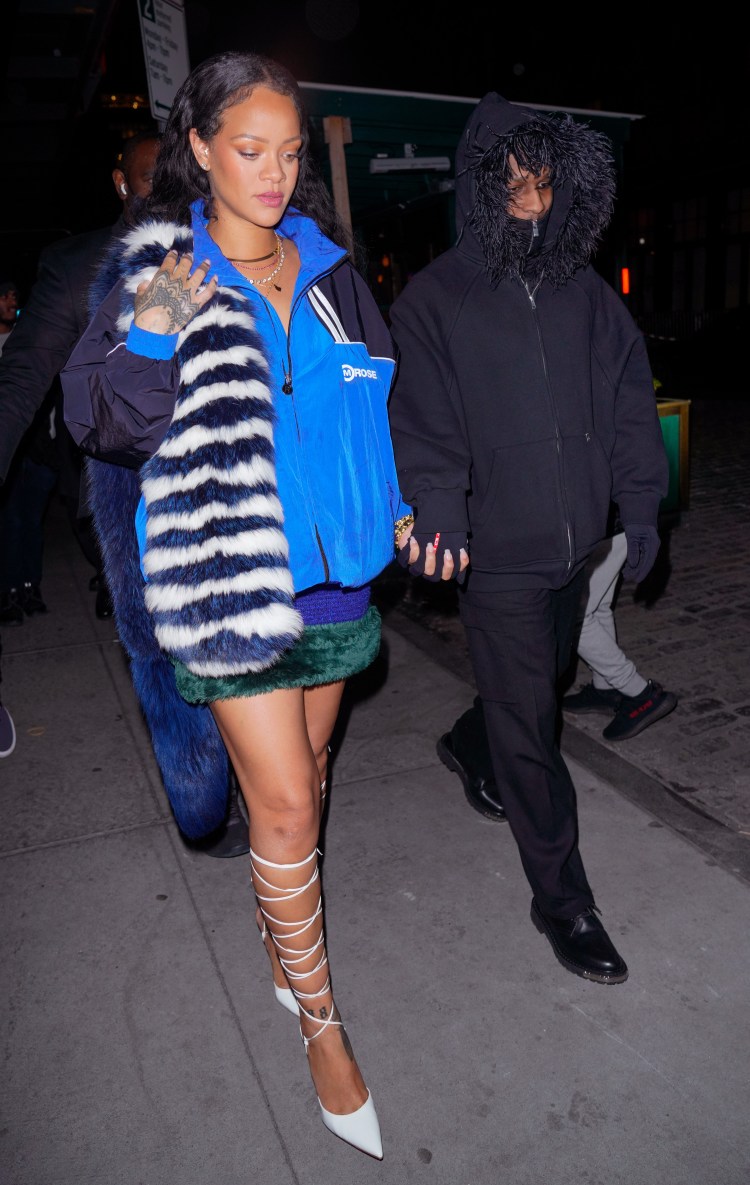 For many years, rumors have circulated that Rihanna and Mayers were linked romantically, and after RiRi split from her ex, Hassan Jameel, the two officially announced they were dating in 2020.

Then, in May 2021, A$AP Rocky discussed their relationship in an interview with ﻿GQ﻿, saying Rihanna is “the love of [his] life.” He also added, “So much better when you got the one...[Rihanna] amounts to probably, like, a million of the other ones. I think when you know, you know. She’s the one.”

In the past, Rihanna has talked about her desire to be a mother, telling British Vogue that she wants three or four children, even if there isn't a partner in the picture. “I feel like society makes me want to feel like, ‘Oh, you got it wrong.’ They diminish you as a mother if there's not a dad in your kids' lives,” the singer said. “But the only thing that matters is happiness—that's the only healthy relationship between a parent and a child. That's the only thing that can raise a child truly, is love.”

We are sure that this child will feel the love. Congrats to Rihanna and Mayers!