As you probably already saw, the Duke and Duchess of Cambridge released a new set of photos for the two-year-old's big day. And while we're loving the creativity of the six photos of Prince Louis hand-painting rainbows (ICYMI: kids around the world have been painting and pasting rainbows on windows as a sign of hope and positivity during the coronavirus crisis), we noticed some interesting similarities between the youngest Cambridge's photos and his brother's and sister's at the same age. Take a look. 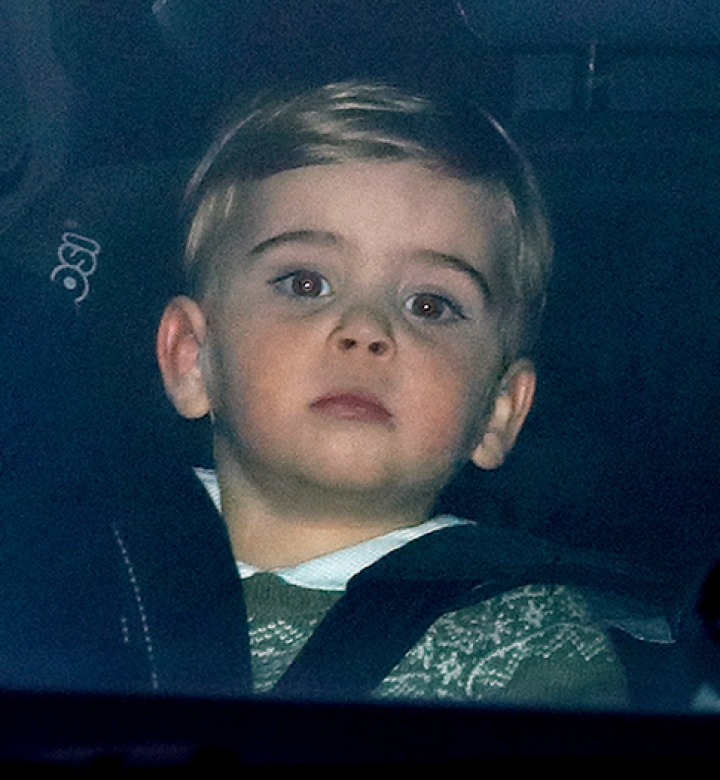 Prince Louis's birthday portrait was captioned, "Sharing a sneak peek of Prince Louis’ handiwork ahead of his second birthday! The Duke and Duchess of Cambridge are pleased to share new images of Prince Louis, taken by The Duchess this April." In the picture, the little prince looks so grown up in a blue and white checked button-up shirt and combed over dirty blonde hair. But he's not the first to be in the midst of a project while getting his birthday portrait taken... 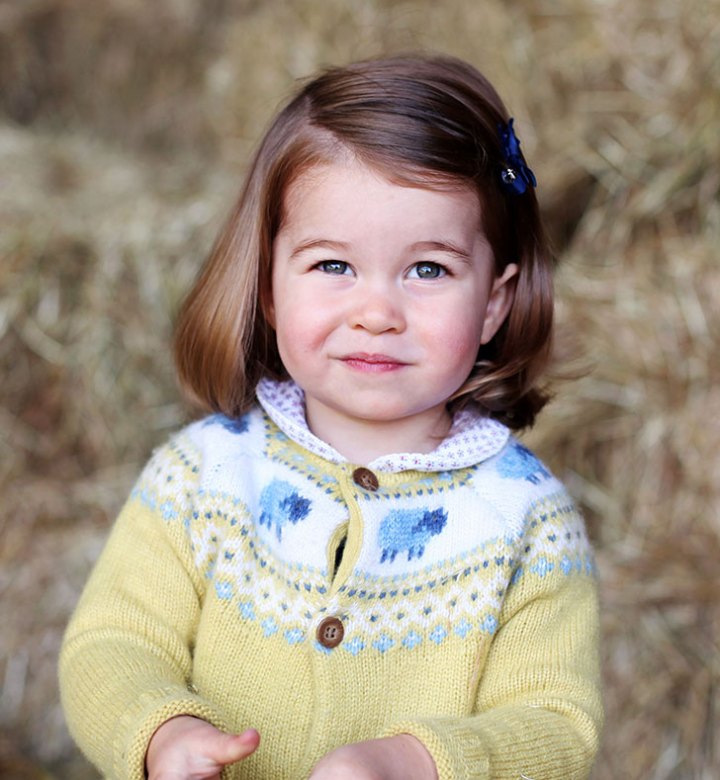 Princess Charlotte, who turns 5 next week, was also in the midst of an activity when mom Kate Middleton captured her birthday portrait back in 2017. In the bottom left corner, you can see the hint of a children's book that Lottie was presumably reading. It seems the Cambridges are big fans of taking candid photos when their kids are distracted by painting or reading (*makes mental note to self*).

She also has the same deep side part and dirty blonde/light brown hair as Prince Louis at the same age, although her hair has gotten noticeably darker over the past three years. Perhaps Louis's will do the same? 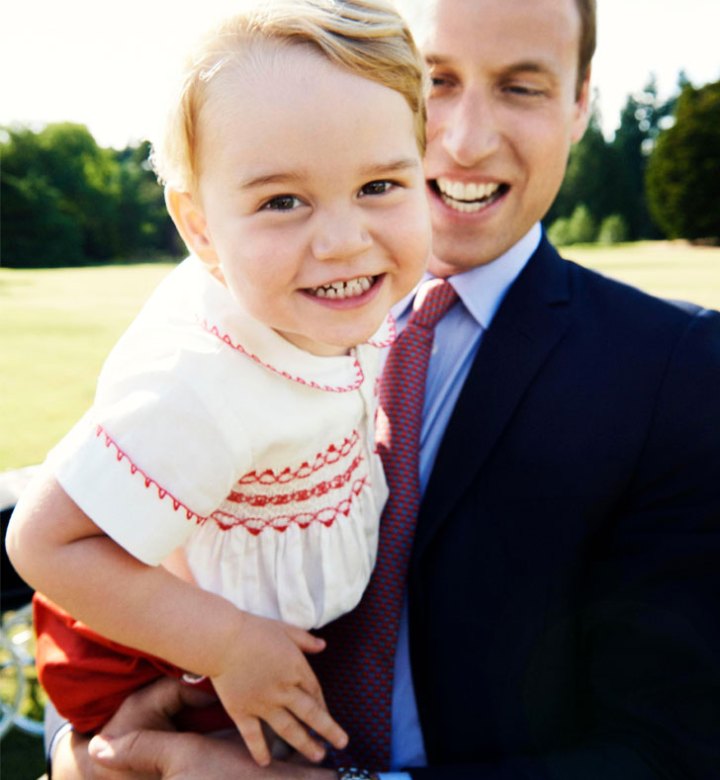 He's also rocking the same hair style as his younger brother's portrait, though his hair is much lighter and blonder than that of his siblings. His clothing is also noticeably different. Whereas Prince Louis's outfit looks more modern (doesn't every mom of a toddler boy own a shirt just like that?), Prince George is dressed in a red and white outfit that's an almost exact replica of an outfit Prince William wore as a toddler when visiting Prince Harry at the hospital for the first time, in 1984 (via Hello! magazine).

Regardless of the similarities, one thing's for sure: The Cambridges are the reigning king and queen of adorable birthday portraits.