Just when you think we’ve reached peak Pumpkin Spice, a whole new wave of products emerges. At this point, the vague combination of cinnamon, nutmeg, ginger, allspice and cloves has far surpassed lattes and desserts, infiltrating everything from eyeshadows to cleaning products. So, with all the pumpkin spice products out there, which ones will really get you in the fall spirit, temperatures (and calendar) be damned? We’ve taken it upon ourselves to test dozens of new and returning items, ranking our favorites on just how well they capture the essence of autumn (crisp air! Cozy sweaters! Cinnamon-y spices!) without drowning you in it.

The Best Starbucks Drinks to Order This Fall 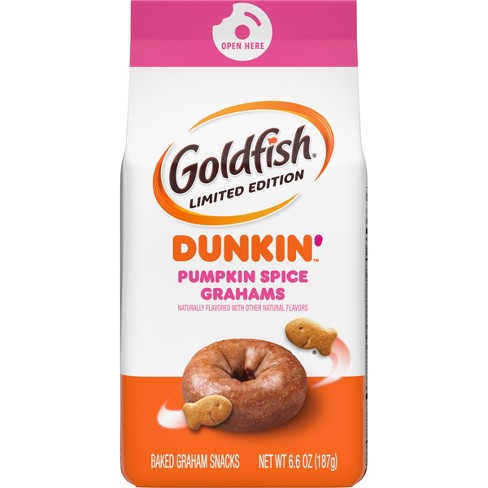 If you could eat an entire box of pumpkin Munchkins in one sitting, this is the snack for you. They’re a lot like Teddy Grahams, just with more depth of flavor than straight cinnamon-honey notes. They’re the grab-and-go snack you won’t tire of by mid-October. 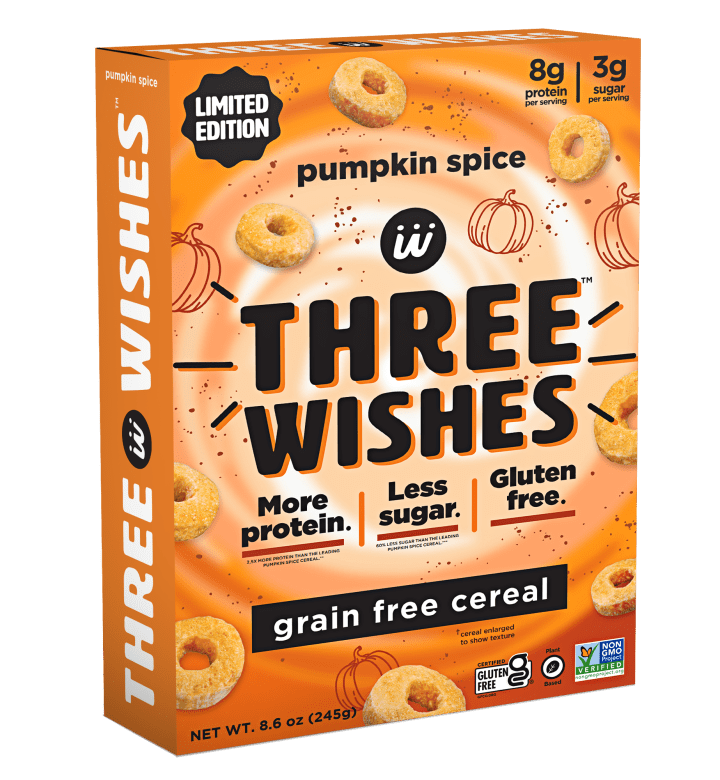 Pumpkin Spice-flavored foods are often heavy on the cinnamon—with Three Wishes, the clove, nutmeg and allspice really shine through. Plus, the cereal is gluten-free and has nearly three times as much protein per serving as its competitors (8 grams). 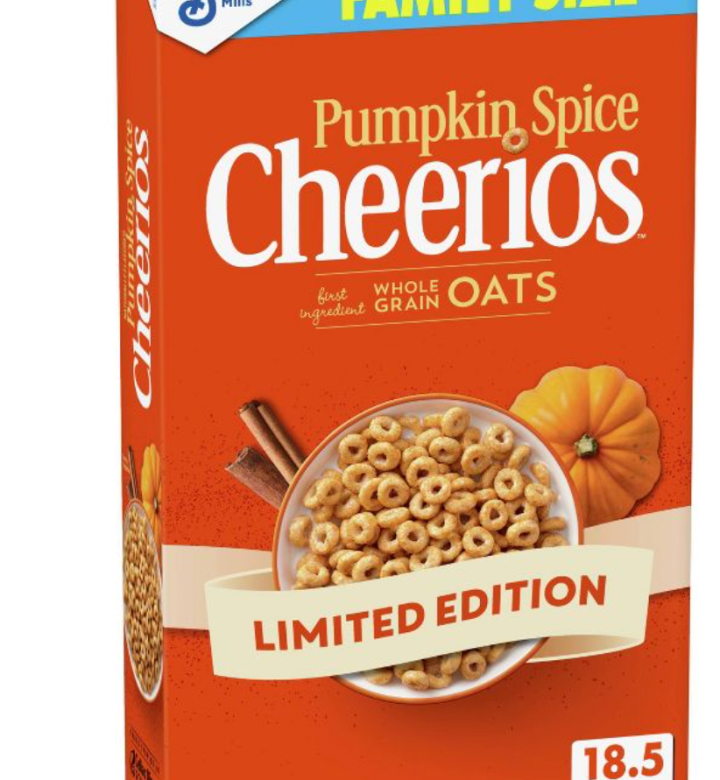 On the other end of the spectrum, if cinnamon is the whole appeal of pumpkin spice to you, grab a box of these limited-edition Cheerios. Though each serving has less protein (3 grams) and more sugar (11 grams), it tastes more like a treat and it’s also gluten-free. 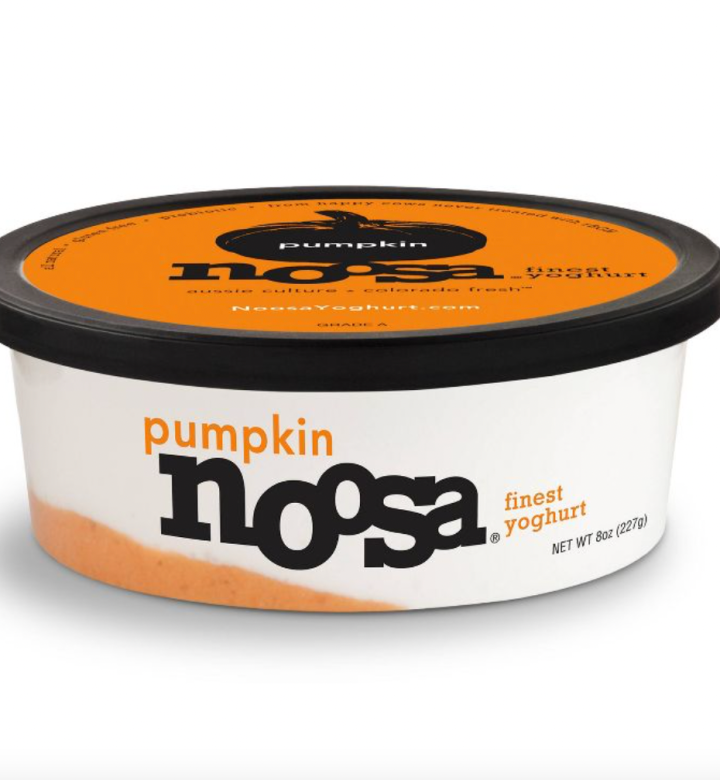 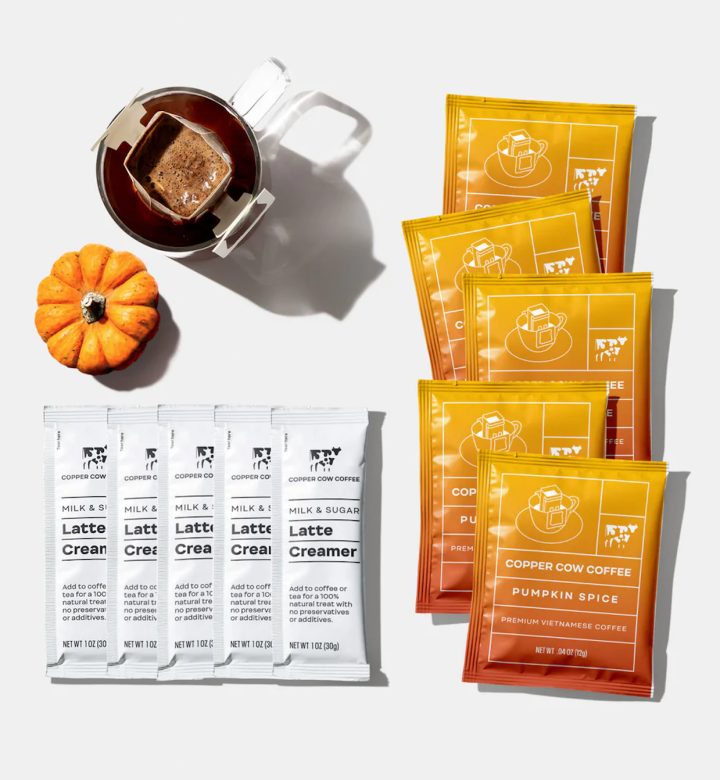 It defies logic how a latte-in-a-box could taste so high end, but we won’t question its magic. Copper Cow’s take on Vietnamese coffee involves first steeping a coffee bag in your mug, then adding as much of the included cream and sugar packet as you’d like. We found half the serving was just right for bringing in classic pumpkin spice flavors and a little sweetness without feeling like you’re downing a liquid marshmallow. 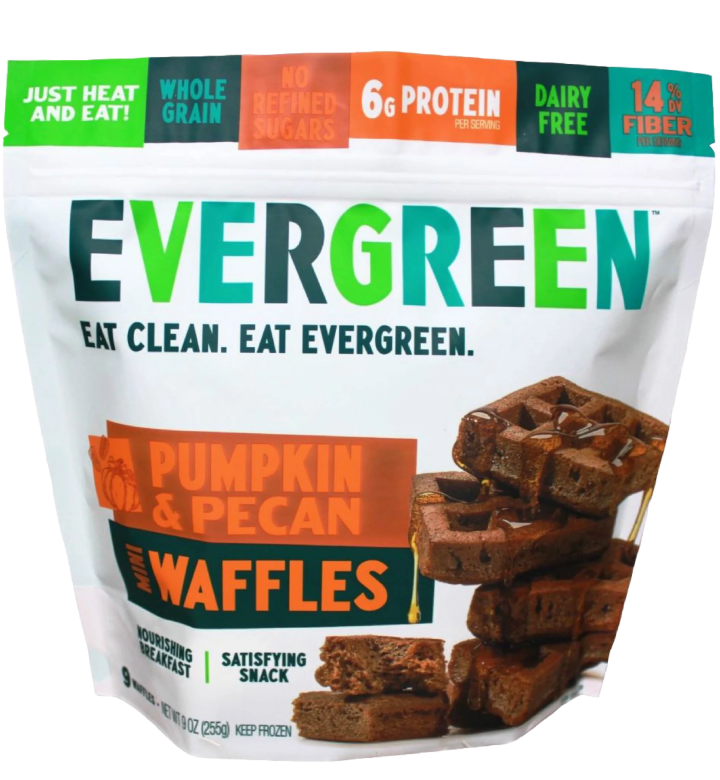 Frozen waffles often taste like cardboard. There, we said it. These thick waffles taste homemade, and they’re studded with chopped pecans. While pumpkin is the first ingredient (of 12, which are all easily recognizable), the pumpkin flavor isn’t overpowering, so you can go heavy on the syrup without overwhelming your tastebuds. 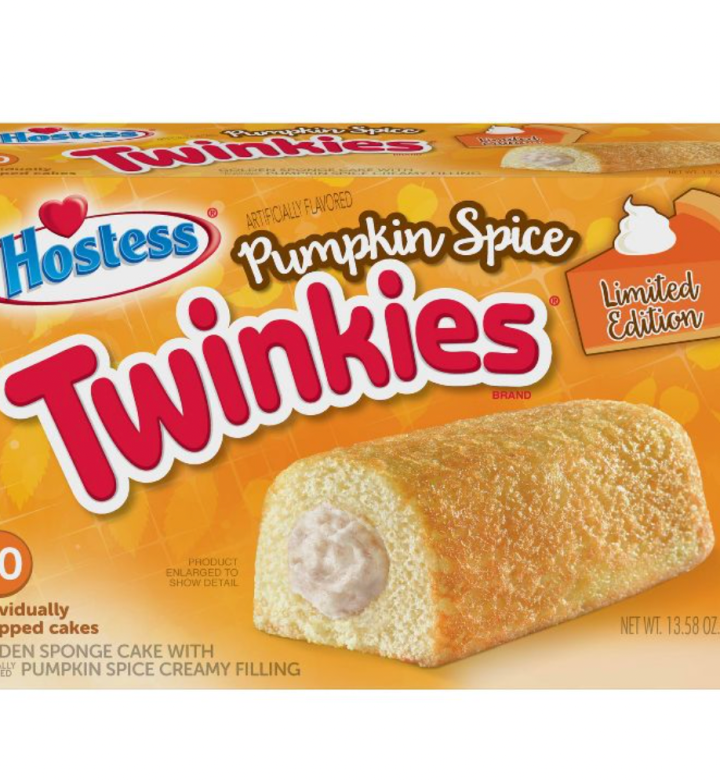 This treat is pure nostalgia, only elevated. Expect the classic vanilla Twinkie, only upgraded with a cinnamon-forward filling. It’s everything you know and love about the spongy snack, only gussied up for fall. 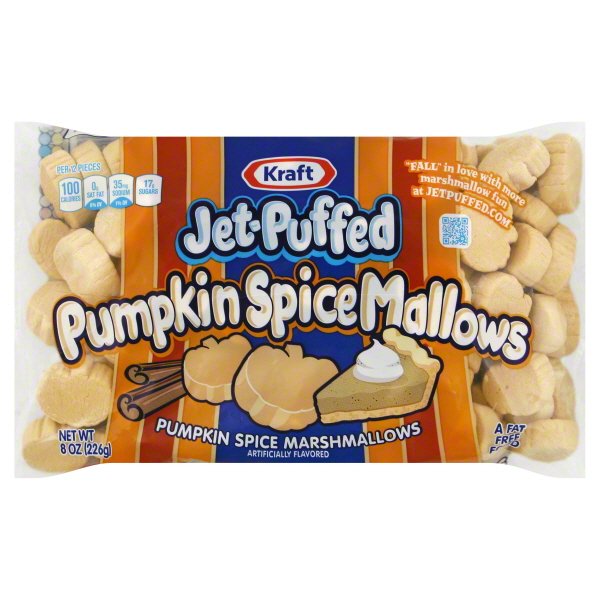 Move over, mellowcreme pumpkins; you’ve been dethroned. These pumpkin-shaped sweets are every bit as charming, only you won’t be picking bits out of your teeth hours later. (And they actually taste like something other than sugar—namely, a cinnamon-nutmeg-vanilla blend. 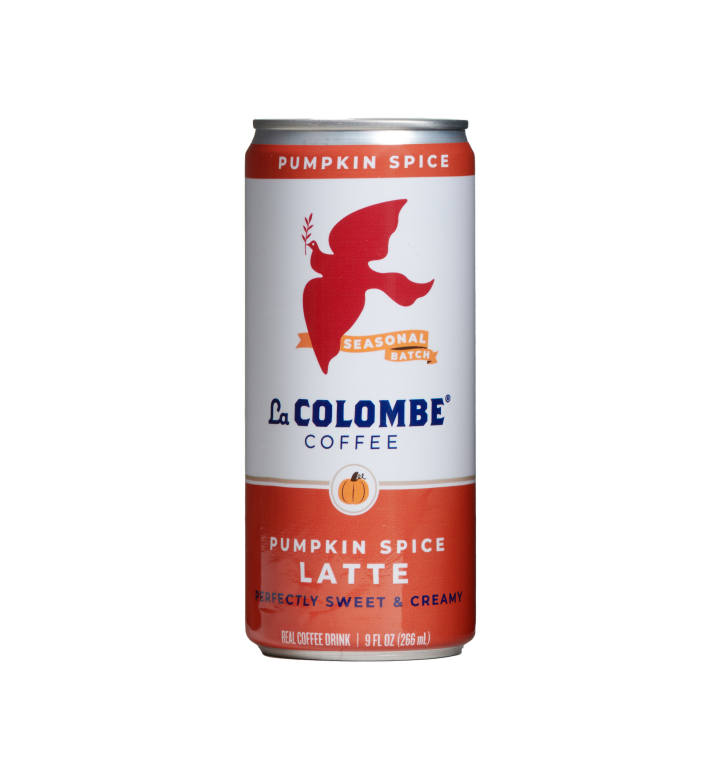 Flavored, canned coffee has a thickness to it, and often, a chemical-y aftertaste. Not so with La Colombe’s Pumpkin Spice and Oatmilk Pumpkin Spice Latte. It’s creamy and rich, but the coffee flavor still shines through. You get notes of pumpkin—there’s actual pumpkin puree in it, unlike some other PSLs on the market—striking just the right balance without assaulting your senses. 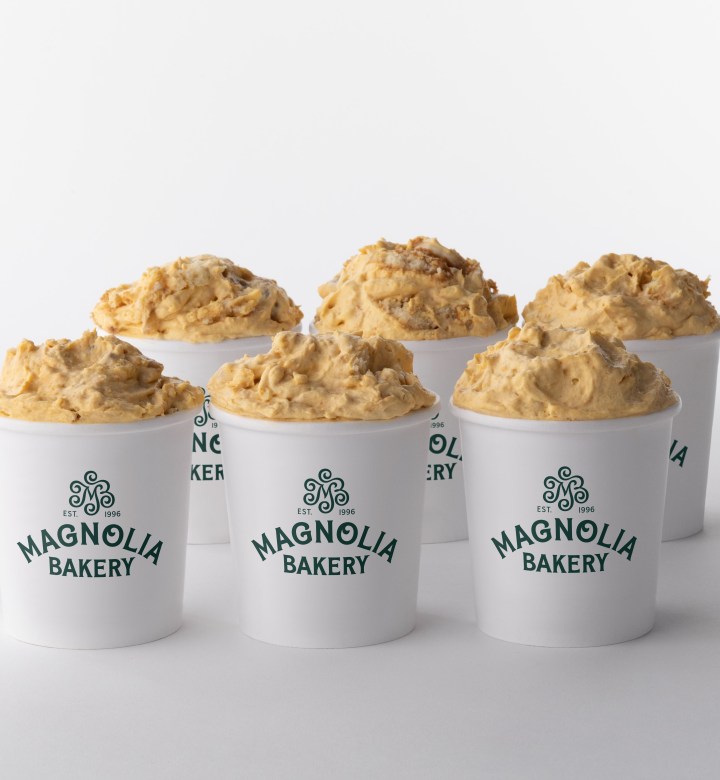 Sex and the City may have popularized Magnolia Bakery’s cupcakes, but true fans know the banana pudding is truly its all-star dessert. Its seasonal Pumpkin Spice Pudding doesn’t contain bananas (thankfully), but it’s equally decadent. Pumpkin-vanilla pudding is layered with vanilla wafers and cookie butter, creating a treat that packs the flavor of pumpkin pie with the cinnamon-cake-y-ness of a snickerdoodle and the light texture of mousse. Oh, and it can be shipped nationwide. 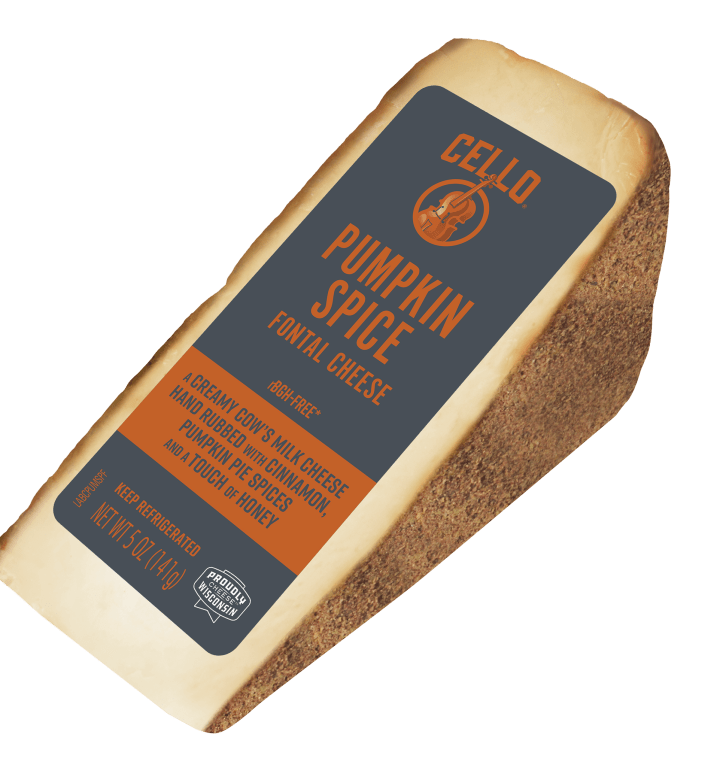 Your fall charcuterie board is incomplete without this cheese. That’s a bold claim, but it’s unexpectedly delicious. Cinnamon, pumpkin pie spice and a little honey are rubbed onto the exterior of mellow fontina cheese, which has been aged for 60 days. There’s a light sweetness to it and a faint cinnamon scent, making it a great complement to dried apricots and crusty baguettes—and a great way to offset some of the saltier cheeses on your plate. 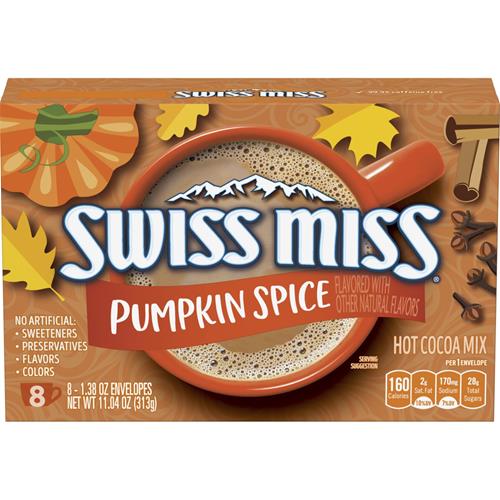 Admittedly, we were hesitant to try this one—would it be bright orange? Would it taste like potpourri? Thankfully, no and no. There’s a slight orange tint, but the spice is mellow and the cocoa flavor really comes through, tasting a lot like a molten pumpkin brownie. Be still our hearts. 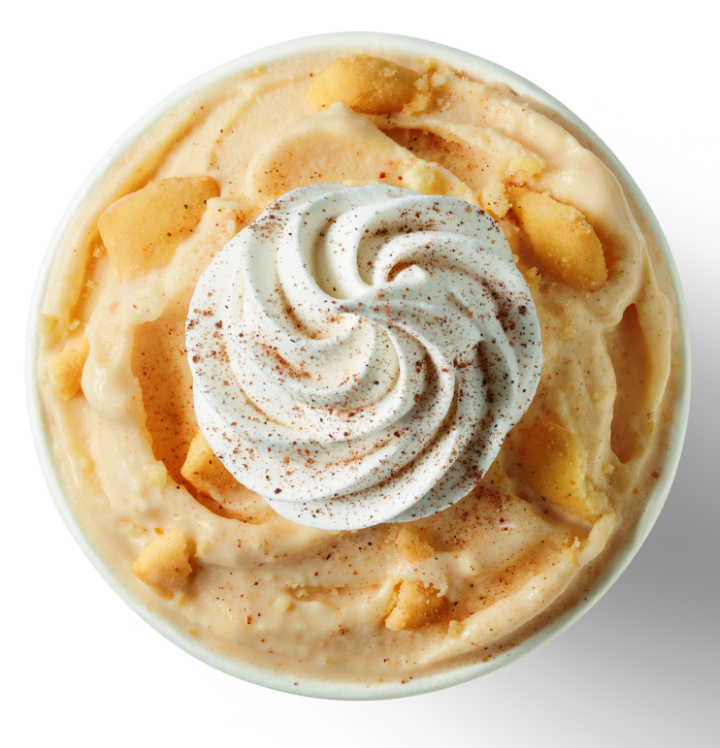 Starbucks may get all the pumpkin attention, but Dairy Queen’s Pumpkin Pie Blizzard is an under-the-radar hit. Soft serve swirled with pumpkin pie pieces and sprinkled with nutmeg, it’s a solid transitional treat—you know, for those early September days when you crave a PSL but it’s 85 degrees outside. (Also, this year you can enter to win fall Blizzard-scented throw pillows, which leads us into the next section…) 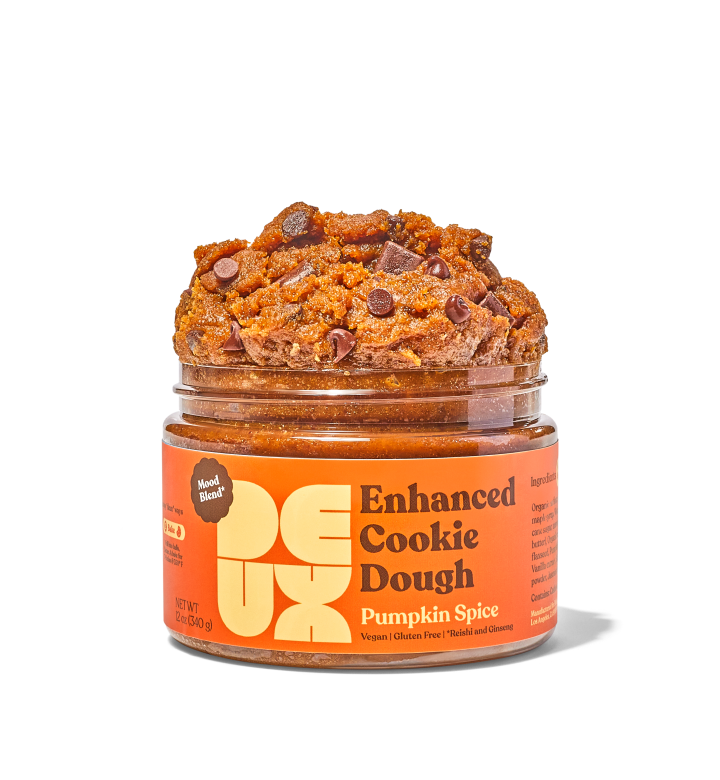 Want to feel semi-virtuous as you eat gobs of cookie dough? That's where Deux Enhanced Cookie Dough comes in. It's vegan and gluten free, and it's 'enhanced' with reishi and ginseng, which have been linked to boosting your immune system and helping people feel better overall.

But we know why you're really here: Does it taste like the first crisp, fall day, when you're baking a batch of cookies and can't resist licking the spoon? Yes—for the most part. The texture can be a little gritty, but the maple syrup and pumpkin pie spices shine through, and the chocolate chips are a welcome addition to round out the flavor. 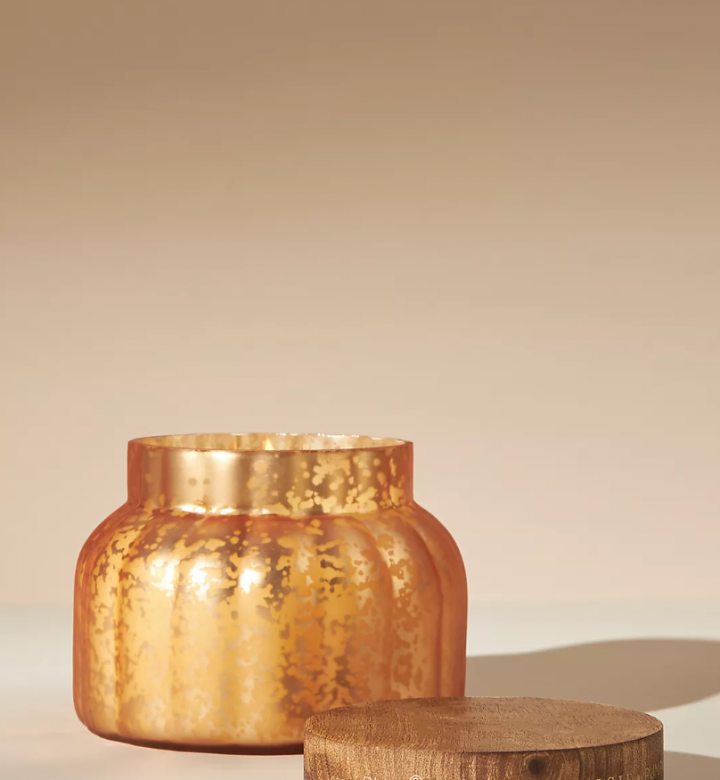 This Anthropologie find was one of our home editor’s top picks for fall candles, because it manages to convey the warmth of cinnamon, pumpkin and vanilla without making your room smell like you’ve fallen into a vat of Pumpkin Spice frosting at the Twinkie factory (all things in moderation, right?). Plus, it has a 70-hour burn time, so you can enjoy it all season long. 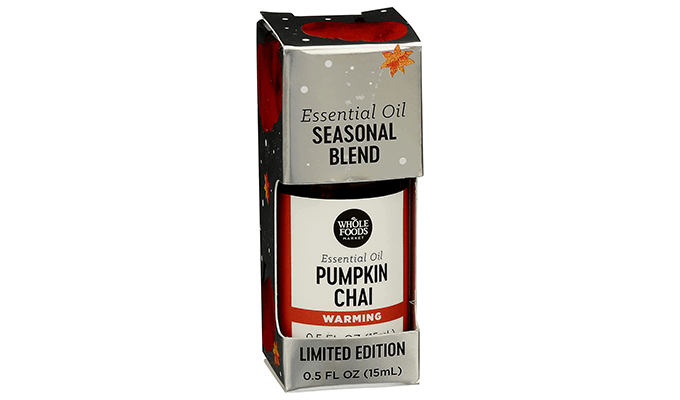 Ah, the quickest way to make your home smell like you just baked, even if you have zero intentions of turning on the stove. A few drops of this Pumpkin Chai essential oil in a diffuser quickly fills the room with a spiced-yet-not-overpowering scent reminiscent of freshly baked pumpkin muffins. 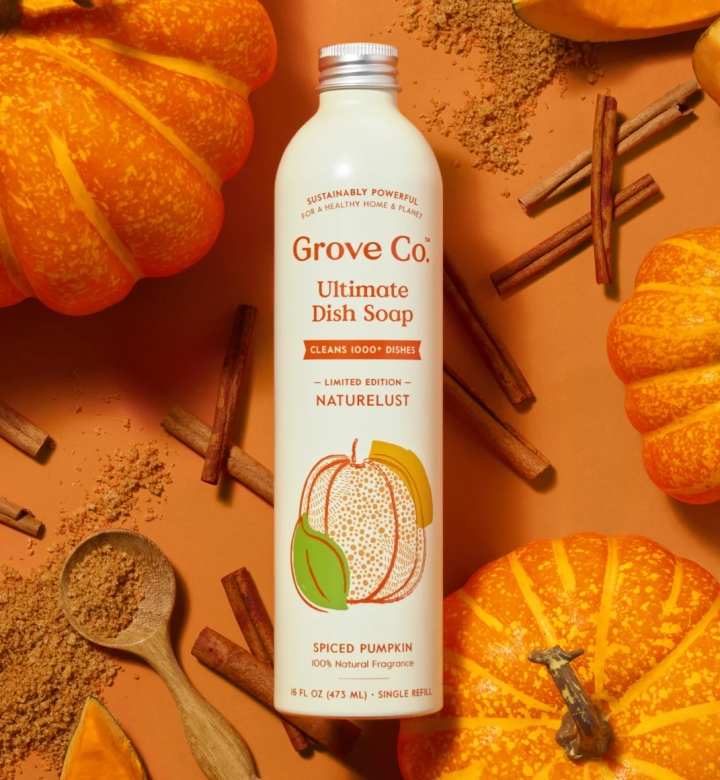 Pumpkin Spice truly has infiltrated everything, and after trying Grove Co.’s dish soap, we’re not mad about it. The 98 percent plant-based formula cuts through baked-on grease without too much scrubbing, while lightly scenting the area with a warm, pumpkin pie-esque fragrance. Doing dishes suddenly got a whole lot more pleasant. 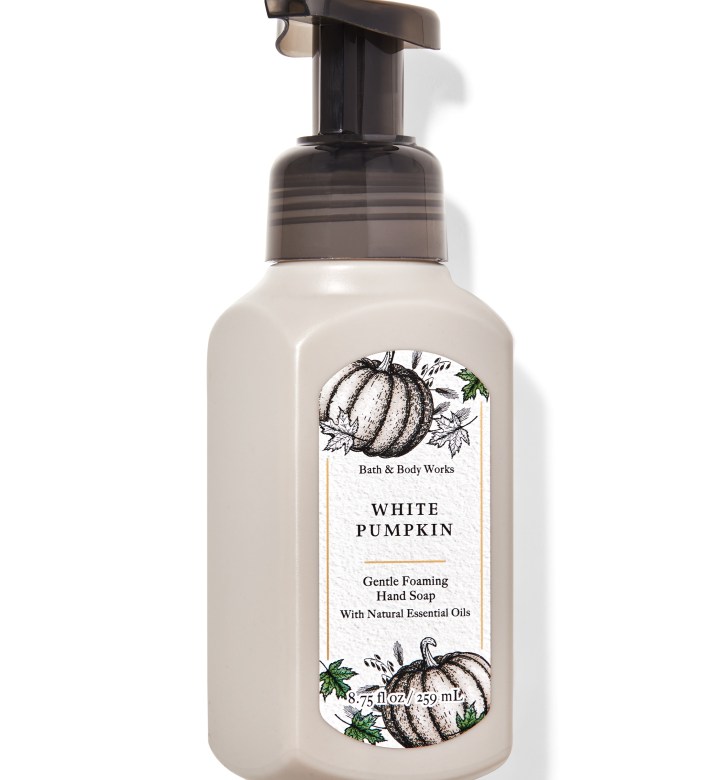 If you want to ensure your kids actually wash their hands, plop this bottle next to the sink. They’ll like coating their hands in the frothy foam; you’ll appreciate the elevated take on PSL szn, thanks to its combo of pumpkin, ginger, caramel and spice. 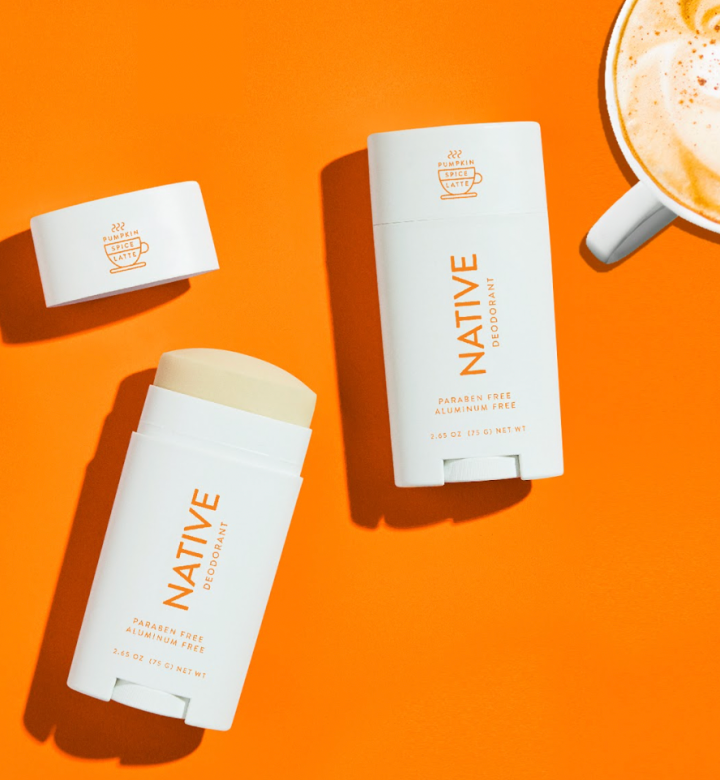 When you want every aspect of your life to smell like fall—down to your pits—you bet there’s a product for that. And in Native’s case, it’s not all hype: Fans go so crazy for this blend of cinnamon, nutmeg and clove that it often sells out within days of launching each year (the body wash is already gone, BTW). 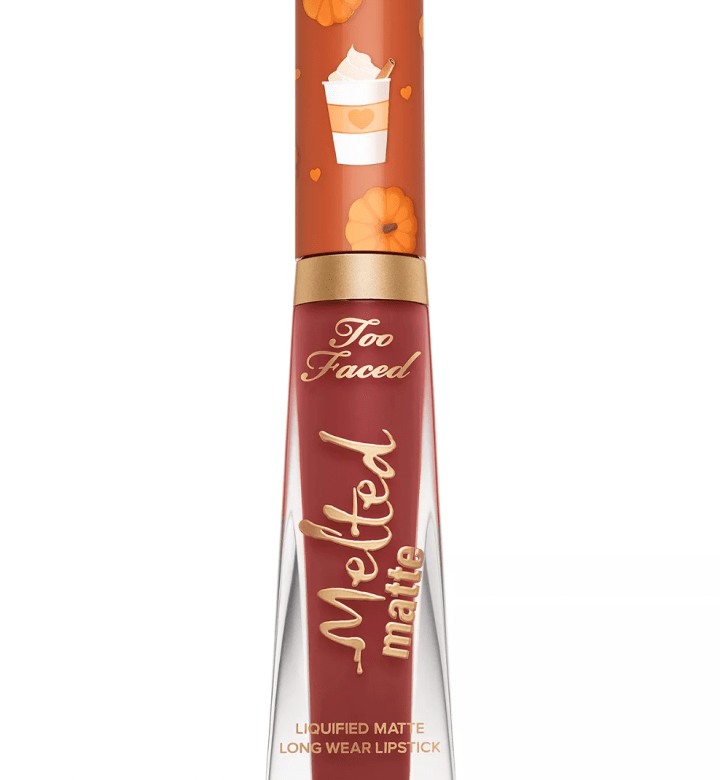 A whiff of this lightly latte-scented lipstick will bring you back to your LipSmackers days. What you’ll appreciate as an adult is the perfect-for-fall terracotta hue, and the fact that it stays put nearly all day long. 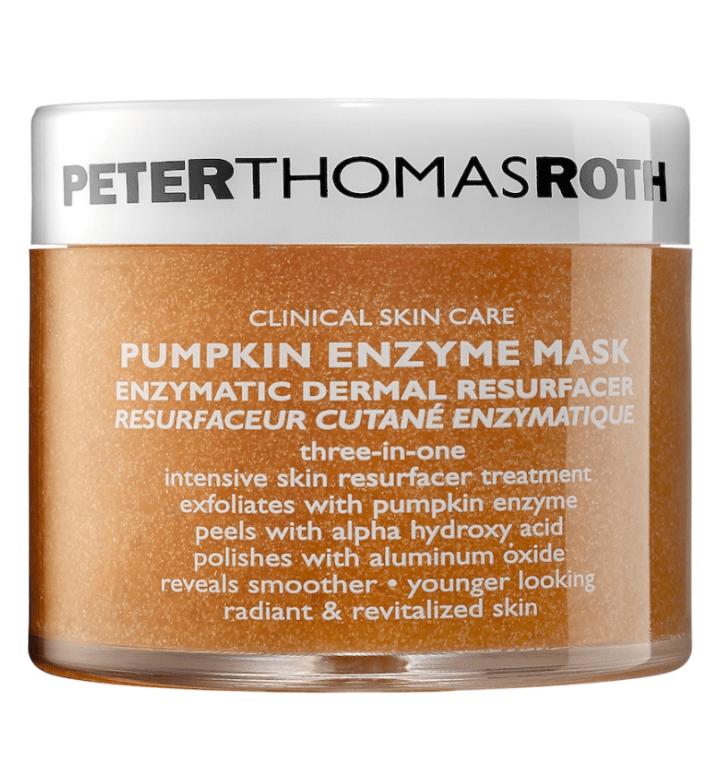 There are plenty of gimmicky body scrubs and face masks out there this time of year, but Peter Thomas Roth’s is the real deal. It “hits that Goldilocks level where you can tell it’s really helping to exfoliate your skin but it doesn’t feel like you’re stripping your face off,” our fashion editor says. Plus, the scent is refreshing without lingering after you’ve used it, making it a great pick for anyone who’s sensitive to smells. 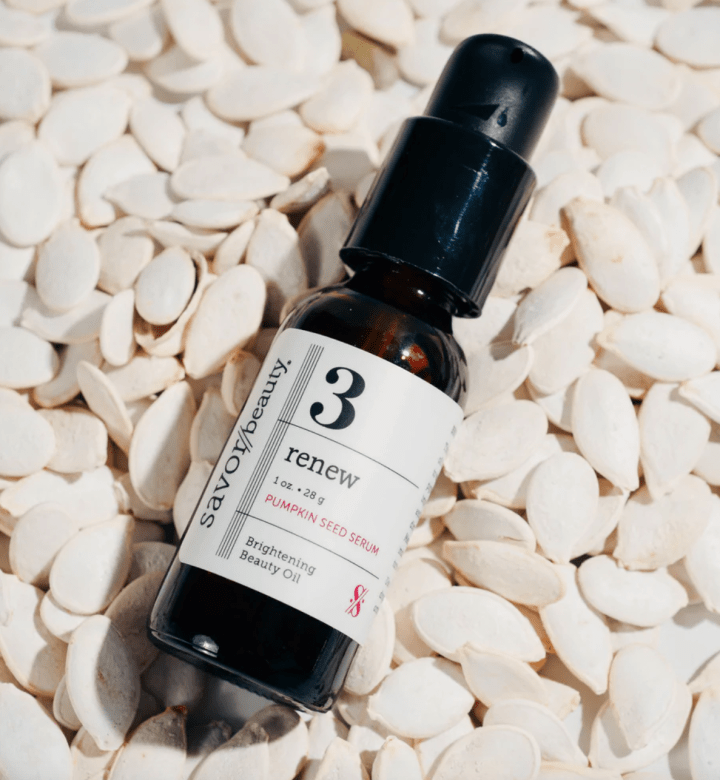 Savor Beauty’s serum earned our beauty director’s seal of approval after seeing how well it balanced out her skin—“especially during those drier, transitional months when I tend to get flaky,” she noted, adding that it’s hydrating without being overly greasy, and it didn’t give her breakouts. A win all around. (Also, it’s worth noting that the pumpkin here isn’t for show—the serum uses pumpkin seed oil, which is rich in zinc and vitamin E. It’s supposed to improve skin tone and fight acne.)