Looking for ‘Virgin River’ Season 4 Spoilers? We’ve Got You Covered 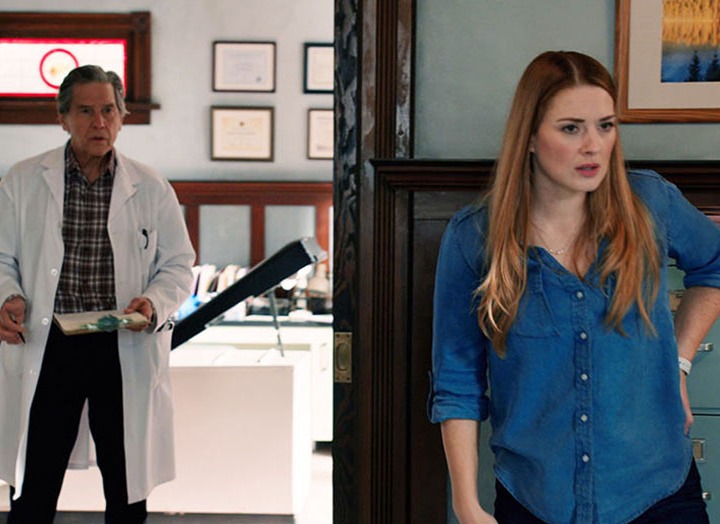 Ever since Netflix confirmed Virgin River season four back in 2021, we've been counting down the days until we can revisit the charming small town. And now, that time is finally here. But if you're curious to get spoilers before you dive in, we scoured the internet for details on what’s to come.

Based on our research, there are a few key plot points that will likely be addressed in Virgin River season four. The first involves Mel (Alexandra Breckenridge) and the unknown identity of her unborn baby’s father. In the season three finale, Mel tells Jack (Martin Henderson) that she’s expecting a child, and he might not be the dad. Since Mel could be pregnant with an embryo from her previous marriage to Mark (Daniel Gillies), there’s bound to be a paternity test in the new episodes. As much as we want a happy ending for Mel and Jack, we predict the baby drama is going to be detrimental to their relationship. Why? Because Virgin River is a TV show. And if the writers want us to keep watching, they might have to go there.

Another spoiler involves Brady (Ben Hollingsworth), who was arrested in the finale. The character is being accused of shooting Jack in season two, but we don’t think he’s guilty. The problem is it’s way too simple. Brady previously admitted to being at the bar when the shooting took place. Why would the writers reveal that key piece of evidence if they planned on surprising us with his arrest? Although the exact identity of the shooter won’t be revealed until season four hits Netflix, let’s just say that no one—we repeat, no one—can be overlooked as a suspect. We’re looking at you, Brie (Zibby Allen).

Oh, and how could we forget about Vernon (Tim Matheson), or “Doc”? Although the latest installment introduces his eye condition, we expect the new episodes to 1. further explore his medical journey and 2. reveal the fate of his wife Hope (Annette O’Toole), who was in a car accident.

Speaking of, Hope didn’t have a huge story line in season three because the coronavirus pandemic limited the number of people allowed on set. However, PureWow sat down for an exclusive interview with O'Toole, who confirmed that her character is returning.

There’s also Cameron Hayek (Mark Ghanimé), the town's handsome new doctor, who apparently has eyes for Mel, and we're sensing a love triangle between Cameron, Mel and Jack on the horizon.

Then of course, there is Lilly (Lynda Boyd), who tragically passed away in season three. Despite her emotional departure, Boyd recently revealed that her character will appear in flashbacks. “When I did have that chat that day with those producers, they said that the plan was to bring me back in flashbacks—like Mel’s husband, her dead husband,” she told RadioTimes.

Welp. Sounds like we're in for quite the ride this season.