Fans have been waiting almost two years for The Crown season 5 to hit Netflix. And now, that time has finally come.

In honor of the highly anticipated premiere, we tuned into the first episode of The Crown season 5 to determine whether it’s worth the watch. (Spoiler alert: it is.) The new installment further explores the lives of two late royal family members—Princess Diana and Queen Elizabeth—and it also offers a rare glimpse of Prince Charles’s “dangerously deluded” behavior at the time.

Keep reading for an honest review of The Crown season 5. 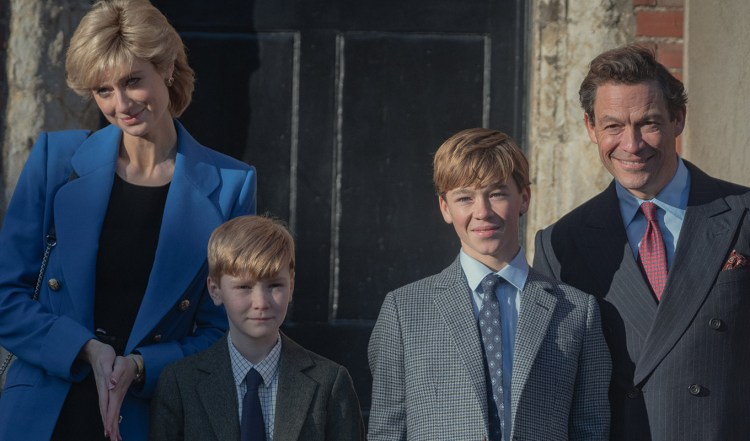 The first episode of season 5 begins with a flashback to Queen Elizabeth’s early days as monarch. In this scene, the character is played by Claire Foy (who starred in seasons one and two). But right on cue, the screen fades to present-day and shows Queen Elizabeth in her 60s (played by Imelda Staunton). FYI, the latest episodes feature a new cast due to another time-jump.

The installment offers a glimpse of what’s to come in the rest of the season, and it seems there are two key story lines. The first focus is the turbulent relationship between Princess Diana (Elizabeth Debicki) and Prince Charles (Dominic West), who isn’t a king…yet. It highlights how hard Diana fights to fix their marriage, despite lack of interest from Charles, and how their strained relationship affects their kids, Prince William (Timothee Sambor) and Prince Harry (Teddy Hawley).

“What happens when the family falls apart?” Diana says. “I say the Institution falls apart. And then…[explosion noise].”

The second story line is that of Queen Elizabeth and how she endures scrutiny once Prince Charles marries Princess Diana. While some people want her to step down and allow the Prince of Wales to take over, she remains confident that she’s the best person for the job. 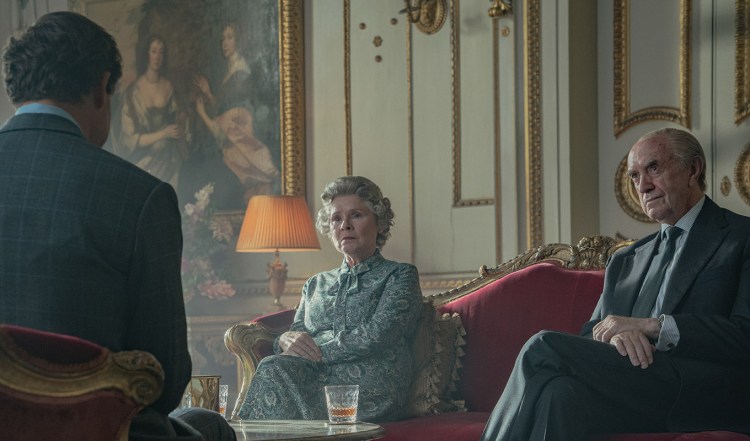 If there’s one key takeaway, it’s that The Crown season 5 seems to focus on female power. Despite the nasty rumors and gossip columns calling her “old,” Queen Elizabeth handles her position with total grace and even inserts her quippy personality during tense moments—a true-to-life trait that is dearly missed. Plus, it offers a sympathetic glimpse into the struggles that Princess Diana endures because of her distracted husband.

If you look past the powerful female figures, you’ll notice the show doesn’t depict King Charles in a positive way because it highlights his infidelity and his disinterest in spending time with his family. As a viewer, it makes us feel uneasy given that he just ascended the British throne. While The Crown is attempting to accurately portray his relationship with Princess Diana at the time, season 5 is bound to cause some controversy when the real royal family catches wind of the new episodes. After all, there has been quite a bit written about the public’s ability to separate fact from fiction when watching the show (a concern that may not be entirely unfounded).

PureWow rating: 4 out of 5 stars

So far, The Crown season 5 has succeeded in continuing the story line in an appealing way that doesn’t take away from Her Majesty’s accomplishments. The problem? The expectations are extremely high. And since the world is still mourning the loss of Queen Elizabeth, The Crown has huge shoes to fill.