This Netflix Movie Looked Terrible But Was Actually Really, Really Funny, According to Our Entertainment Editor

The plot sounds like a gender-swapped version of 17 Again, following a cheerleader who falls into a coma, wakes up twenty years later and decides to return to high school. But in the latest Stream On podcast episode, Phil Mutz reveals that he was “pleasantly surprised” by Senior Year. Although his co-host, Rachel Gulmi, is skeptical, his review may encourage you to add the brand-new flick to your streaming queue.

At the 21:40 mark, Mutz admits that he originally thought Senior Year would be a miss (versus a hit). “My expectations were that it was going to be horrific, and I was pleasantly surprised,” he says.

“It’s surprisingly funny. I really wanted to hate it because it’s such a played out and cliché idea,” he adds. “The story might be stupid, but who cares if I’m enjoying myself?”

Mutz warns that Senior Year is filled with scenes that will make you roll your eyes. For example, the reenactment of Britney Spears’s “Crazy” music video, which occurs about halfway through the film. “It just kind of speaks to why the movie makes no sense, but it’s also kind of enjoyable,” he explains. 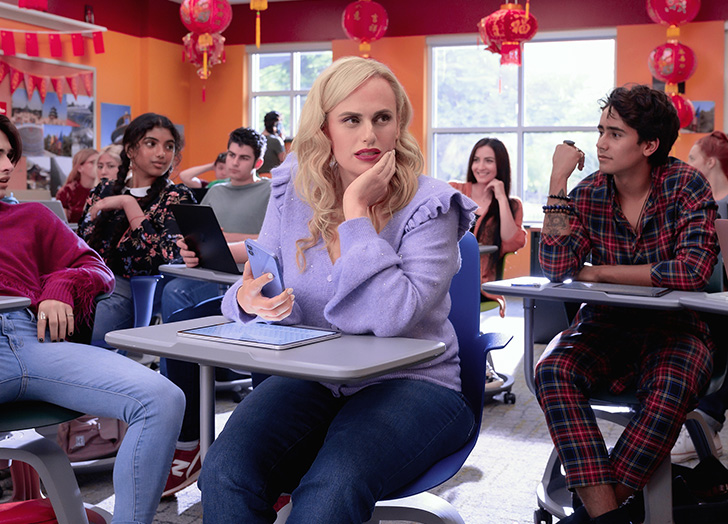 The movie also contains several references that made Mutz nostalgic about his teenage years. “As an older millennial, she’s basically stuck in my high school years because we’re basically the same age,” he says. “All of the things that she thinks are cool—because she’s still in a, you know, brain from 20 years ago—were the things that I thought were cool in high school. So, I thought it was very fun. I laughed a lot. I enjoyed it.”

Don’t forget to subscribe, rate and review the podcast. And as always, keep calm and Stream On.