You probably recognize Kai Bradbury from Virgin River, where he plays the show’s newest character, Denny (Doc’s grandson). But you might be surprised to learn that he almost played a different role on the popular Netflix series.

The 28-year-old actor recently sat down for an exclusive interview with PureWow to discuss Virgin River season 4. When asked about the casting process, Bradbury revealed that he originally auditioned for the role of Parker (Lizzie’s ex-boyfriend).

“I auditioned for Markian Tarasiuk’s role as Lizzie’s L.A. boyfriend that we meet in season three,” Bradbury told PureWow. “Shortly after that, I got my audition for Denny.” 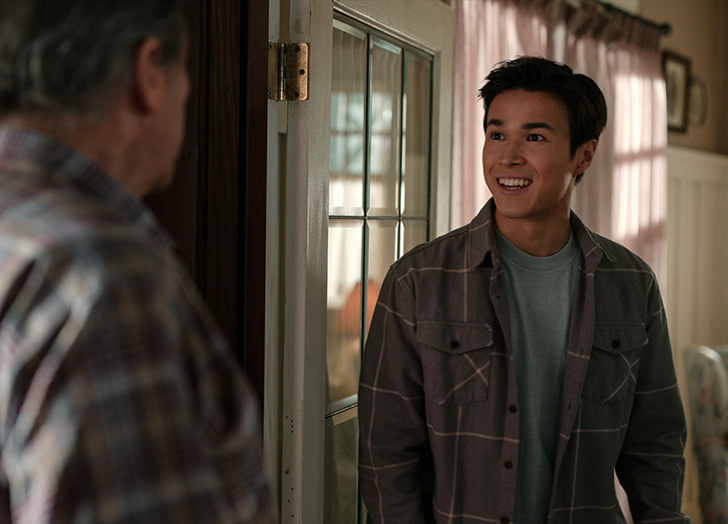 If you recall, Denny was introduced in the season 3 finale when he arrived in Virgin River claiming to be Doc’s long-lost grandson. Bradbury explained that Denny was supposed to return as a guest star in season 4, but before filming began, he was upgraded to series regular.

“At the time, it was set to be a recurring character to come into the new season,” Bradbury explained. “When season four came around, they approached us with the option to be a series regular. I was very grateful for that opportunity.”

Virgin River tells the story of a nurse practitioner named Melinda “Mel” Monroe (Alexandra Breckenridge), who moves to the small town for a fresh start. The new season picks up right where the previous installment ends, with Mel’s pregnancy announcement.

As for what’s next, be sure to watch Virgin River season 4 on Netflix starting July 20.