Are You Guilty of Hesidating? Here’s How You Can Get Out of That Rut and Kickstart Your Love Life 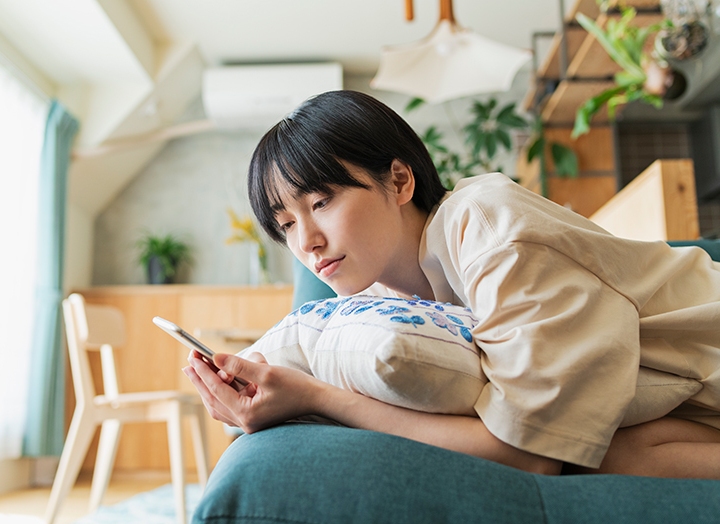 Think back to the height of the pandemic—pre-vaccines and peak Zoom happy hours (*shudder*). We can all agree that that time of our lives was overwhelmingly negative, but there were tiny silver linings. Take the inability to meet new people and go on—cue the groan—first dates. For single folks who abhor the idea of asking about whether or not someone has siblings while sipping an overpriced cocktail in a packed bar, being forced to put a hold on in-person dating (which, for many people, meant dating in general) was a welcome side effect of stay-at-home orders.

Now, though, we’re somewhat out of the woods and in-person activities, including dating, have largely resumed. Why, then, are some of us still so timid when it comes to putting ourselves back out there? We could be guilty of hesidating, a trend first coined by the dating app Plenty of Fish in its fifth annual list of Dating Trends.

Hesidating, the good folks at POF explain, means, “Feeling indifferent about dating, unsure if you want to date seriously or casually because life in general is so uncertain right now. While some celebrity couples (hello, Bennifer) have recently hopped into new relationships quickly and with certainty, 70 percent of singles say hesidating is a very real thing.”

Basically, single people are mirroring the uncertainty of the world in general in their dating lives, leading to a reluctance to put themselves out there. It’s the polar opposite of so-called revenge dating or saying yes to every Tinder match that comes your way, and honestly, it makes sense: After nearly two years of almost indescribable chaos, many of us are clinging to the things that are most secure and safe in our lives. Wading back into the dating pool would introduce a level of disquiet that’s kind of scary, frankly.

But here’s the thing: Opening yourself up to dating again doesn’t have to be scary. There are actually some steps you can take to ensure your reentry into the dating world is as comfortable as possible. (And yes, dating is inherently uncomfortable for many people, but these tips will make it a little more bearable.)

Hinge Labs, dating app Hinge’s research team dedicated to helping people delete the app, found that “singles took time during the pandemic to reflect on their dating lives, leading them to slow down, really think about who they are looking for, put a stop to bad dating habits and become more intentional about dating.” Basically, people are less and less interested in swiping on everyone who doesn't have a major red flag and are becoming more mindful about their approach to dating. Think: Instead of swiping on a bunch of people and setting up three dates in a week with people you may or may not like, intentional dating is about taking a little more time to screen potential partners before meeting in person.

Maybe you’re anxious about putting yourself out there—how do you move past that? Baby steps, says Emily Morse, sex podcaster and “the Dr. Ruth of a new generation,” according to the New York Times. After almost two years of pandemic life, “many of us have forgotten how to flirt and date IRL,” she says. “The good news is that with practice you’ll be stronger and sexier than ever before.” On a recent episode of her podcast Sex with Emily, she reminds listeners to meet the gaze of someone they are interested in, approach them from the front so as not to startle them and to brush against them (but not in a creepy Hollywood producer way) while talking to let them know you’re interested.

3. Be Clear About Your Boundaries

Despite the proliferation of vaccines, COVID is still very much a threat. Even though you’re comfortable considering a return to in-person doesn’t mean you have to let all your guards down, health- and safety-wise. NYC-based marriage and family therapist  Vienna Pharaon says that whether you’re looking for something serious or just a casual hookup, it’s really important to get clear on what you need in order to feel comfortable and safe. “Take some time to consider what matters to you: Do you care if someone is vaccinated? Are you only interested in people who are dating one person at a time? Do you want to know more about their lifestyle so you can determine whether it feels comfortable for you?” If the person you’re interested rolls their eyes at your abundance of caution, they’re not right for you anyway.