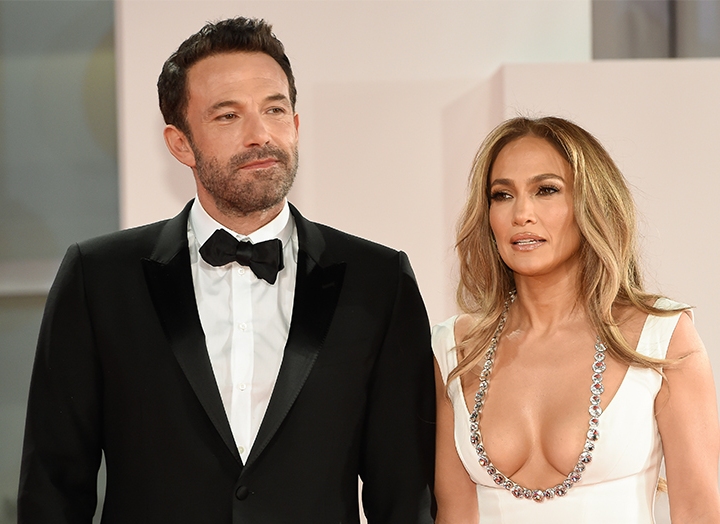 Ben Affleck is gushing (publicly) about his girlfriend, Jennifer Lopez, for the first time since news of their reconciliation broke.

Affleck recently sat down for an interview with Adweek to open up about the 52-year-old actress’s recent title as Adweek's 2021 Brand Visionary. During the conversation, the Argo actor spoke candidly about Lopez’s influence and “effect on the world.”

“All I can tell you is that I have seen firsthand the difference representation makes because I have seen, over and over and over and over, women of color approach Jennifer and tell her what her example as a strong woman and a woman succeeding and demanding her fair share in the business world means to them," the 49-year-old told the outlet.

Affleck continued, “I am in awe of what Jennifer's effect on the world is. At most, as an artist, I can make movies that move people. Jennifer has inspired a massive group of people to feel they have a seat at the table in this country. That is an effect few people throughout history have had, one I will never know and one I can only stand by and admire with respect."

After months of rumors about a Bennifer reunion, the ﻿Hustlers ﻿actress finally made her relationship with Affleck Instagram official in July, with a super-steamy shot of the two kissing. Lopez captioned her post: “5 2 … what it do …”

Since then, the duo has remained mostly tight-lipped about their relationship. But hey, we’ll take sweet statements like these wherever we can get them.

Get every breaking J.Lo news story sent straight to your inbox by subscribing here.