The 14 Best Period Underwear (So No Liners, Pads or Tampons Necessary)

We’re pretty tired of shelling out hundreds of dollars a year on tampons and pads—not to mention their negative environmental impact. So when we learned that special underwear for periods works just as well as its disposable counterparts, we were kinda excited (yes, even about that time of the month).

Just like tampons and pads, period underwear works by absorbing menstrual blood. And no, they aren’t bulky or diaper-like at all (we promise). They look just like your fave thong or boy briefs, but they’re made from super-absorbent fabric to keep you feeling dry and leak-free. Most pairs can hold as much as two to three tampons, which means they’ll last the whole day. And if your flow is super heavy, they work as an alternative additional absorption option to whatever you might've been doing before (cough cough: wrapping your sweater around your waist).

But not all period underwear is created equal. And the last thing we want is a pair that underperforms. So we did our research, scoured reviews and found the best of the best. Here are the ﻿﻿14 best period underwear for every need—heavy, light and all the days in between.

The 13 Best Affordable Lingerie Brands on the Internet 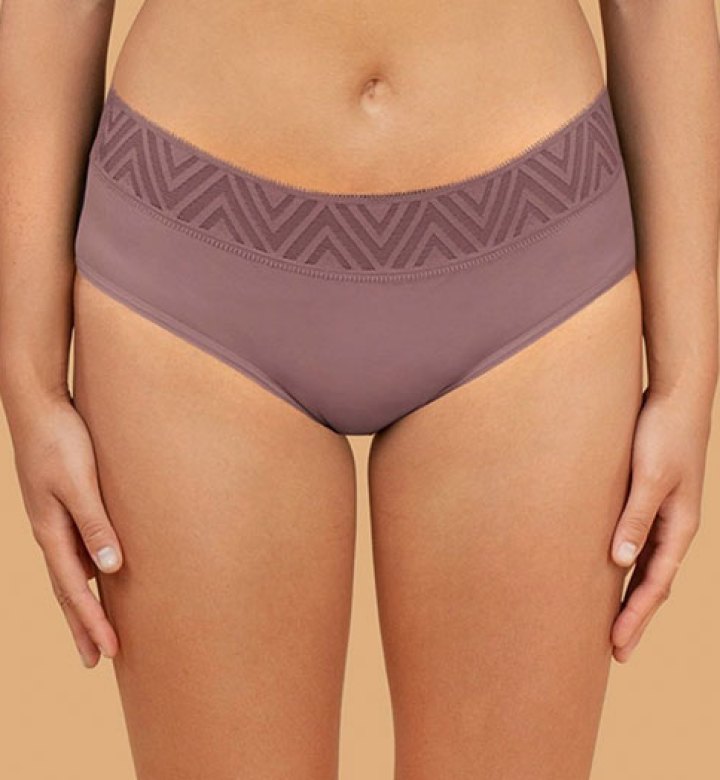 This full-coverage pair was Thinx’s OG iteration back in 2015, and it’s still a best seller—which says a lot. They’re made from an ultra-soft nylon-elastane blend that holds up to two regular tampons’ worth of blood. And the comfy lace waistband is most welcomed…especially when you’re feeling uncomfortable and bloated. Wear these on lighter days or as a backup for your tampon or menstrual cup if you’re nervous about leaks. 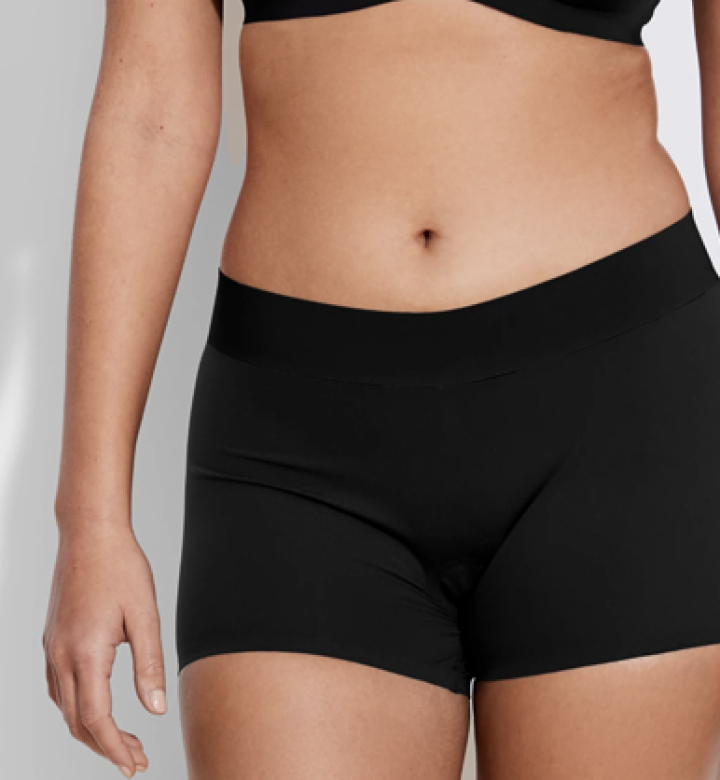 Best for Overnight Use

There’s nothing worse than waking up on your period and realizing that you’ve stained your favorite sheets. But thanks to these babies, you no longer have to worry about that. They can absorb three tampons’ worth of blood and are made with patented leakproof technology so you’ll stay fresh and dry all night. Sweet dreams. 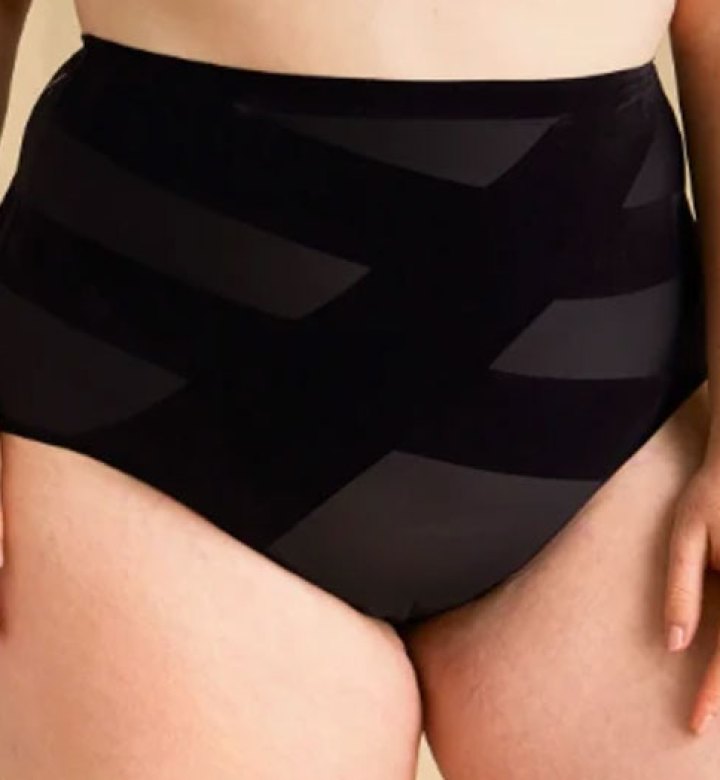 Ditch the ugly hospital underwear stat, because Knix has you covered. This high-rise pair is made with velvet compression bands that will give your core some extra support and stability. Psst, it features an extra-long gusset that’ll catch postpartum leaks. 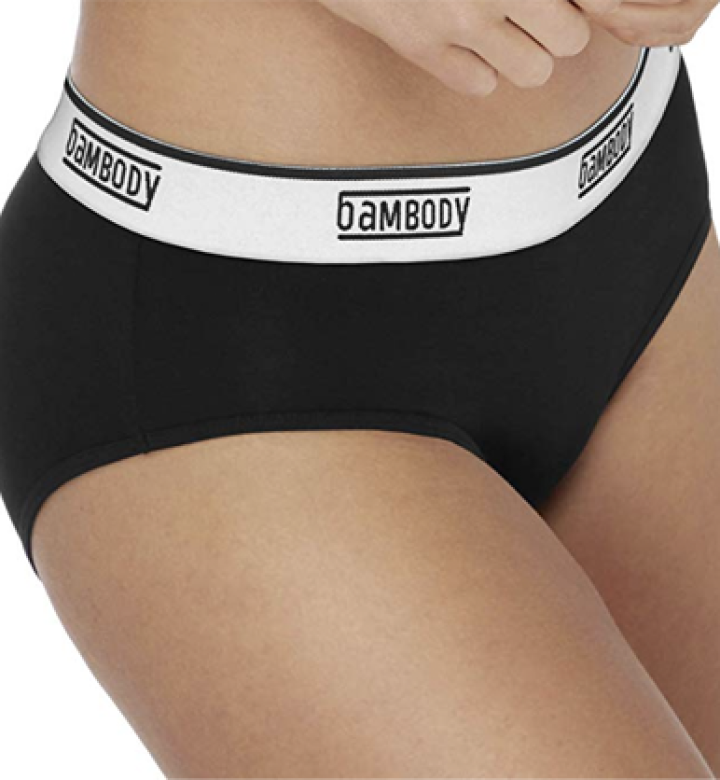 Best for Working Out

That time of the month shouldn’t keep you from being active, and these undies make sure that it won’t. Silky-smooth bamboo fabric and a front-to-rear leakproof layer ensure that you’ll be comfy and period protected while you sweat it out. Best of all? They’re cheaper than most period underwear, so you can invest in a few pairs without breaking the bank. 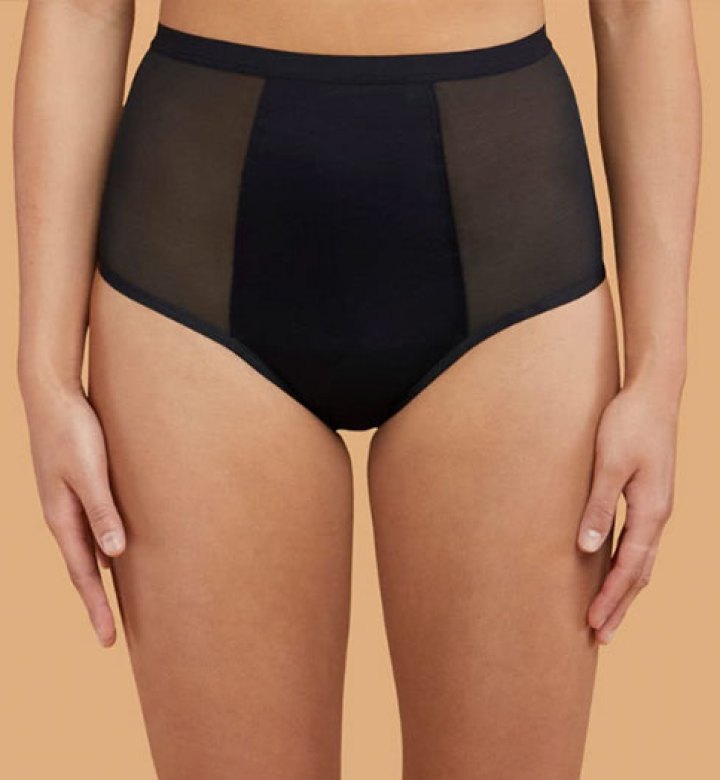 Contrary to popular belief, period underwear isn’t just for your light days. According to Thinx’s site, these are your best bet for heavier days. Plus, the high-waist mesh design will help you feel less bloated. They’re pretty sexy too. “They make me feel confident and sexy even when I’m bleeding,” one reviewer writes. We’re all for it. 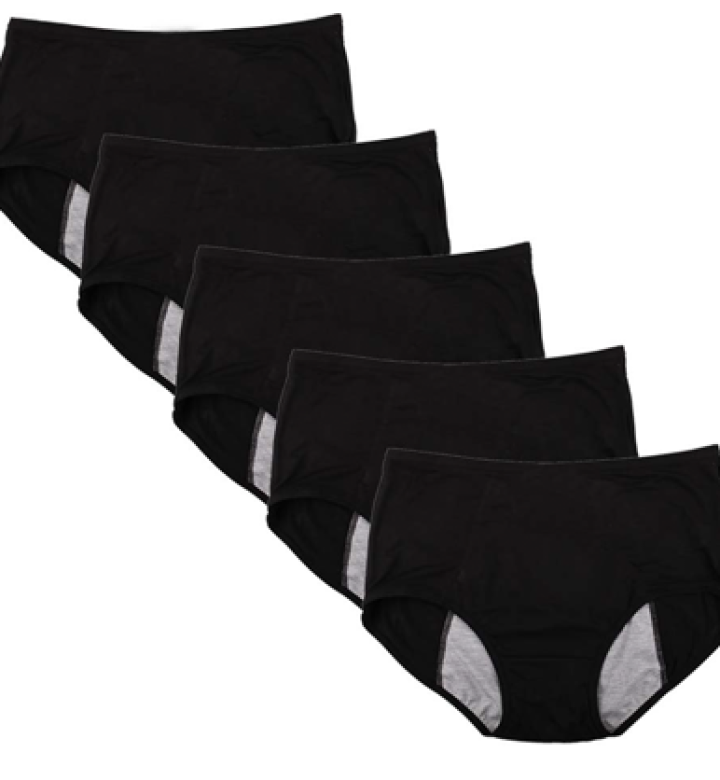 Investing in multiple pairs of period underwear doesn’t have to cost a pretty penny. In fact, this set of five from Amazon costs just $25. Now you can have a pair for every day of your cycle with ease. 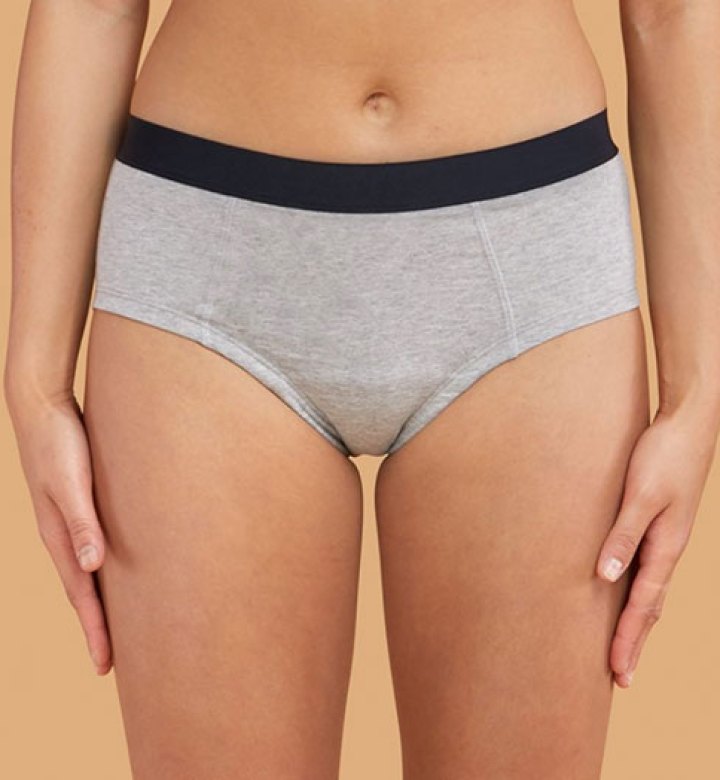 When we’re on our period, we just want to cuddle up with a hot water bottle and relax. So underwear that make us feel restricted and uncomfortable? No thank you. That’s why we love these cotton briefs. Plush organic cotton makes them so soft that we’re tempted to wear them all month long. 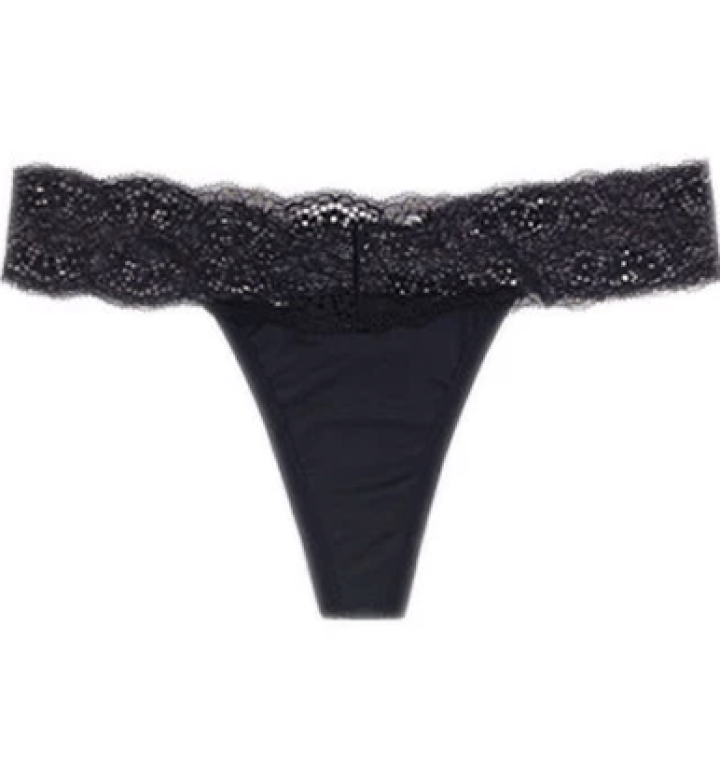 Best to Wear Under Leggings

Yeah, you can wear a thong smack-dab in the middle of your period. And a cute one at that. Say goodbye to your old blood-stained underwear. This thong has three layers of breathable, leak-resistant, stain-releasing fabric to get the job done. Just note that it only absorbs one light tampon’s worth, so plan accordingly. 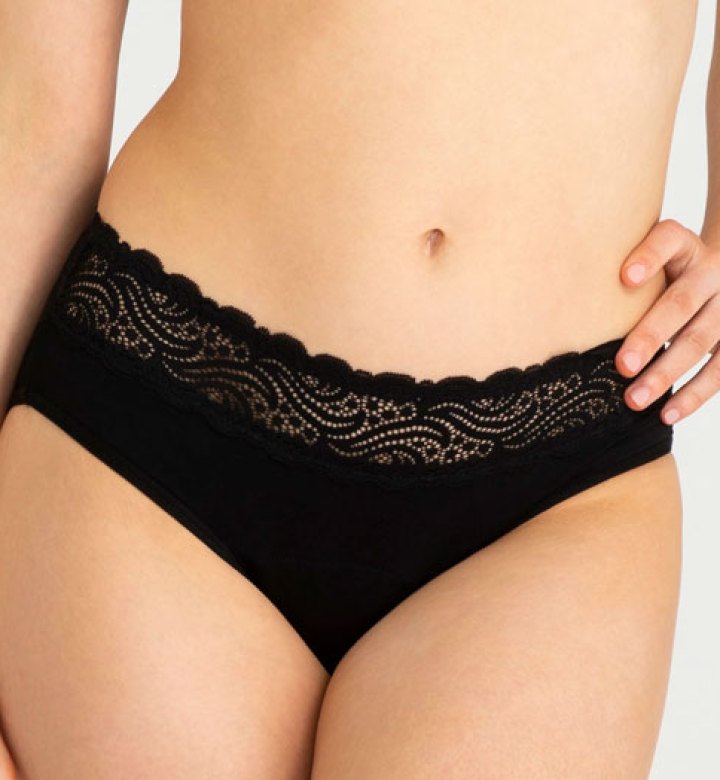 Fun fact: Not all period underwear are basic black briefs. While the selling point is obviously how well it absorbs heavy period days (like up to four tampons), we can't help but admire a pair just as cute as they are functional. 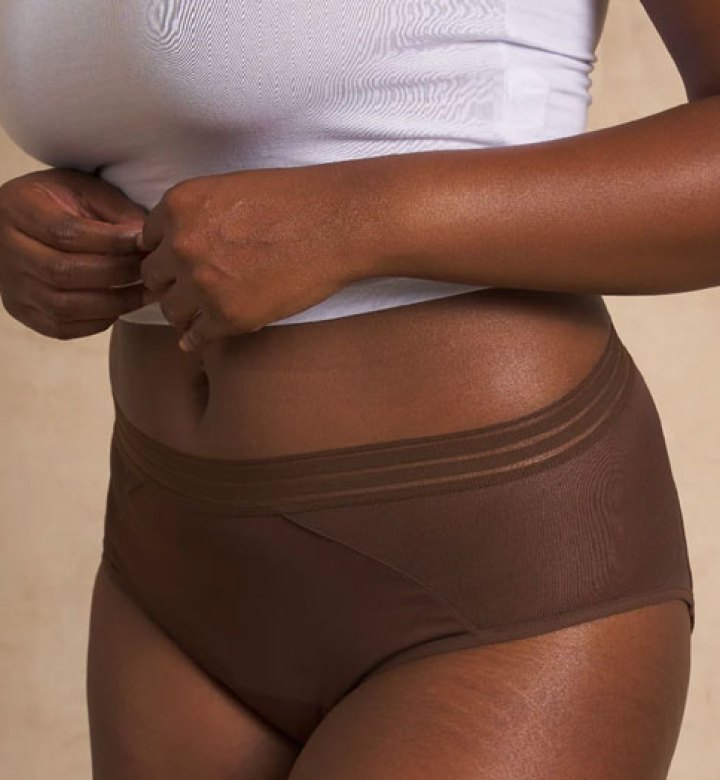 Saalt's thoughtful neutral palette is ideal for finding whatever "nude" means for your skin tone. They're also just great everyday hipsters. What else would we expect from the brand behind the popular menstrual cup? 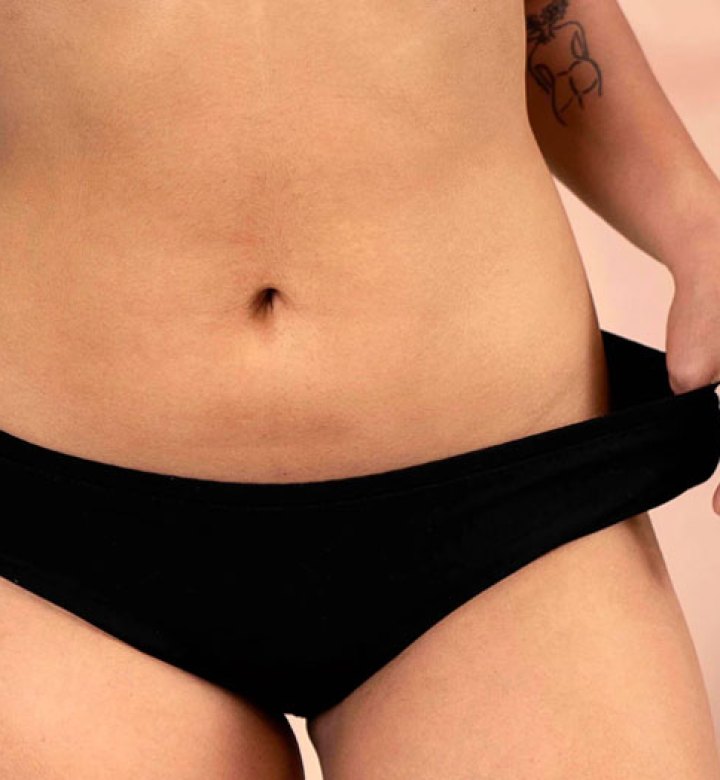 This skincare brand released their very own reusable period underwear. The cotton fabric makes it a stretchy and breathable pair that will put any bulky pads to shame.he full coverage is so soft and comfy you might forget you’re wearing any at all. 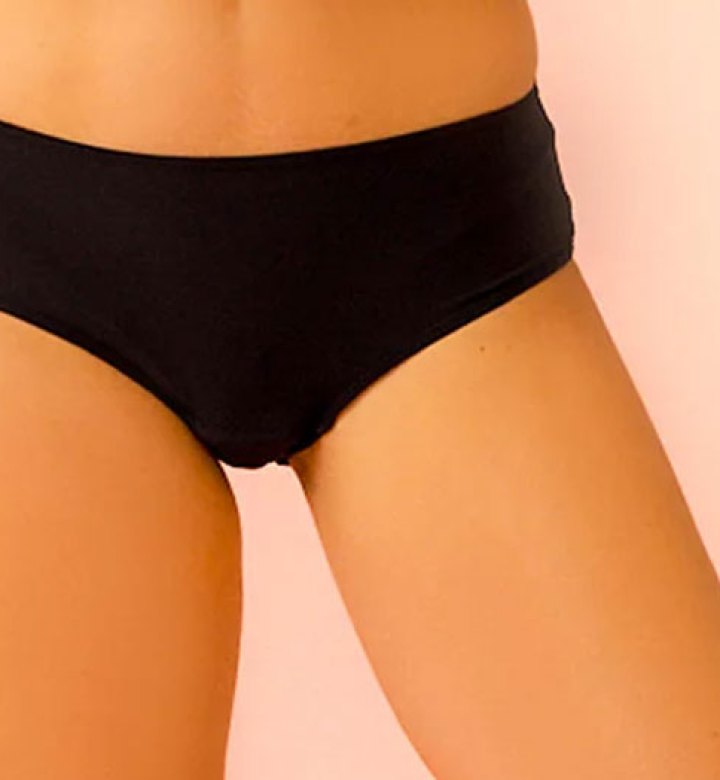 Now, you don’t have to cancel your pool plans. These swim bottoms are just the thing you need to enjoy the water with no leaks in sight. And did we mention it has a double-sided pad (meaning it can hold up to six tampons-worth of absorption), so you wear it all day long. 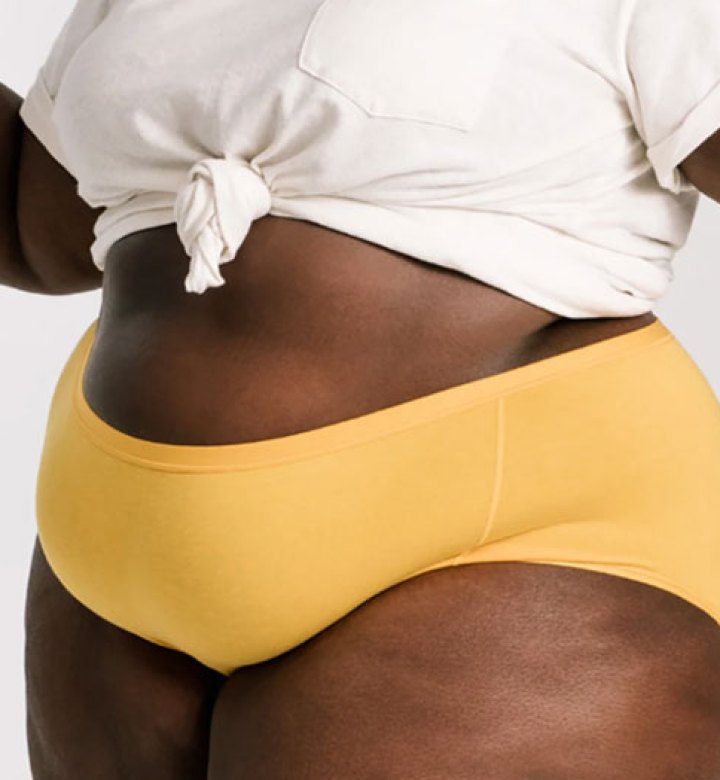 ﻿This cotton period underwear not only comes in a wide selection of colors (with bold blues, yellows and red options), but the brand also offers an inclusive size range for all types of bodies. While the underwear alone can absorb about two tampons worth, their booster can provide added protection. 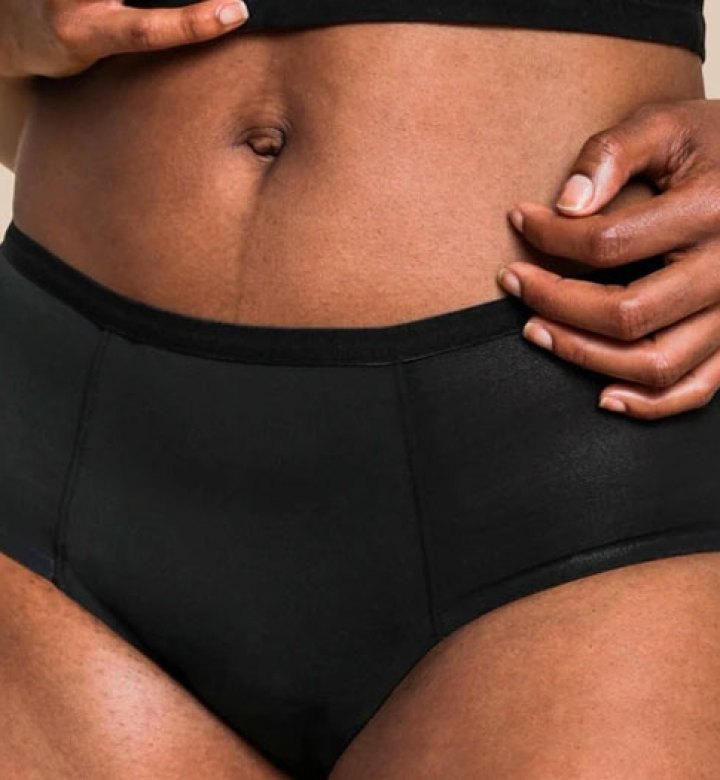 We all have those heavy days and luckily, these lightweight hipsters can hold up to the equivalent of five tampons (!). No accidents are in your future when it comes Proof’s multi-layer tech that absorbs all leaks, odor and sweat. Whether you’re looking to wear them overnight or all day, reach for this cotton pick for maximum coverage.

Want the best deals and steals sent right to your inbox? Click here.