How to Use Menstrual Cups: My Journey Into the Great Unknown 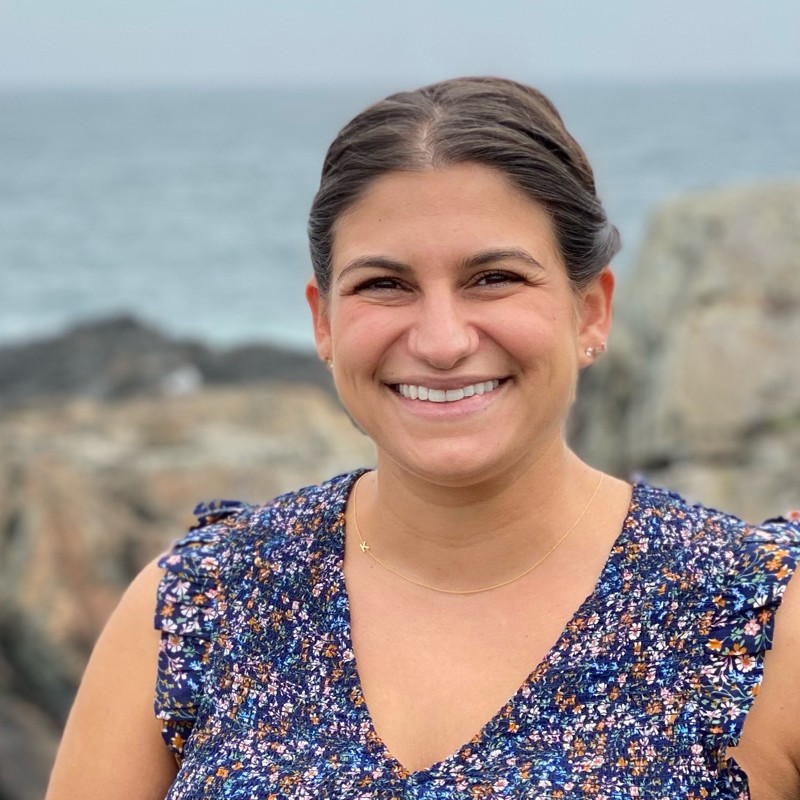 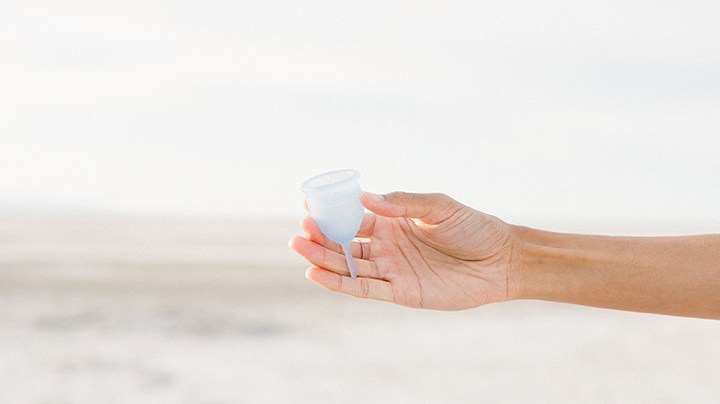 A couple of summers ago while on a beach vacation, my best friend and I both got our periods. Synced cycles, amirite? While we both experienced the usual annoyances like cramps and bloating in a bikini (how fun!), I was the only one who felt the hide-under-a-rock embarrassment when I was told that my tampon string was showing.

My BBF’s secret? She was wearing a menstrual cup. Um…gross, I thought. Isn’t that some hippie crap from the 70s? Welp, ladies, boy was I wrong. After taking the plunge (Sorry! There is no way to write about these things that doesn’t sound a little vulgar!) I can tell you that these cups truly are life-changing. Here’s everything you need to know.

But first, what exactly is a menstrual cup?

They’re bell-shaped cups typically made of medical-grade silicone that work similarly to a tampon, except rather than absorbing your flow, it simply collects. Yes, that means you’ll have to empty the contents. But don’t worry, I promise it isn’t as icky as it seems. In fact, disposing of used tampons and pads are far worse in that department. Amazingly, cups can hold 3 to 4 times the capacity of a regular tampon and can be worn for up to 12 hours before emptying.

Just like a tampon, a menstrual cup is inserted into your vaginal canal and stays in place thanks to a suction seal that forms around the walls of the canal when the cup opens inside your body (more on that later). Because of the seal that’s created, the contents collect directly into the cup, which means there’s a very small chance you’ll experience leaks. And thanks to the 360° seal and snug fit, you can do inverted yoga poses, swim, sleep or whatever else it is you enjoy without having to worry about pesky leaks.

I’m intrigued. How do I actually use it?

Let me start by saying you need to be patient with yourself the first time you attempt to use a cup. It requires a little bit of practice and may even take you a few cycles to figure out how it works best with your body. For your first cycle, I recommend trying it when you’re at home just in case you experience leaking due to improper insertion, which is common for first-timers. Also, if you start to feel frustrated that you’re having difficulty getting it up there, take a short break, let your body relax and try again.

OK, ready? First, you’re going to want to sanitize it by boiling it in water for 4-5 minutes. After washing your hands, you’ll need to fold the rim of the cup so it’s smaller and can easily be inserted. The two most common folds are the C-fold where you flatten and bend the cup in the middle bringing the ends together to create a C and the punch down that collapses the rim into itself. I personally use the less common 7-fold (flatten and fold the right corner down to create the number 7) because I find it opens much easier once inside my body.

Once you’ve chosen your fold method, get into a comfortable position (sitting, squatting, standing with one leg raised) and gently separate your labia with one hand and insert the menstrual cup with the other. Instead of aiming upward, slide it in towards your tailbone until the entire cup is completely inside. Heads up, you might actually feel it pop open. To make sure it’s fully open and the seal has been created, rotate the cup by lightly pinching the base and turning it 360°. To double-check the seal, run your finger around the outside of the cup and feel for folds. No folds mean you’re good to go for up to 12 hours of leak-free protection.

…And what about removing?

After washing your hands, break the suction of the seal by pinching the base of the cup with your thumb and index finger. FYI: If you simply pull at the stem without pinching, it won’t budge because of the tight seal. Then gently remove the cup keeping it upright to avoid spilling. Once it’s completely out, simply tilt it into the toilet, sink or shower (yes, a lot of women remove their cups in the shower) to empty the contents. Before reinserting, wash your cup with warm water and a mild, scent-free soap or you can buy a wash that’s specifically designed for menstrual cups.

Are there different types of menstrual cups to choose from?

Of course! There are a bunch of popular brands out there so it can feel intimidating to know which one right for you and your body. I started out with the DivaCup because that’s the one brand I heard most about. I didn’t dislike it, but sometimes I could feel the stem of the cup because it’s made of a harder silicone. I recently had the opportunity to try a newer brand called Saalt and I love it so much more because the shape works a lot better with my body. Plus, I find it easier to insert than the DivaCup and it’s really comfortable to the point I forget I’m even wearing it. Bottom line: Do some online research and pick the one you think is best for you. All I can say is that you will not be disappointed no matter which menstrual cup you end up using.

Phew, this sounds like a lot of work. Is it really worth the hype?

After having used a menstrual cup for just under a year, I can honestly say it’s made my life so much easier and carefree when it comes to my period. I used to loathe that time of the month because I find tampons utterly uncomfortable (and not leak-proof) and pads just aren’t for me. Now, I don’t even give my period a second-thought. It’s also helped me get more comfortable with my body and being more open about periods in general with friends and even co-workers.

In addition to all that, you’re going to save a ton of money. A menstrual cup can last up to 10 years with proper care, which means the cost of a single cup (the average global price is $23 per a recent study by The Lancet Public Health) represents “only 5 percent of the cost of a 10-year supply of pads or tampons,” as reported by NPR. Not to mention, they’re completely environmentally friendly because you don’t toss them out. It’s a win-win.

Here's What You Should Eat to Ease Period Cramps, According to a Nutritionist