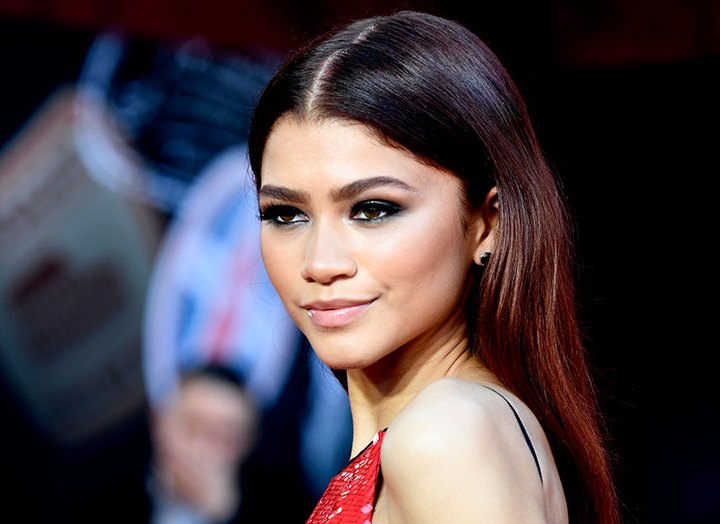 Once again, Zendaya is serving up looks on a silver platter. Whether she’s rocking a fabulous outfit on the red carpet or radiating in a full beat (or natural beat), the Spider-Man: No Way Home star always brings her A-game. This latest Instagram post is no different.

Yesterday, the 25-year-old Hollywood starlet rocked a silky, white sweater with a peek-a-boo moment happening in the front. The off-the-shoulder, long-sleeve top was connected by a gold chain that draped over her collarbone. Along with her outfit, Zendaya sported dark brown curls with a touch of lighter brown highlights. The caption read, “New campaign for @lancomeofficial Teint Idol Ultra Wear [white heart emoji].”

For the glam look, she rocked a smokey eye and a nude lip with gloss on top.

Her followers simply couldn’t get enough of her in the photo. “So gorgeous [sparkles emoji],” one fan commented. Another one chimed in and said, “STUNNING! [heart eye emoji].” Even her Euphoria co-star, Storm Reid (who plays her younger sister in the series), had some things to say about the snapshot. “Whew [heart emoji],” the young actress commented.

Zendaya currently stars in the HBO hit drama series, Euphoria. The series follows a group of teenagers trying to navigate relationships, love, sex and drugs. After two years, the highly anticipated second season has finally returned to the network.

Following the season premiere, Zendaya and her co-stars sat down with NBC’s Today Show and teased what fans should expect from the series. While she reassured fans that a lot more drama is ahead, Zendaya did warn viewers that the new season will be “far more emotional” than the previous.

“It’s a very different season, to be honest,” she explained. “I mean, totally, it’s different. I think it’s far more emotional than the first season. Much like the film stock that we use this season, which is also different, it’s high contrast, meaning the highs are high, the lows are low. And when it’s funny, it’s really funny. And when it’s painful, it’s really painful.”

Time to get the tissues ready.