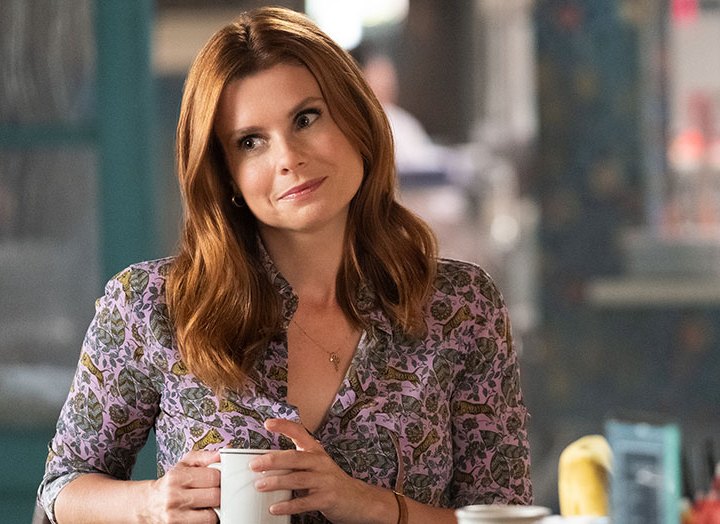 Ever since Netflix confirmed a second season of Sweet Magnolias, fans have been conjuring up plenty of fascinating new theories, from who Maddie will choose to the mystery person in that passenger seat. But according to JoAnna García Swisher, who plays Maddie, fans have yet to correctly predict one of the biggest storylines in season two.

PureWow recently caught up with the actress, who's currently teaming up with Hill’s Pet Nutrition to support NBC's Clear the Shelters pet adoption campaign. And while discussing the upcoming season of the Netflix series, Swisher hinted that fans are in for a big surprise.

She told us, "Fans are amazing and the way they pay attention to everything is so fun. But there's a huge, huge story point in season two that I've not heard one single fan theory that comes even close. That's all I'll say!"

While Swisher didn't specify a particular character or story arc, something tells us that it might be connected to the major cliffhanger at the end of season one. If you recall, the finale takes a dark turn when Kyle (Logan Allen) crashes his brother's car on prom night and is found unconscious. Worse yet, it's also revealed that an unidentified passenger was with him in the vehicle.

Swisher said that she preferred to stay in the dark about the big reveal until she started working on season two. "I didn't want to know who was in the car until the last possible minute, because I just hate to hold things over people's heads," she said. "But obviously I know who's in the car. Even though my husband doesn't."

So far, fans have made some interesting guesses about the passenger's identity. For instance, one person commented on Reddit, "I reckon it's Annie. Theres no way she wouldn't have run back into that house and called the police the second he drove off unless she was also in the car."

Another fan said, "I think the only reasonable choice would be Tyler ... If it’s him in the car with Kyle, he could hurt his arm which prevents him from playing baseball properly again, and that would perhaps shape Tyler’s character a bit more, and maybe cause a rift between the two brothers." Fair point.

But regardless of who was in the car, it sounds like this incident will launch even bigger storylines that we never could've predicted...