6 Shocking Takeaways from the Queen’s Jubilee, from Andrew’s ‘Illness’ to Eugenie’s Tattoo﻿

For the past few days, the royal family has been celebrating Queen Elizabeth’s Platinum Jubilee, which marked the 70th anniversary of her accession to the British throne. Now that the festivities have concluded, it’s time to look back at the most impactful moments and revelations.

From the monarch’s farewell to Prince Andrew’s “illness,” keep reading for six surprising—and in some cases shocking—takeaways from the queen’s Platinum Jubilee. 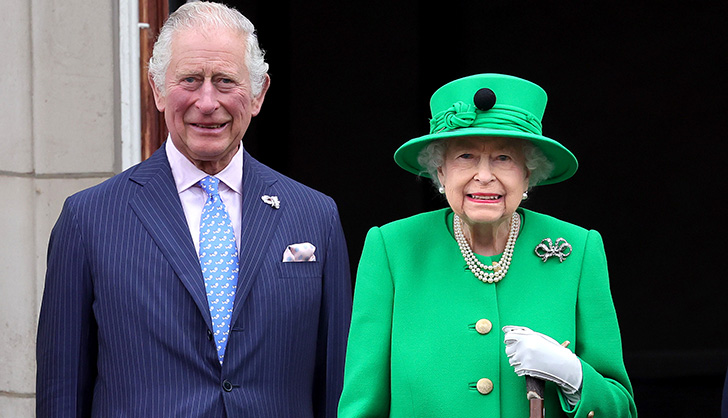 During the queen’s last balcony appearance, she held back tears as she waved to the crowd. The moment likely doubled as an informal goodbye because the monarch is expected to take a step back from public life.

“It was such a delight seeing Her Majesty appear not once, but *twice* on the balcony this past weekend,” Roberta Fiorito (co-host of Royally Obsessed podcast) told PureWow. “But her absence at the other major events—the concert, the pageant and the Service of Thanksgiving—served as yet another poignant reminder that we are in the twilight of her long life of service, and what the monarchy may look like when she’s no longer with us. The black pom-pom on her green hat during her final balcony appearance on Sunday was said to be a symbol of mourning for Prince Philip, but also a stark reminder of loss and the fragility of life. Also, that last ‘thank you’ from Paddington Bear in the pre-concert skit felt so emotional, and had a ‘farewell’ note to it that made me tear up—yes, even after my millionth rewatch.” 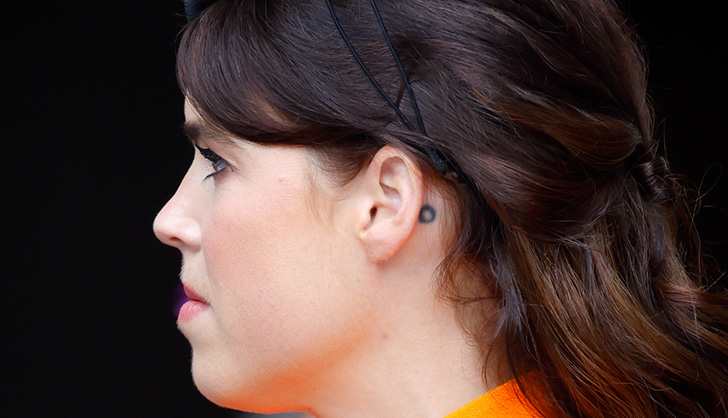 During the National Service of Thanksgiving, Princess Eugenie wore her hair in a half-up, half-down style, which revealed a small tattoo behind her left ear. Who knew?! 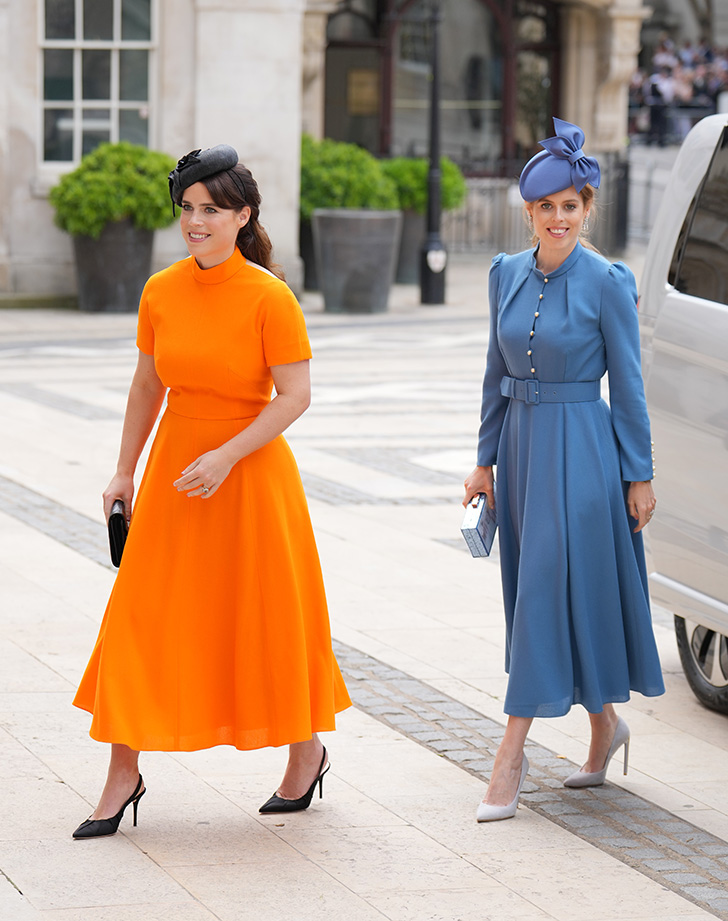 The royal sisters deserve an honorary award for nailing every single outfit. According to Fiorito and her co-host, Rachel Bowie, they’re “two big royal style influencers to keep an eye on.” (#Noted) 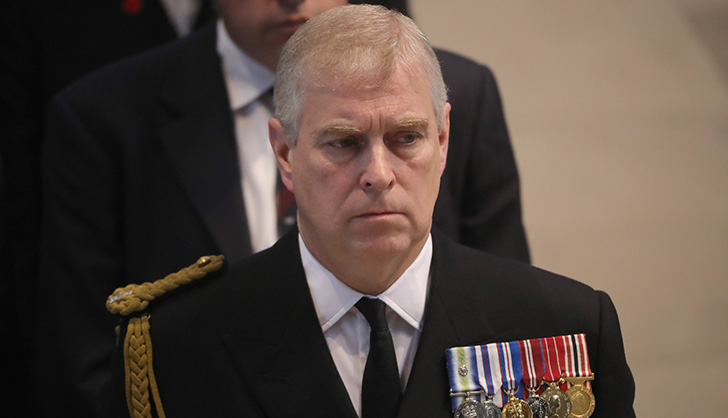 Prince Andrew didn’t attend the queen’s Platinum Jubilee because he reportedly tested positive for COVID-19. The Royally Obsessed co-hosts noted that the “excuse” is awfully convenient. The royal is expecting bad press in the coming months, so perhaps the illness was a cover-up to avoid any drama that might take away from the queen. 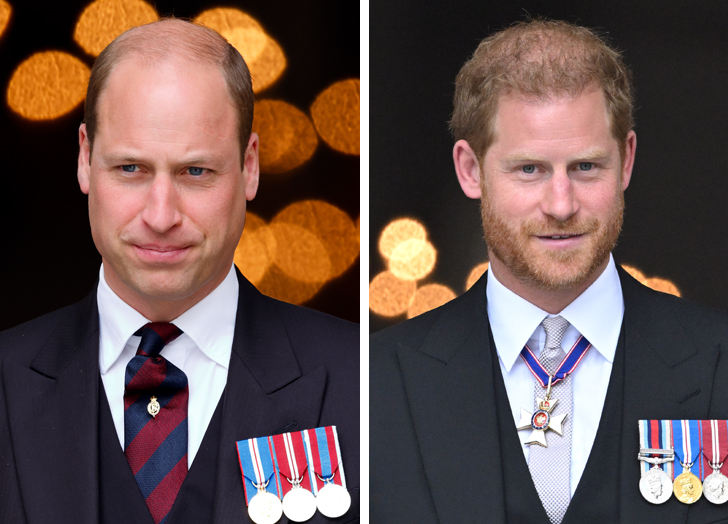 At the National Service of Thanksgiving, Prince William and Prince Harry sat in the same room…but they weren’t photographed with one another. This seemed intentional as any brother photo op would have likely taken away from the queen’s Jubilee coverage. Or maybe the tension really was too much and they chose to keep their distance. Either way, it seems there’s a hidden meaning behind the lack of a public reunion.

Bowie added, “The press would use a photo of them sitting together in every story speculating about their relationship from then on. So, them not being in the same camera shot at least avoids a repeat of the iciness and blank stares from Commonwealth Day 2020.” 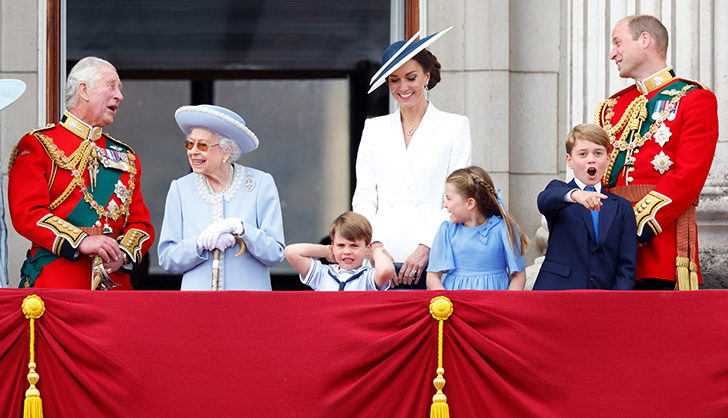 While some members of the family appeared on the Buckingham Palace balcony for photos, the same can’t be said for Prince Harry and Markle. As Bowie and Fiorito point out, perhaps the couple were part of the decision to opt out of the photo op ﻿(despite reports to the contrary). It’s possible they wanted to support the queen, but wanted to limit their public interactions to avoid toxic situations ﻿and limit public appearances to avoid stealing the spotlight.﻿

“In my mind, appearing next to family members who have been accused of intolerance, neglect and racism by Meghan Markle and Prince Harry just doesn’t add up,” Fiorito explained. “The Sussexes don’t want to give their stamp of approval when wounds still fester, and so my guess is that the decision was mutual.”