Queen Letizia’s daughters, Princess Leonor (15) and Infanta Sofia (14), are looking more like their mom (and each other) by the day.

The 48-year-old monarch was recently spotted with the young royals at a restaurant in Santa Catalina, Palma de Mallorca. Although her husband, King Felipe, was also in attendance, we couldn’t get over how much Leonor and Sofia resemble their mom and each other. (No offense to His Majesty.) 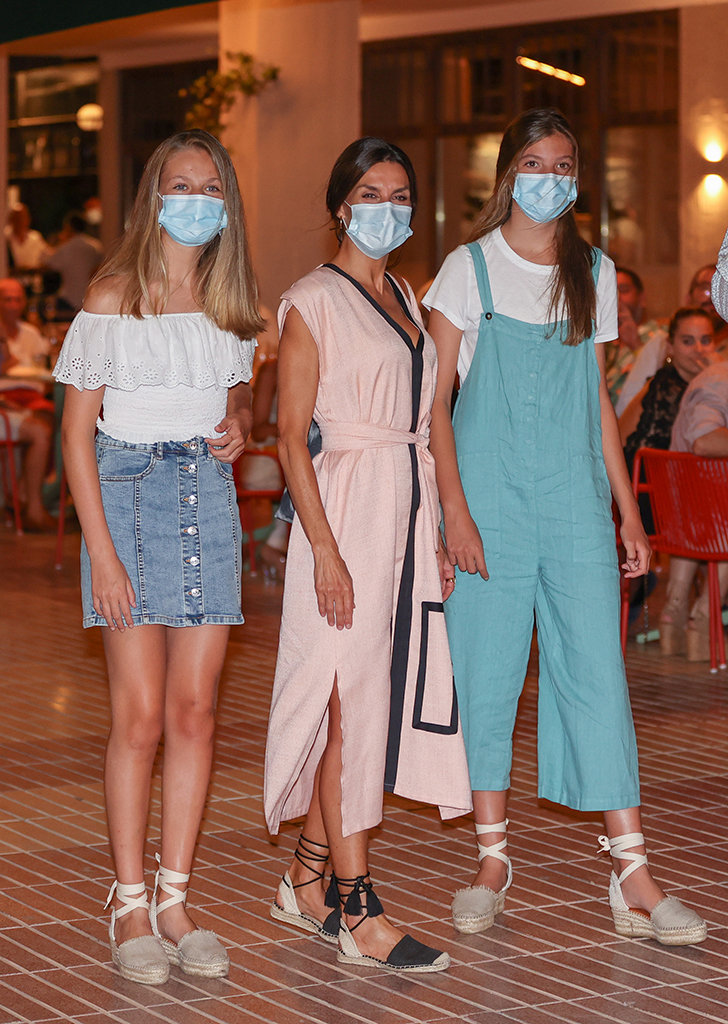 During the outing, Queen Letizia wore an effortless kaftan dress by Dear Prudence that features black details and a tie waist. She completed the look with a pair of espadrille wedges from Oysho.

Leonor and Sofia donned nearly identical sandals, but instead of black, theirs were beige. While Leonor (who’s the heir to the Spanish throne) wore an off-the-shoulder top tucked into a denim skirt, her younger sister opted for blue overalls over a white T-shirt.

Despite their different hair colors, there’s no denying the resemblance between Queen Letizia, Princess Leonor and Infanta Sofia. If you look past their face masks, you’ll notice they all have the same eyes and arched brows. Don’t believe us? Check out this photo from July, where Leonor and Sofia look nearly identical. 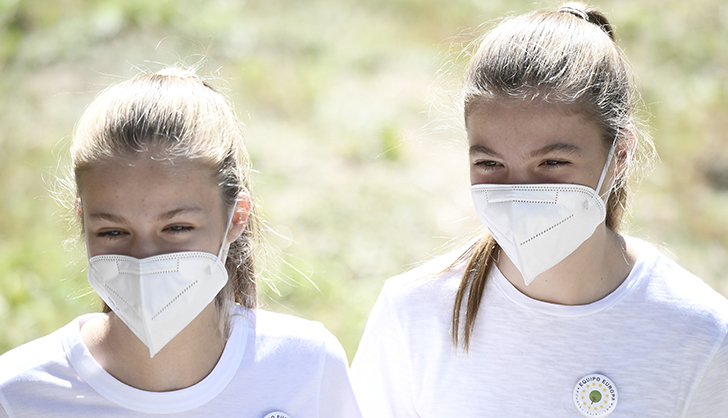 The recent vacation shouldn’t come as a huge surprise, since the Spanish royal family typically spends their summer break on the island of Mallorca. However, this year is slightly different because it’s the last trip before Princess Leonor moves to the U.K. to study at the UWC Atlantic College in Wales. (FYI: She’ll be joined by another famous royal at the prestigious university: Princess Alexia of the Netherlands.)