Queen Consort Camilla Parker Bowles got all dressed up to attend the Booker Prize Awards on Monday, which took place at London’s Round House. Camilla (a fellow book lover) had a chance to meet other admirers of literature, chatted with authors and presented the winner with their award at the end of the night.

However, she didn't show up to the event alone. In fact, the royal was accompanied by her younger sister, Annabel Elliot, and some royal fans simply couldn’t get over the striking resemblance between the two. 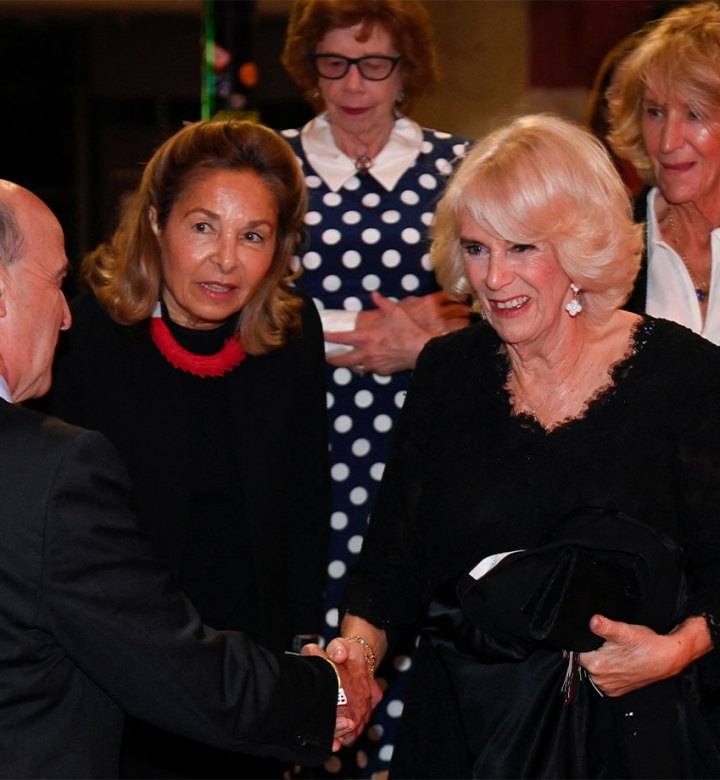 Per Hello magazine!, Camilla showed up to the event wearing a stunning black lace dress designed by Fiona Clare and diamond earrings by Van Cleef & Arpels. Annabel (seen above on the far right) chose to stay on theme and sported an all-black trouser suit with a white shirt. The sisters practically looked like twins, with their similar curly blonde hair and their identical smiles.

During the event, the Queen Consort chatted with pop singer Dua Lipa, who gave a speech and talked about her love for literature. The “Levitating” singer performed the song “Happy Birthday” for book author Alan Garner, as he celebrated his 88th birthday on the day of the awards ceremony. 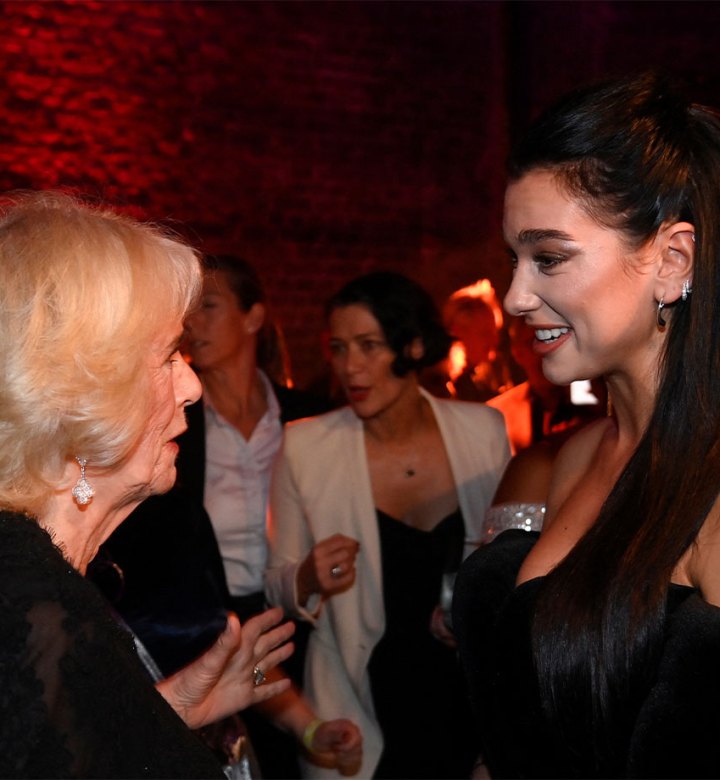 The celebratory moment when Camilla gave the award to novelist Shehan Karunatilaka was photographed and later posted to the royal family’s social media page. The Sri Lankan writer won the prize for his book, The Seven Moons of Maali Almeida.

This is the first time the literary award ceremony has been held in person since 2019, and it has been the seventh time Camilla has presented the prize to the winner. 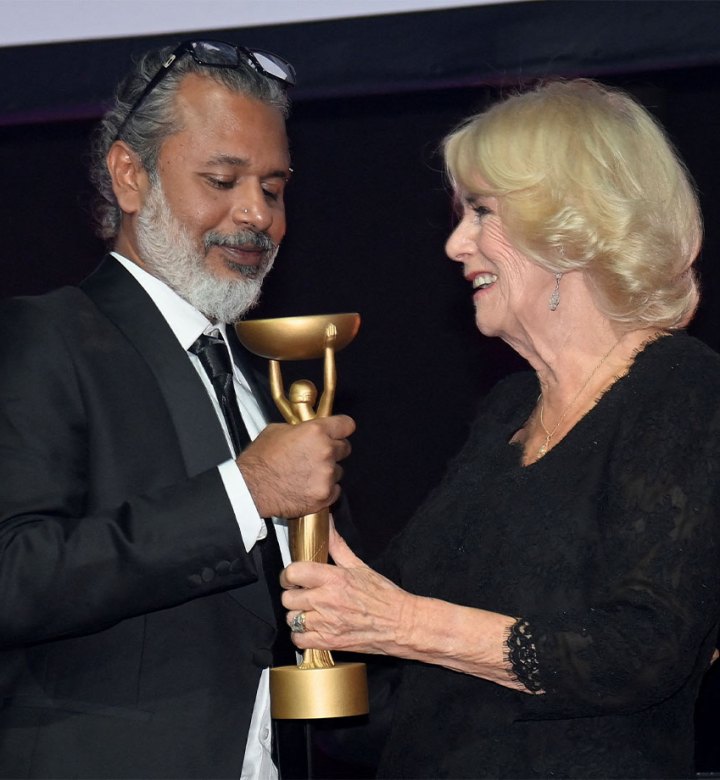 Camilla and Annabel really are each other’s doppelgängers (we can’t be the only ones who think this).