It’s hard to believe that it has already been a couple of months since we saw Princes William and Harry reunite across the pond for the unveiling of the Princess Diana statue on July 1. Back then, speculation over the status of their relationship—especially after Harry and wife Meghan Markle’s bombshell interview with Oprah Winfrey in March—was at an all-time high. Were the brothers on speaking terms? Would they spend much time together during Harry’s U.K. trip? When’s the next time we’d get to see the pair (plus their wives, Kate Middleton and Meghan) together? Info was spotty at best...and that continues to be the case. 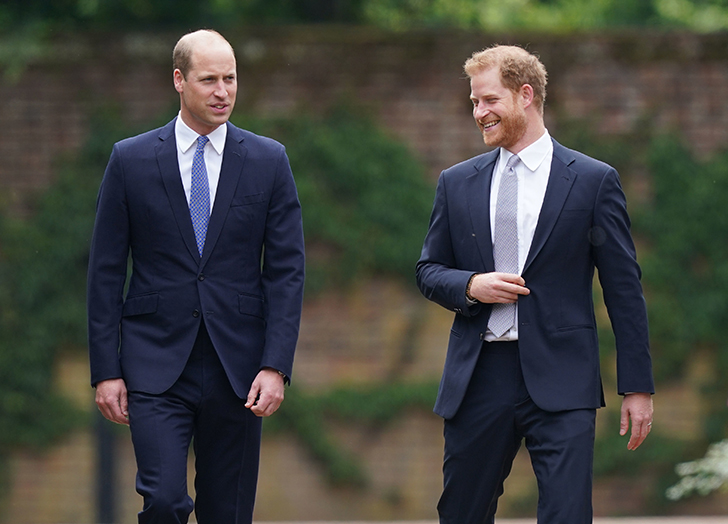 But that’s actually a positive thing, royal expert and co-author of the recently updated Finding Freedom: Harry and Meghan and the Making of a Modern Royal Family Omid Scobie explained on a recent episode of the Royally Obsessed podcast. “One thing that I have really seen change on all sides is a bit of a conscious effort to keep things private,” he said. “In the past, [it was] if we allow this source to speak and this palace courtier talks on our behalf, we can get the truth out there and perhaps people won’t think we’ve done X, Y and Z. I think there’s been less of a focus on that and actually more of a focus on doing things privately—and, as we know, that was one of the things that really broke so much of this down in the first place.”

Does this mean there’s actual progress being made in terms of the relationship between Prince William and Prince Harry? Scobie continued: “While I have spoken to sources about the small—and they really are baby steps—interactions during Harry’s visit to the U.K. for Prince Philip’s funeral and more recently for the Diana statue unveiling, just being in the same room together, just being able to make eye contact, just being able to hear each other’s voices in front of each other rather than through someone else has made a difference that at least sets the stage for future progress.”

Still, Scobie does acknowledge that the brothers have a long way to go. “That’s really where we’re at. There isn’t anyone we’ve spoken to that says, ‘Oh! People are talking like it’s the old days.’”

Fingers crossed we get to see Prince William and Prince Harry spending more time together—and getting the chance to keep talking things out—soon.