From Kate Middleton’s Necklace to the Queen’s Brooch, All the Beautiful Hidden Symbols from Prince Philip’s Funeral

Early this morning, the world watched as the royal family honored Prince Philip, who passed away last Friday at the age of 99.

The ceremony was more understated than is usual for a royal funeral service. The proceedings adhered to the wishes of the late Duke of Edinburgh, who expressed his interest in a small ceremonial funeral instead of a full state affair. Due to COVID-19 restrictions, the guest list was limited to thirty close family members, who watched as Prince Philip was laid to rest at St. George's Chapel at Windsor Castle.

Although the funeral was stripped back, family members still found unique ways to show their love for the Duke of Edinburgh and honor his legacy. These are just a few of the best hidden symbols you might have missed. 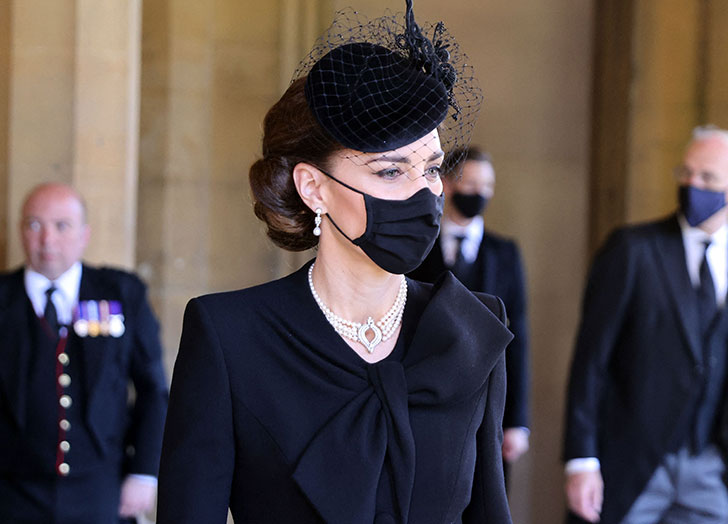 Kate Middleton showed her solidarity with Queen Elizabeth II by wearing a deeply sentimental necklace and pair of earrings borrowed from the Queen herself.

The Duchess of Cambridge donned a Four Row Pearl Choker, a gift from the Japanese government that has been a part of Queen Elizabeth's personal collection. The necklace is notable not only because the Queen has worn it to public events, but also because she once loaned it to Princess Diana for a visit to the Netherlands.

In addition to the necklace, Middleton sported a pair of the Queen's Bahrain Pearl Earrings, made from pearls that were gifted to her Royal Majesty when she married Prince Philip. 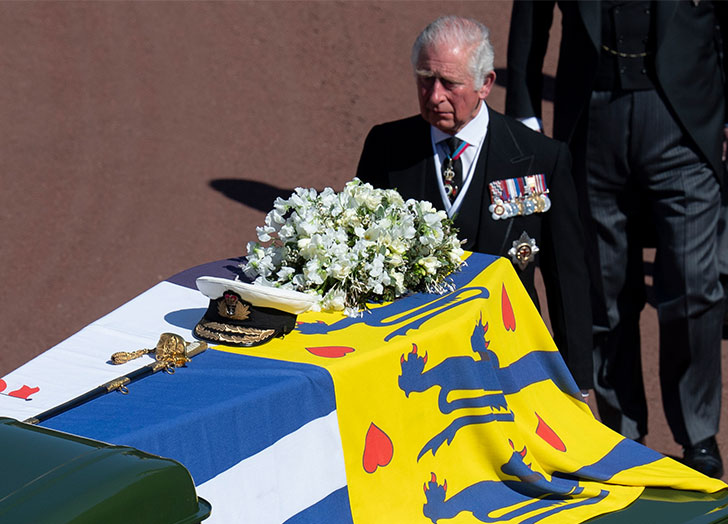 You might have noticed that the Duke of Edinburgh's coffin was adorned with an unusual flag. This was the late Prince's personal royal standard flag, and each quarter represents a different aspect of his life.

The first two sections represent the Duke's roots. The yellow square includes three lions and nine hearts, echoing the Danish coat of arms, while the blue rectangle with a white cross symbolizes the national flag of Greece. Finally, the last two squares depict Edinburgh castle and the Mountbatten family stripes, illustrating his role as the Duke of Edinburgh.

However, Queen Elizabeth added her own touch, by placing a wreath of personally-selected roses and lilies, along with a handwritten note, which according to ﻿Express﻿, is supposedly signed with the Queen's childhood nickname, "Lilibet." 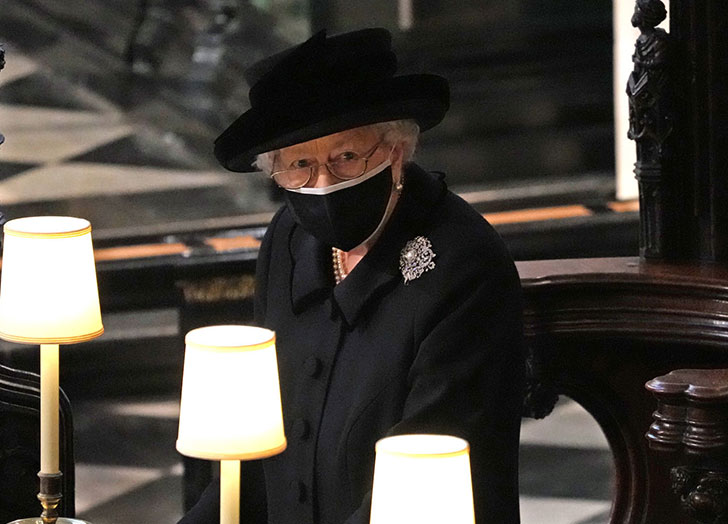 Along with the white wreath of flowers, Queen Elizabeth wore a diamond brooch to the ceremony with a romantic history.

The pearl-drop Richmond Brooch has been worn by the Queen on multiple occasions, and according to Elle, the brooch has special significance because it was given to Queen Elizabeth's grandmother as a wedding present back in 1893. Her grandmother, Mary, even wore the brooch on her honeymoon to the Osborne House on Isle of Wight.

The Queen seems to have been honoring her longstanding romance with Prince Philip. The couple would have celebrated their 74th wedding anniversary this November. 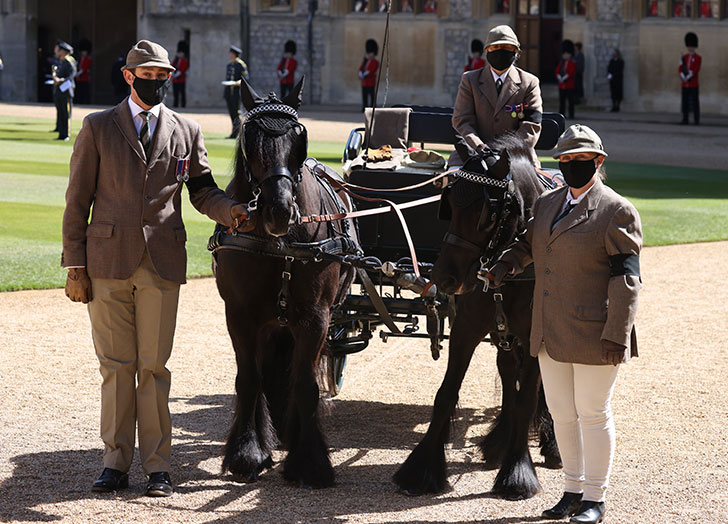 While the green, military-style Land Rover that carried Prince Philip's coffin (and was designed by the Duke himself) got most of the attention, another design from the Duke of Edinburgh made a notable appearance.

A dark green, four-wheel carriage designed by Prince Philip sat at the Quadrangle of Windsor Castle while the procession moved toward St. George's Chapel. The carriage was pulled by the Duke's two Fell Ponies: Balmoral Nevis and Notlaw Storm.

Although Prince Philip started designing carriages in the 1970s, this was the newest design from the royal patriarch, who began using the transport at the age of 91, according to iTV. 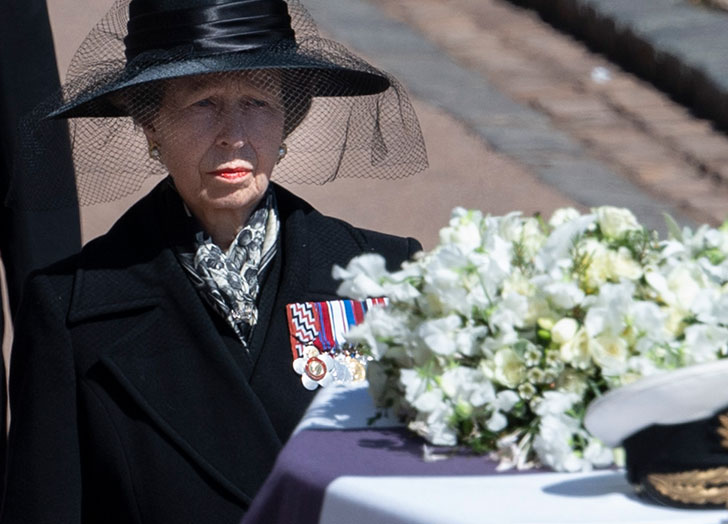 5. Princess Anne's Placement In The Procession

Princess Anne, the only daughter of Queen Elizabeth and Prince Philip, held a special place of honor during the funeral procession.

While it is traditionally only men who take part in royal funeral processions, Princess Anne was at the front of the group, next to her brother, Prince Charles. The second-oldest child, who had a close relationship with her father, followed closely behind the Land Rover hearse.

This is the second time that the Princess has taken part in a royal procession, after she walked during the service for the Queen Mother in 2002.