Ever since we learned that a statue was being erected in Princess Diana's honor, we’ve been trying to find out as many details as we can about the statue itself—and the unveiling event. Lucky for us, the day has finally arrived.

The statue was officially unveiled on Thursday—which also marked what would have been Diana's 60th birthday—in the Sunken Garden at Kensington Palace. Prince William and Prince Harry were both in attendance and looked happy to be back together. 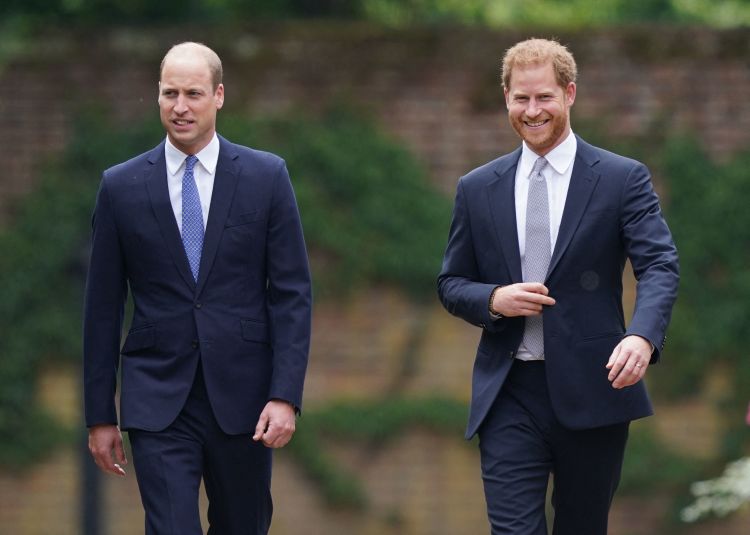 During the special event, the Duke of Cambridge and the Duke of Sussex pulled the covering off to unveil the statue, which featured their mother and three young children, and stood side by side to admire it. William shared a photo of himself and his brother at the monument on Instagram which also featured a statement on behalf of both of them.

He wrote, “Today, on what would have been our Mother’s 60th birthday, we remember her love, strength and character – qualities that made her a force for good around the world, changing countless lives for the better. Every day, we wish she were still with us, and our hope is that this statue will be seen forever as a symbol of her life and her legacy.”

“Thank you to Ian Rank-Broadley, Pip Morrison and their teams for their outstanding work, to the friends and donors who helped make this happen, and to all those around the world who keep our mother’s memory alive.” He simply signed the note, “Prince William and Prince Harry.”

The occasion marks the first time that Prince William and Prince Harry have seen each other in person since Prince Philip’s funeral, which took place just a few weeks after the Duke of Sussex spilled the royal family’s secrets during a tell-all interview with Oprah Winfrey.

The piece was commissioned by the princes in 2017 to mark the 20th anniversary of the Princess of Wales’s death and as a way to “recognize her positive impact” on the world. The unveiling was subsequently postponed due to COVID-19. The piece was created by artist Ian Rank-Broadley, a British sculptor whose portrait of Queen Elizabeth appears on all U.K. coins.

ICYMI: the Duke of Sussex flew across the pond last week and has been quarantining at his old home Frogmore Cottage in advance of the event. Unfortunately, Meghan Markle did not take the trip and opted to stay home with Archie and the couple’s newborn, Lili.

We’re happy to see the brothers back together to honor Princess Di.