Prince George may be the eldest son of royal VIPs Prince William and Kate Middleton, but he still calls his dad by ﻿an informal nickname (﻿that happens to be slightly different from the one used by Princess Charlotte).

People magazine decided to travel back in time and highlighted a report published in November 2018. During that year, the Cambridge couple visited Leicester in the English Midlands to pay tribute to Vichai Srivaddhanaprabha, who was the chairmen of the city’s football club.

The Duchess of Cambridge revealed that all three of their children—George (9), Charlotte (7) and Prince Louis (4)—have cute nicknames for their father. Switzerland soccer player Fiona Sturgess said, “Kate said that William was playing football with the children last night and one of them said, I think it was George, ‘Are you playing football tomorrow, Pops?’” 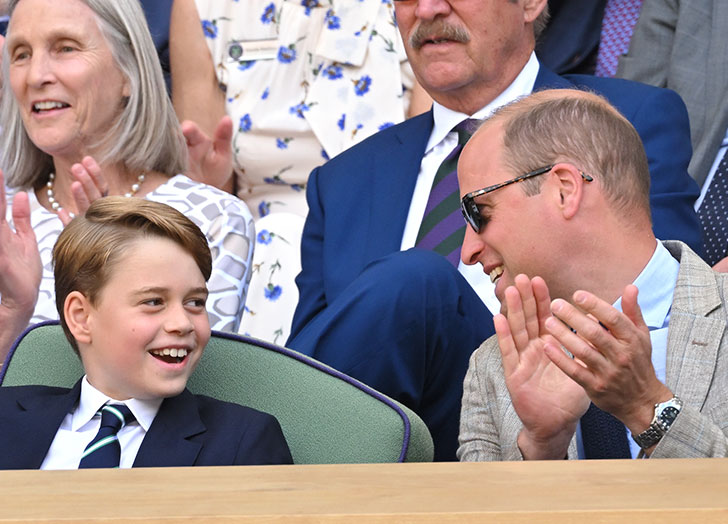 Though George’s nickname is quite common, it shares a striking resemblance to his younger sister’s nickname for William. Hello! Magazine recently reshared a card that Princess Charlotte wrote to her late grandma, Princess Diana, on Mother’s Day last year. In the letter, she revealed her nickname for her dad: Papa.

Now we can’t help but wonder: What nickname does Prince Louis have for his dad?

Prince George Is Turning 9! The Young Royal Is All Smiles in Brand-New Birthday Portrait