Meghan Markle and Prince Harry recently stepped out for an extravagant night in New York, where they made a special appearance at the annual Ripple of Hope Awards Gala. Not only did the Duchess of Sussex steal the show with her stunning white ensemble, but she also wore an accessory that previously belonged to the late Princess Diana.

Last night, the royal couple was honored with the Robert F. Kennedy Human Rights Ripple of Hope Award for their impactful work with the Archewell Foundation. When Markle stepped onto the red carpet, she completely turned heads in a white off-the-shoulder dress that was crafted by French fashion designer Nicolas Ghesquière. 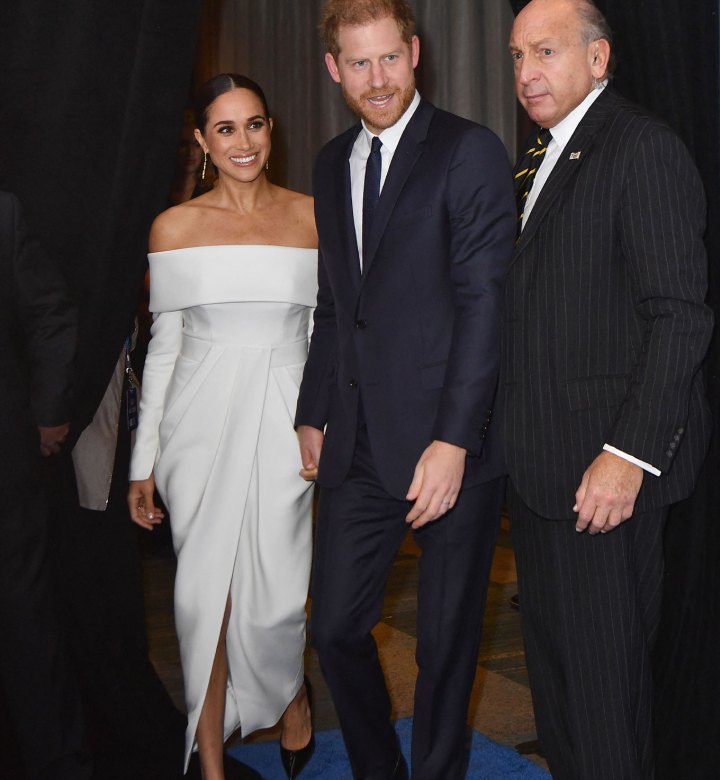 And Markle chose to add a pop of color to the elegant gown by Nicolas Ghesquière for Louis Vuitton (P.S. We found some impressive lookalikes for less) with a beautiful aquamarine ring. It once belonged to the late Princess Diana (formerly known as the Princess of Wales). But this is not the first time the duchess has worn the ring—in fact, she wore the stunning accessory at her wedding reception back in 2018. 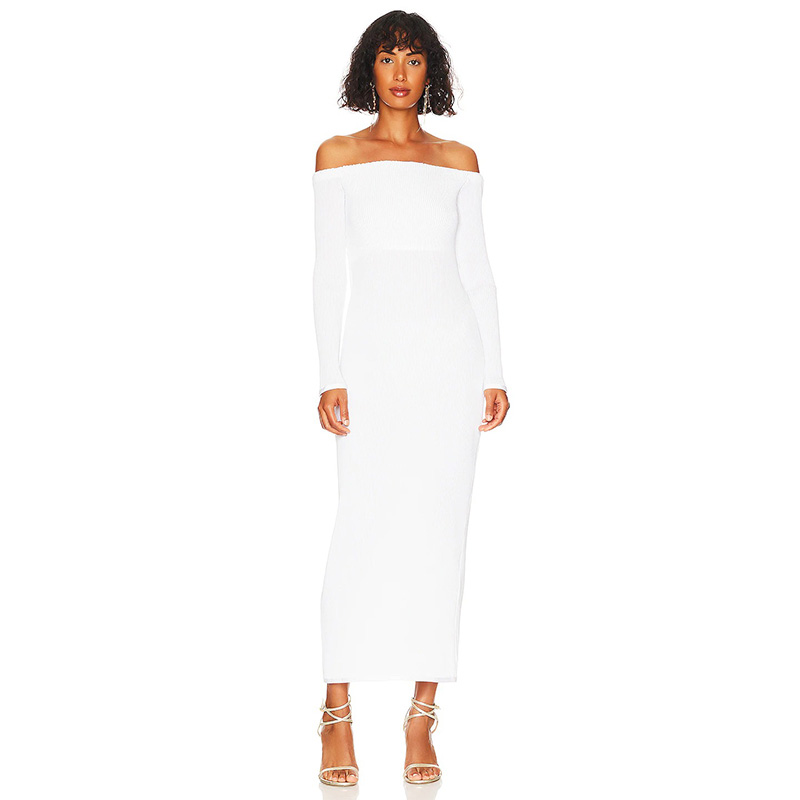 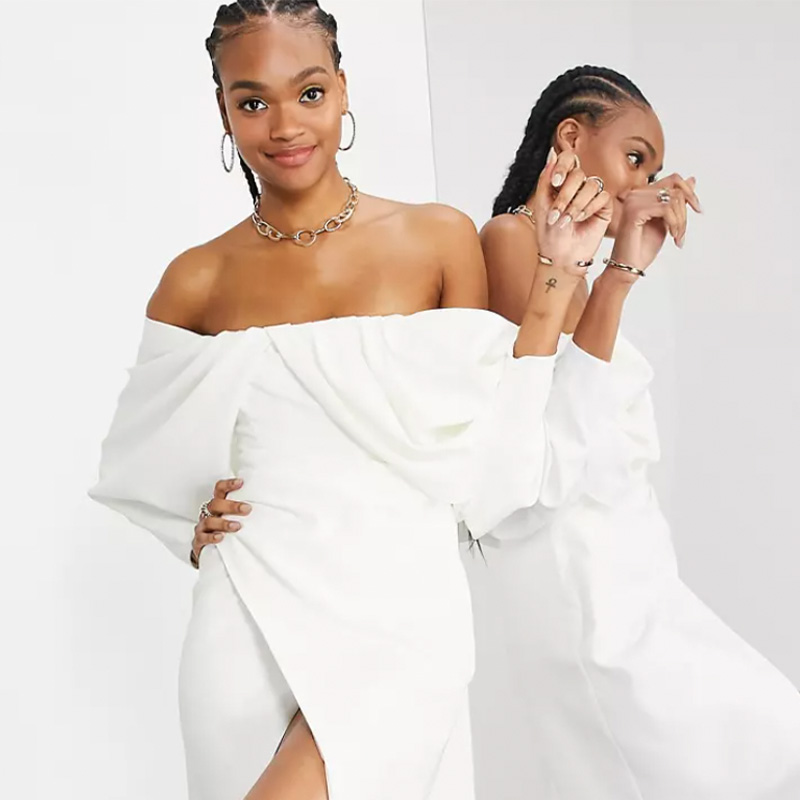 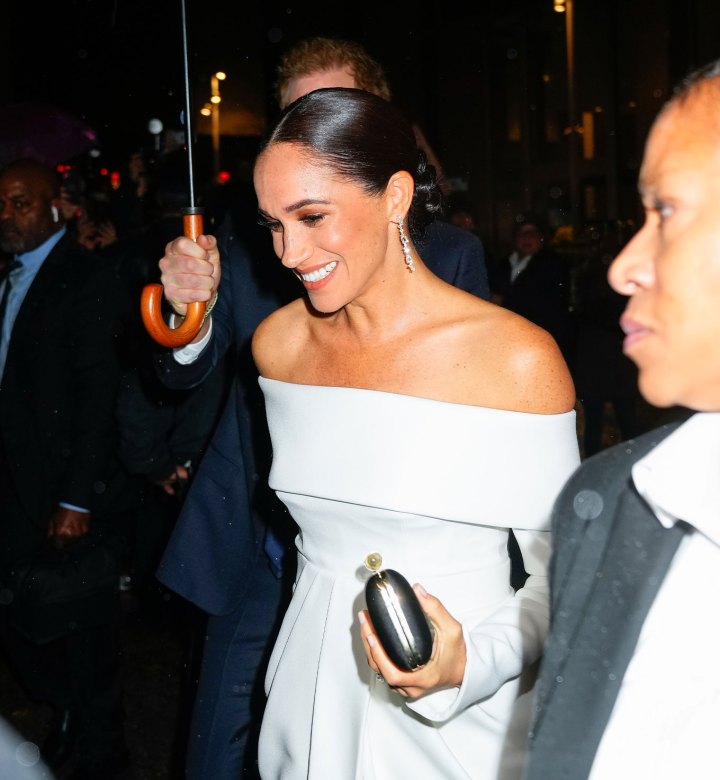 Her Carolina Herrera Kaleidoscope gold earrings featuring crystal embellishments are also worth noting. They're sold out right now, but we found super comparable styles starting at $44.

BTW, this latest appearance comes a few days after Netflix unveiled the official trailer for the couple’s new docuseries, Harry & Meghan. The six-episode documentary will explore Prince Harry and Markle’s publicized relationship. Additionally, the series will offer an inside look at how the royal couple has dealt with heavy media scrutiny. 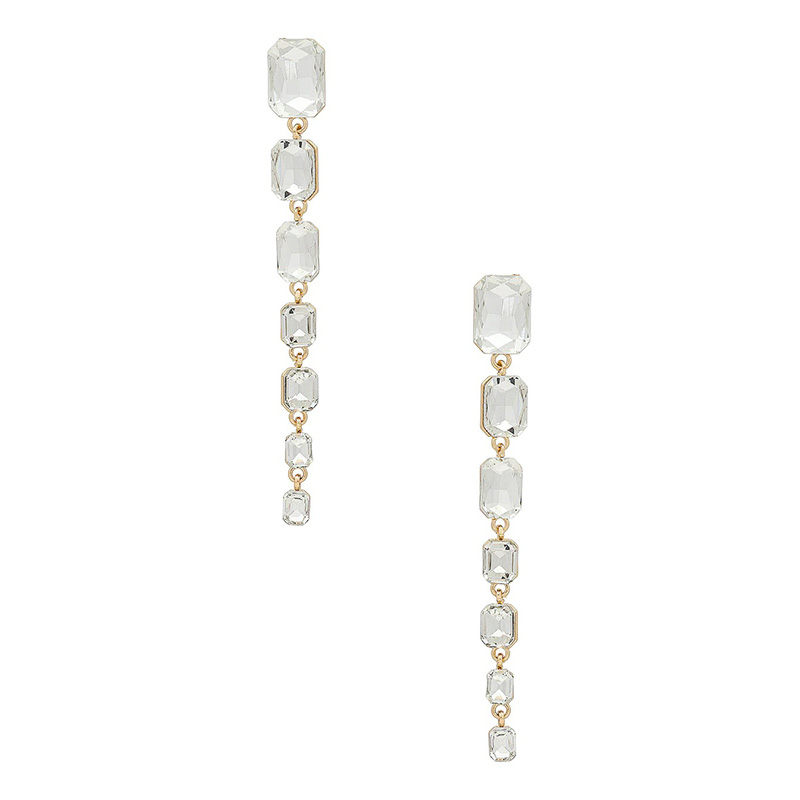 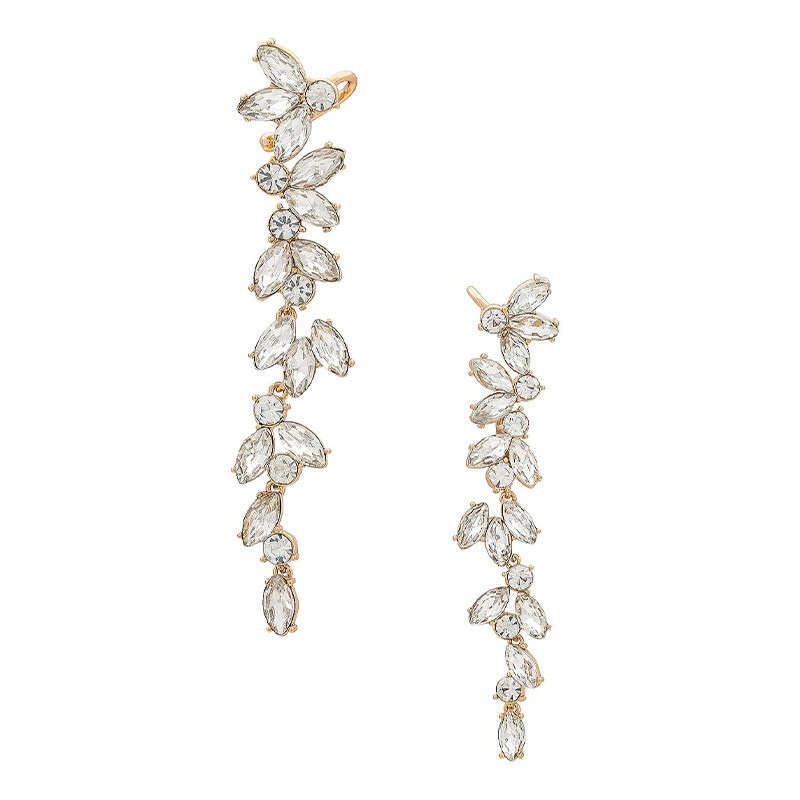