Kristen Stewart may not be royal in real life, but she sure did look like it on last night’s red carpet.

On Tuesday, the 31-year-old actress attended the Los Angeles premiere of her upcoming film, Spencer, where she plays the late Princess Diana. For the event, Stewart looked stunning in a black crop top and matching skirt from Chanel.

The top featured thin straps, while the sheer skirt was adorned with ribbon and lace. We’re not surprised the Charlie’s Angel actress opted to wear the designer, considering she’s a longtime ambassador for the brand. While this outfit is a stark contrast to Princess Diana’s wedding dress, which she sports in the film, the look is equally as glamourous.

See the full ensemble below. 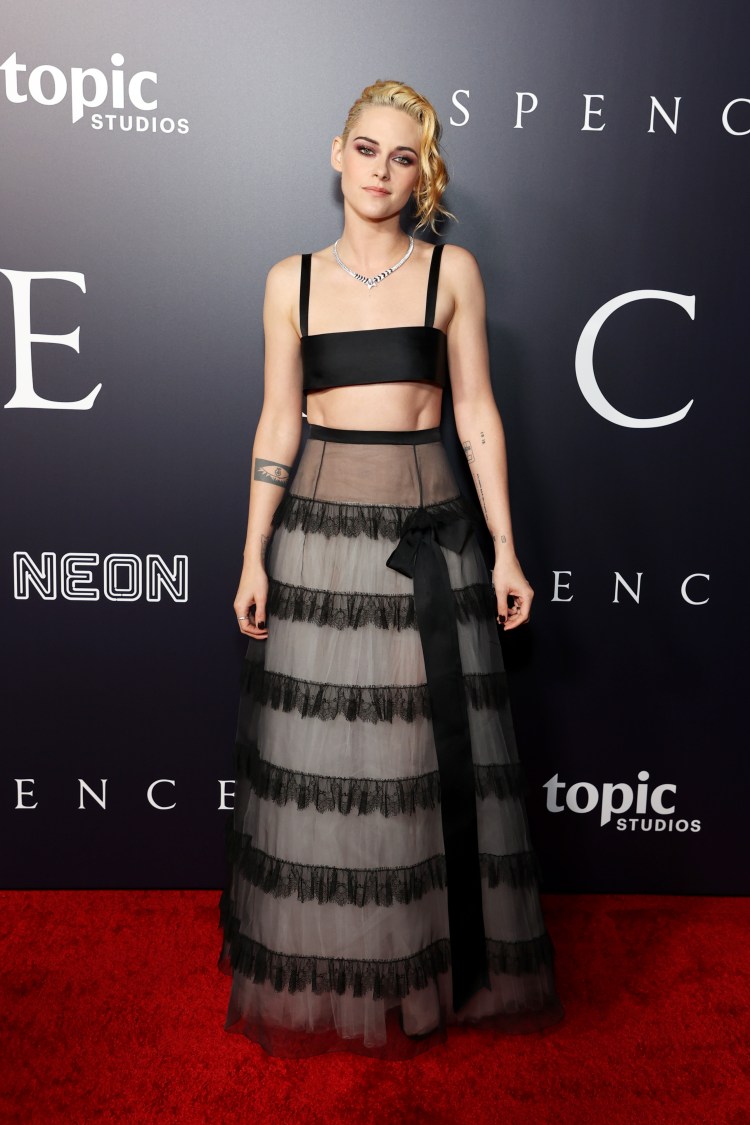 The film, which is set to premiere on November 5, takes place in the ’90s, right when Princess Diana realizes that her marriage to Prince Charles is headed for divorce. Since the story spans only three days, it highlights her heartbreaking decision to walk away from a future as queen consort. (It’s important to note that, although it is based on true events, the flick is a fictionalized account of “what might have happened during those few fateful days.”)

Elevation Pictures dropped the first full-length trailer for the highly anticipated movie late last month. Since the first screening, Spencer has continued to receive rave reviews online, including a 91 percent on Rotten Tomatoes.