Kate Middleton is getting back to royal business. Kensington Palace has announced the 39-year-old’s first engagement since her much-needed summer break. Oh, and it’s tomorrow. 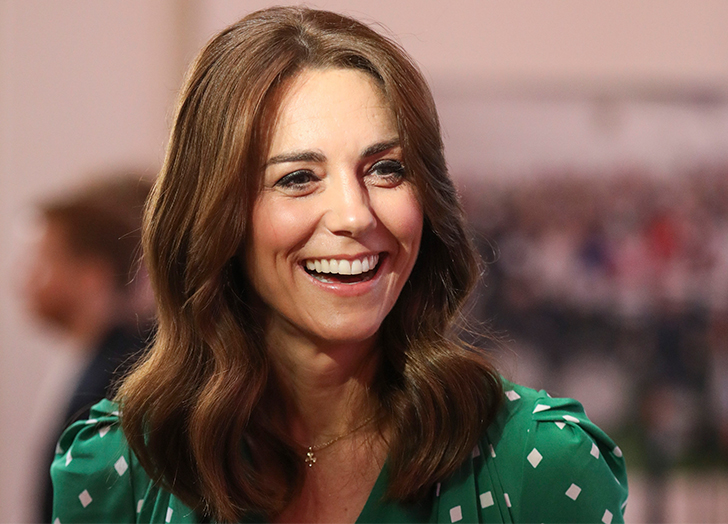 Per The Mirror, the Duchess of Cambridge is set to visit RAF Brize Norton in Oxfordshire on Wednesday, where she’ll meet with individuals who helped evacuate thousands of Afghans during Britain's Operation Pitting. The project, which is the largest humanitarian aid operation run by the U.K. in decades, airlifted over 15,000 people from Kabul last month.

The event will mark the duchess’s first official engagement since July, when she attended the Wimbledon tennis championship finals.

During her summer hiatus, Middleton spent a ton of quality time with her husband, Prince William, and their three kids—Prince George, Princess Charlotte and Prince Louis. The family of five even visited Queen Elizabeth at her summer residence Sandringham.

However, to end her time off, Middleton and her squad traveled to a small village in France to attend the nuptials of her younger brother, James Middleton, and his longtime love Alizee Thevenet.

The couple said “I do” on September 11 during an intimate ceremony that included about 50 guests. James announced the exciting news on Instagram on Sunday.

“Mr & Mrs. Middleton,” he wrote in the caption. “Yesterday I married the love of my life surrounded by family, friends and of course a few dogs in the beautiful village or Bormes-les-Mimosas. Words cannot describe how happy I am.”

Can’t wait to see you back in action tomorrow, Kate.